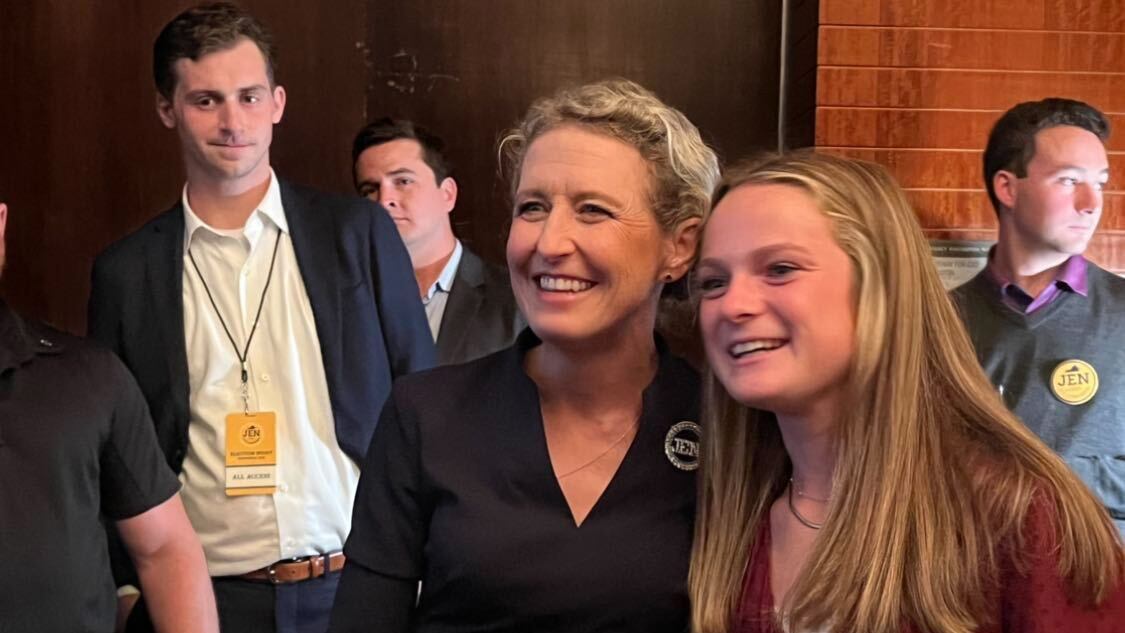 The ballroom at the Westin in Virginia Beach’s Town Center was abuzz for hours, long before Kiggans took the stage to announce her victory.

Kiggans said in her victory speech that she wants to “restore American strength in our economy, at our borders, in our community and on the world stage.”

Cheers of “USA” and “Jen” boomed through the hotel ballroom and supporters in cowboy hats and draped in American flags rushed for photos after her speech.

The district includes Virginia Beach, Chesapeake, the Eastern Shore and much of Western Tidewater.

“I’d like to thank my opponent, Elaine Luria, who fought a hard-fought battle in this race,” Kiggans said. “And although we may differ in our political ideologies, we certainly share a love for our Navy and a love for our country.”

At a Holiday Inn in Virginia Beach, Luria supporters watched a CNN live stream on a big screen as the results came in – cheering for Democratic wins, booing for Republican ones. When Kiggans ultimately prevailed, supporters slowly trickled out.

But many stayed for Luria's concession speech shortly before 11 p.m. She said she'd called to congratulate Kiggans, prompting loud booes from her supporters.

“Please don't boo," Luria told the crowd. "Because the success of this district depends on her success."

The peaceful transition of power is a cornerstone of our democracy, and I congratulate Jen Kiggans on her win and wish her success. I have instructed my team to be as helpful as possible to ensure a smooth transition and continue providing constituent services Coastal Virginians.

Luria raised almost three times as much money as Kiggans. In total, the two candidates spent $10 million in their campaigns.

A special election will be held to fill out the rest of her 4-year term.