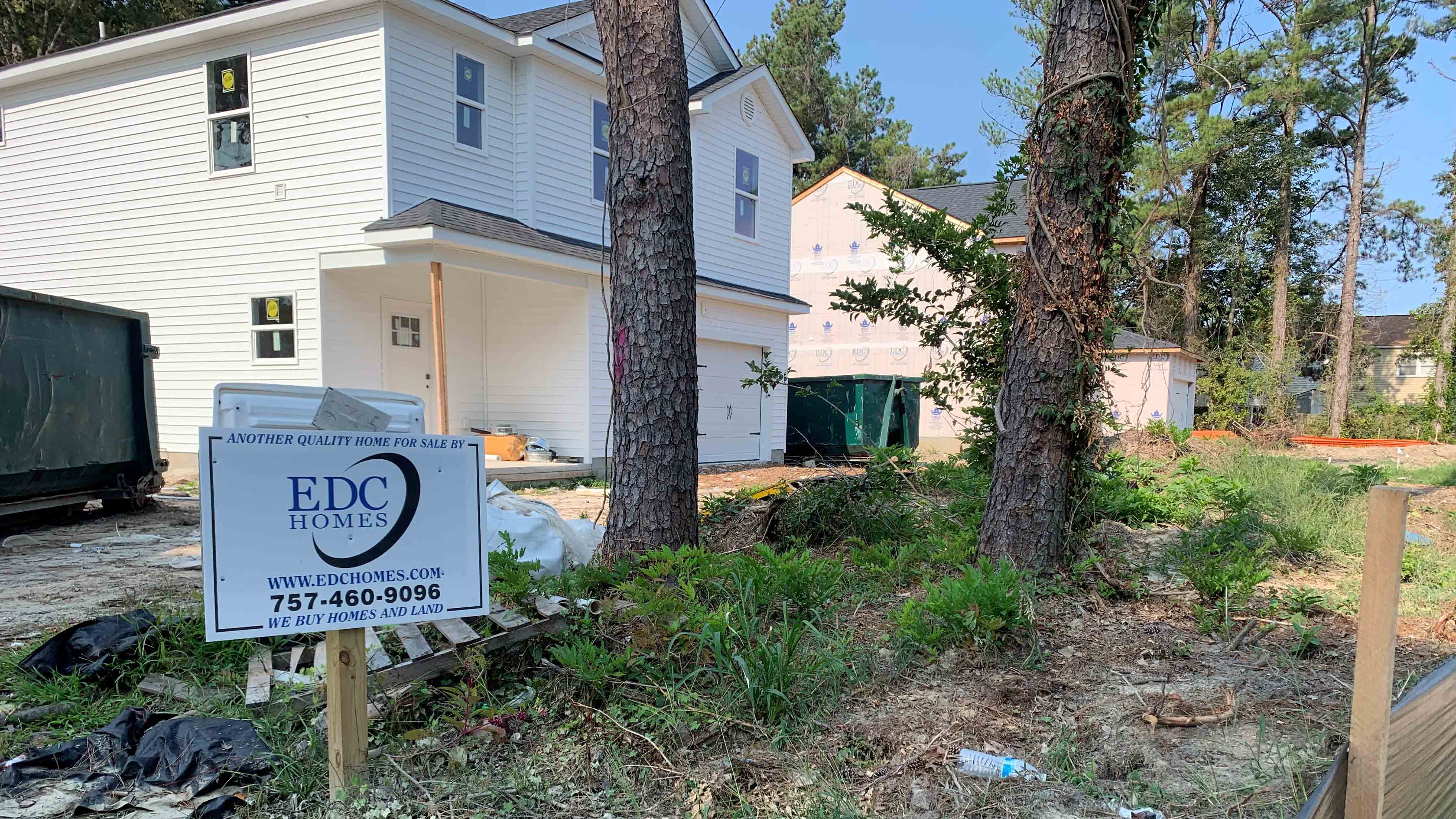 Photo by Mechelle Hankerson. In 2016, researchers found Virginia Beach could begin addressing rising housing costs is to incentivize more dense development, like this lot in the northeastern part of the city that went from one home to several.

The pandemic changed the housing market in Virginia Beach. A study will show leaders exactly how.

Virginia Beach will spend $100,000 on an updated housing study to learn about market conditions, home prices, and housing availability.

“So many things have changed in light of the pandemic,” said Ruth Hill, Virginia Beach’s Director of Housing and Neighborhood Preservation. “Particularly the shift in rents in our city.”

“One of the things I really wanted to work on was reinvigorating the strategy for affordable housing in our city, because it so needs it,” Hill said.

A WHRO analysis found 34% of Hampton Roads residents spend more than 30% of their income on housing costs, which makes them cost-burdened, according to the U.S. Department of Housing and Urban Development.

That's a higher proportion than any other metro area in Virginia and above the national average.

Virginia Beach last published a housing study in 2016. That study found cost burdens had increased – and affordability decreased – in the previous 11 years.

In most of the top industries in the city, average wages weren’t enough to cover the median rent of $1,200. A recent WHRO analysis found median rents in the region are now closer to $1,400.

That study also found Virginia Beach, since its incorporation from Princess Anne County in 1952, grew in “an almost unilaterally suburban fashion.” The study warned a city made up almost completely of suburbs wouldn't always be appealing to consumers -- especially as millennials become those consumers.

Similarly, the housing stock was aging significantly. At that time, most housing in the city was built prior to 1990, and only 3,600 dwellings had been built between 2010 and 2016.

The 2016 study proposed solutions, like investing in housing near public transit lines. Researchers also suggested transitioning from the creation of single-family homes to multi-family homes, like townhouses or apartments.

None of those recommendations were undertaken.