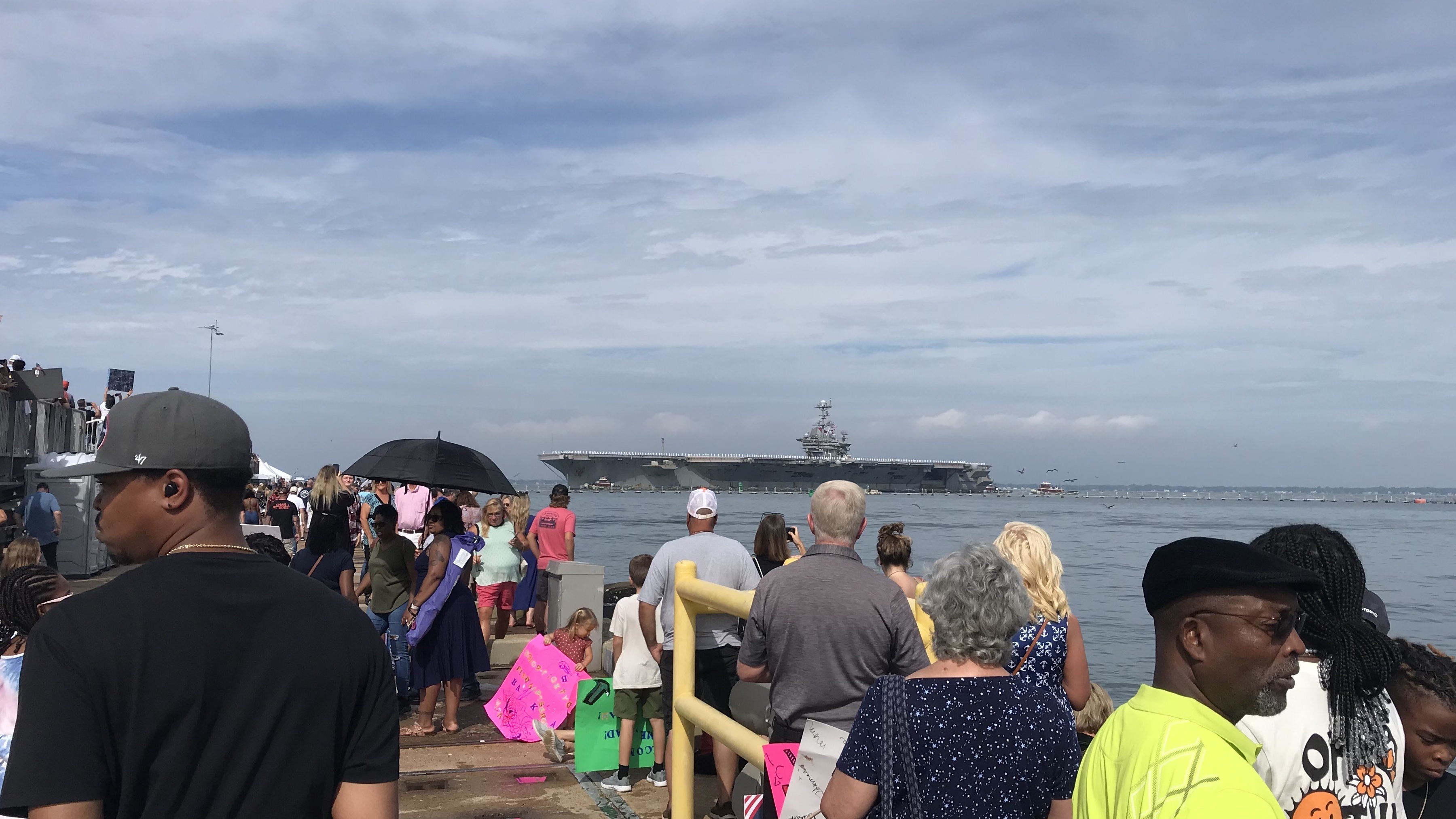 Photo by Paul Bibeau. U.S.S. Harry S. Truman returning to Norfolk earlier this month after 286 days at sea. The Navy met its retention goals last year, but the question of whether the military can retain people with the skills it needs is more complicated.

On paper the Navy met its retention goal last year.

But whether the military is keeping people with the skills it needs is a bigger question mark.

Anthony Cordesman is a national security analyst with the conservative-learning Center for Strategic and International Studies.

He spoke with WHRO’s Paul Bibeau about the military’s personnel challenges.

Paul Bibeau: Thank you for talking to us.

PB: The military has faced recruitment problems for some time now, but the Pentagon, where military policy and orders typically come from, is also having trouble finding and keeping highly and specifically trained people. What's causing that?

AC: Until inflation kicked in, basically people could leave the military, particularly the better trained ones, and often get a higher paying job and a more secure economic position relatively easily. But that's in transition now, so we don't have a clear set of patterns. We had very good retention up until the sort of major flood of money that came as a result of COVID in terms of popular domestic spending. But today, the figures are much more uncertain.

PB: What does the data tell us about how the military is retaining people? What do the numbers not tell us?

AC: The overall retention rates don't tell you anything about what's happening to the best educated, the best trained people in special skill levels, particularly ones like computer use and space, high technology in terms of any kind of weapon systems, but particularly aerospace and electronics and communication.

PB: Who are the people leaving the military? Where are they going and what skills are they bringing with them?

AC: In terms of the data that are published publicly, first, they tend to lag several years. So you don't really know what the current trends are. And second, they don't get down into the specifics by skill level. And as we look at the numbers, we see that particularly when people are younger in the first five or six years of service and they acquire special skills or even show leadership and high quality at the enlisted or noncommissioned officer level, there is a tendency to leave when the economy offers them good wages and better career positions.

PB: The Pentagon's needs are changing as it modernizes. What skills are going to be in higher demand?

AC: We really don't have good answers. We are evolving towards some kind of new computer oriented, artificial intelligence oriented approach to warfare, which affects virtually every operation and weapon system we have. And no one as yet can predict what kind of skill levels are going to be required 5 to 10 years in the future.

PB: Women continue to make up only a small percentage of enlisted personnel and an even smaller proportion of high ranking military officials. What could be done to convince women to join and stay in the military?

AC: Women have to perceive that the military offers true equality of opportunity. In a lot of ways the question you're asking is one that applies just as much to civil society. Women are moving far more quickly towards equality than they were ten years ago. But I don't think anyone would argue as yet they don't face barriers in both the civil and military sectors.

PB: Tony Cordesman, thanks so much for talking about this today.