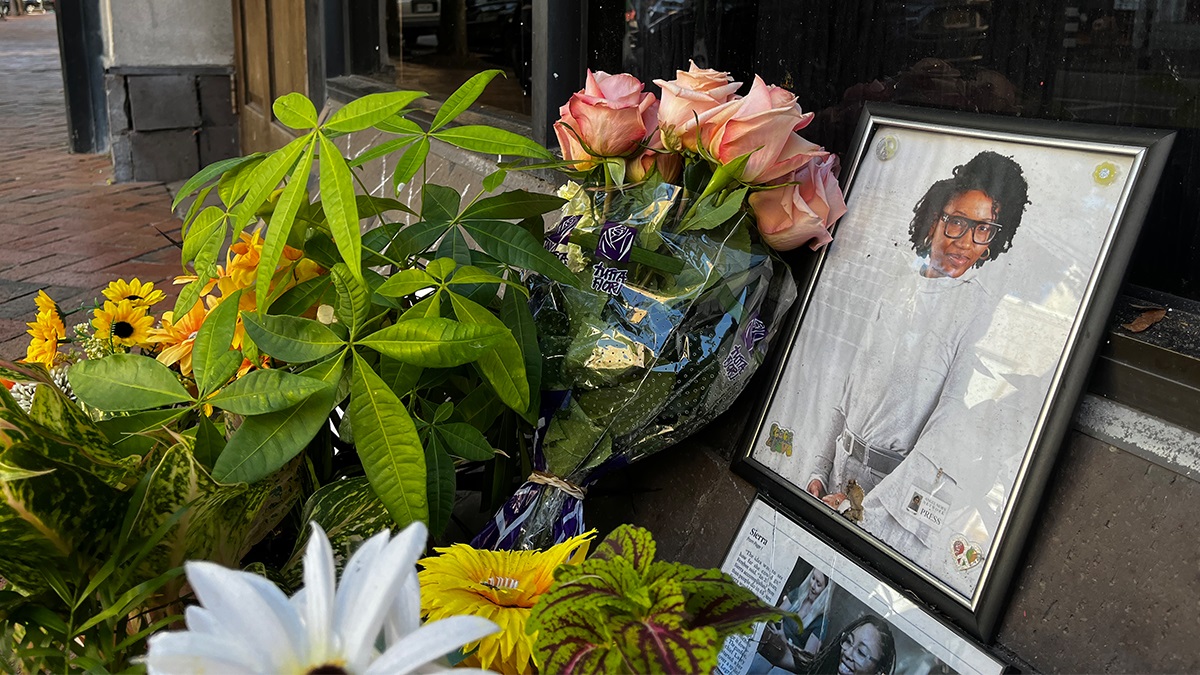 Tough-on-crime rhetoric in Norfolk has ramped up since a March shooting outside a downtown bar left three dead, including 25-year-old Virginian-Pilot reporter Sierra Jenkins. (Photo by Ryan Murphy)

Sixty-one people were murdered in Norfolk last year. That made 2021 the deadliest in 25 years - and 2022 is on track to be even worse.

So far, 51 people have been killed in Norfolk this year, with more than three months left.

As the body count in Norfolk rises, so does pressure to do something about it.

City officials point to the steps they’ve taken, from bolstering an under-staffed police force to putting up cameras and bringing in community violence mediators.

But at the same time, those officials are clearly frustrated.

With two consecutive years of dramatically elevated gun violence and killings, the public rhetoric of many Norfolk officials has turned to law and order.

At the same press conference where Filer expressed frustration on behalf of city leaders, Mayor Kenny Alexander talked about implementing a “zero tolerance” policy for crime.

The city’s interim police chief, Mike Goldsmith, has pointed to tactics from the 1990s - the last time Norfolk had more than 60 homicides in a year - as effective means to reduce crime.

“Quite frankly, some of this was about incarceration. So you saw, you know, three-strike laws come into play and zero tolerance crime policies,” Goldsmith said. “And, you know, all of that worked together to drive the crime rate down through the 90s.”

David Taylor is a criminologist at Hampton University, where he oversees the department of sociology and criminal justice.

He said he’s not surprised to see the rhetoric ramping up like this, especially given the high-profile incidents that have happened in Norfolk’s downtown business hub.

Taylor said the language and policies being discussed have historically had racial undertones.

He said he understands that officials have a responsibility to keep the streets safe, but noted that policing tactics of the 1990s resulted in disproportionate arrests of young Black men, often for minor offenses.

“You don't want things to get carried away if the people, a certain group of people become the target of this law and order mentality,” Taylor said.

Filer, the city manager, said he has no intention of repeating the mistakes of the ‘90s.

“We are all acutely aware of the other problems we will create if the approach to solving this violence is mass incarceration,” he said. “So no one should ever think that we want to go in that direction.”

Goldsmith, the police chief, acknowledged that many law enforcement tactics from 25 years ago weren’t best practices.

“I'll tell you that writing everybody a summons in the neighborhood after a while gets old and becomes a burdensome policing practice that we shouldn't be engaging in,” he said.

Goldsmith said things like that didn’t foster good relationships between the police and the neighborhoods they were policing, which is important to solving crimes.

To match more aggressive policing, though, some Norfolk officials have also indicated they want to see more aggressive prosecutions, pointing fingers at the Commonwealth’s Attorney’s office.

“Norfolk residents deserve a prosecutorial philosophy and practice that keep offenders off the streets,” Mayor Alexander said at the press conference after the Killam Avenue shooting.

Goldsmith has also said publicly he and the Commonwealth’s Attorney Ramin Fatehi don’t see eye to eye on certain things.

Fatehi said if officials think his approach needs changing, that’s news to him.

“My door has been open. My phone has been on. And if there are any concerns that anybody has, they know how to find me and they're welcome to communicate them to me. If I haven't heard any concerns, then there must not be any concerns,” he said.

Fatehi is part of a wave of progressive prosecutors who say that social justice should be a guiding force.

For instance, Fatehi's office has a standing policy to offer plea deals on crimes like some frauds, larcenies and drug possession to reduce them from felonies to misdemeanors.

That runs counter to the zero-tolerance tactics which historically meant harsh sentences for minor crimes.

“I have worked to build community trust by demonstrating that we are not fueling mass incarceration, that we're not we're not gratuitously putting low level criminals in prison for sentences longer than they deserve,” Fatehi said. “Everybody should serve a sentence they deserve. Any sentence beyond what they deserve is unjust.”

The priority should be addressing root causes of crime, not just locking people up, Fatehi said

“You can’t jail your way out of this problem.”

When asked about their comments on Fatehi, both Alexander and Goldsmith demurred.

Alexander said he didn't have specific gripes himself, but alluded that he'd heard some concerns from others.

Goldsmith only said his department has a working relationship with the Commonwealth’s Attorney’s office that they are continuing to develop.