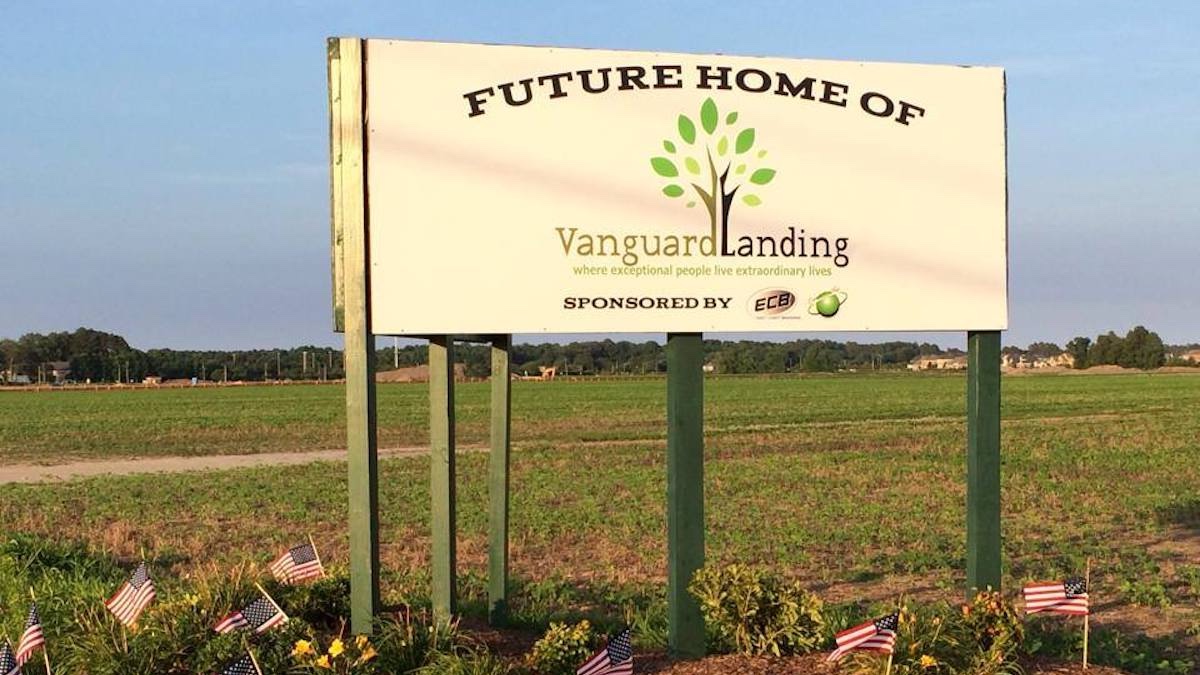 Virginia Beach leaders cleared the way for a nonprofit to access state funding that could help build a community for people with developmental disabilities. But they did so over state advocates’ continued criticism that the project segregates people with disabilities.

City Council unanimously approved a special revitalization designation for the property where the nonprofit plans to build Vanguard Landing.

It’s the first step to make the project eligible for a loan from Virginia Housing, the state’s development authority.

Critics of the planned community have “continued concerns” about the plan said Teri Morgan, executive director of the Virginia Board for People with Disabilities. She told City Council the plan would isolate people with disabilities from the larger community.

A spokesperson for Virginia Housing confirmed to WHRO Vanguard Landing has applied for financing, and Virginia Housing has sent them a loan commitment letter. If the Beach nonprofit meets certain criteria, the authority is willing to loan them money.

The document shows the total cost for Vanguard Landing is approximately $34 million. Virginia Housing is willing to support the project with two mortgage loans that total $25.8 million.

Vanguard Landing is a grassroots nonprofit that formed more than a decade ago to raise money for a community that would provide housing, recreation and other amenities to people with intellectual or developmental disabilities.

The planned community would resemble neighborhoods that have central areas with clubhouses, pools and small shops. A site plan for Vanguard Landing shows more than 20 buildings on a 75-acre site at Princess Anne and Sandbridge roads.

Debbie Dear, executive director of Vanguard Landing, has said residents of the community would be able to come and go, and people from outside the neighborhood would also be welcome. There would be space for people without disabilities to live in the community, a key part of keeping the project aligned with federal law and making it eligible for certain Medicaid waivers.

Virginia is under a settlement agreement with the Department of Justice because of violations of the Americans with Disabilities Act. The order required Virginia to close most of its training centers and enact policies to encourage more integrated living conditions for people with disabilities who need assistance in their day-to-day life.

Tonya Milling is the executive director of the Arc of Virginia, a nonprofit that helps people with disabilities.

She said Vanguard Landing has several red flags that suggest it wouldn’t follow terms of the settlement.

The Virginia Beach Development Authority gave the nonprofit a $2.9 million no-interest loan in 2013 to purchase city-owned land for the project.

Construction at the Vanguard Landing site hasn’t started. City staff is in the process of reviewing site plans, one of the first steps in the development process.

On its website, Vanguard Landing lays out a number of reasons why construction is delayed, including waiting for the completion of various city studies related to flooding and stormwater.

Paul Bibeau contributed to this report.