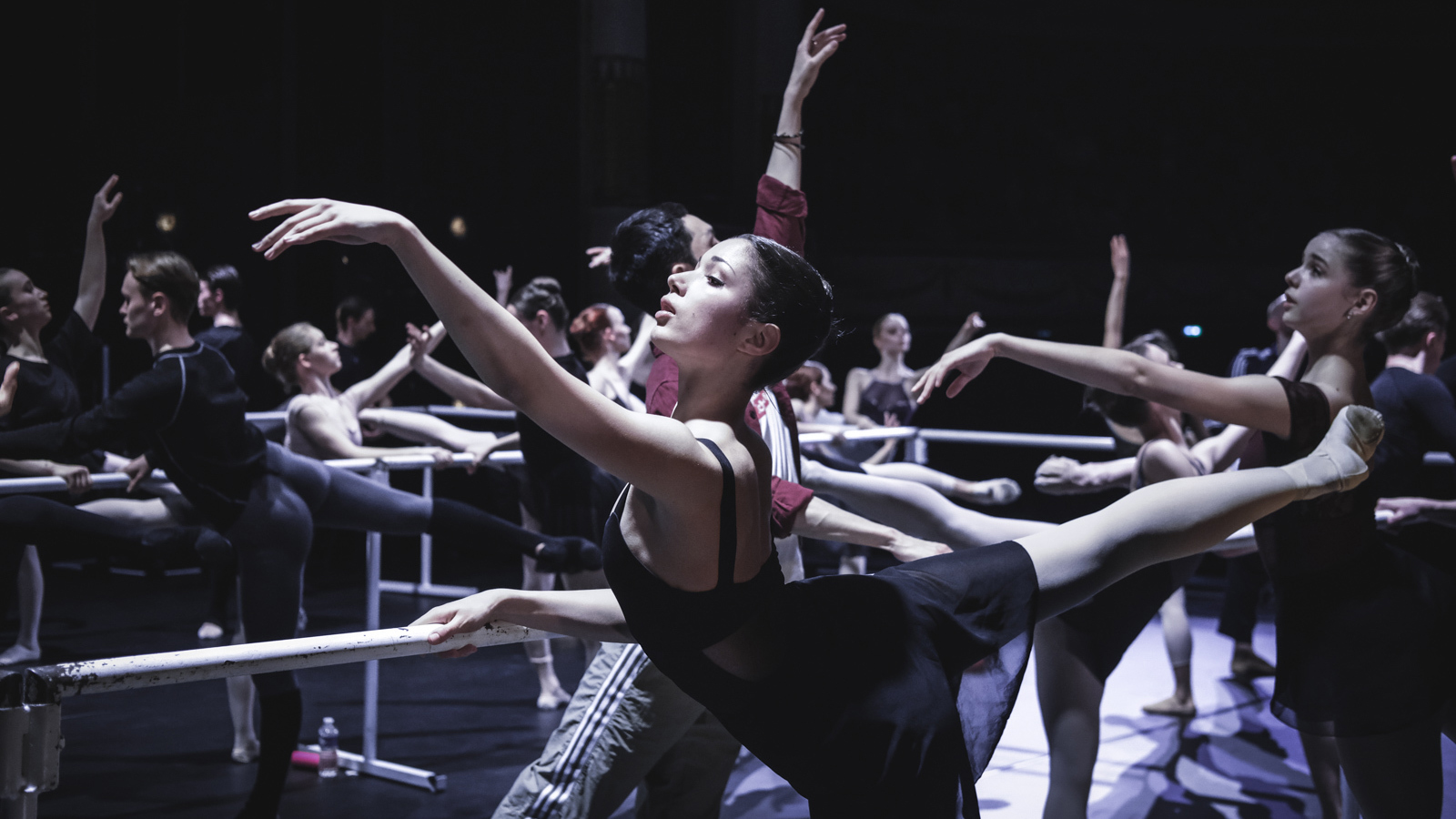 A dancer with the Kyiv City Ballet of Ukraine. The company is performing in Suffolk this week.

While war rages at home, the Kyiv City Ballet stops in Hampton Roads

On Feb. 23, members of the Kyiv City Ballet got on a plane to Paris.

They didn’t know it at the time, but their flight was one of the last out of their home country before Russia invaded.

“On the next day, on the 24th, we realized that our country (was) being bombed,” said Ivan Kozlov, founder and artistic director of the ballet company.

They had gone to France for a three-week tour. But they weren’t able to return home and ended up staying much longer – through earlier this month.

In the meantime they performed to sold-out crowds throughout Europe.

Now the dancers are in Hampton Roads. It’s one of the first stops on the Kyiv City Ballet’s first U.S. tour that began last week in North Carolina.

The ballet company arrived in Suffolk Monday and has been working with local students to teach ballet and share Ukrainian culture.

Mayor Mike Duman said in a statement the city is “privileged to welcome” the ballet.

“Our community has watched the events in Ukraine with despair, and now it is our honor to offer a safe respite for these dancers, at least for a few days, while they share their art with us.”

The residency at the Suffolk Center for Cultural Arts includes a performance Wednesday night of three Ukrainian ballets, including a folk dance titled “Men of Kyiv” and a newly choreographed dance called “Tribute to Peace.”

Kozlov said the latter was specially made before the U.S. tour.

“This is about peace, about love,” he said. “We would love to see a world like this without war anywhere and without any problems.”

The local stop will then wrap up with a performance of “Swan Lake” Thursday night.

Kozlov said there are about three dozen dancers on the tour ranging in age from 18 to 37 or so.

For some it’s their first time in the States. Others have traveled here in the past with other companies – as did Kozlov, when he was a dancer before starting the City Ballet in 2012.

“We’re trying to show our culture all over the world,” he said.

Dancing despite the situation back home is difficult, he added.

“But it’s motivating, you know, that we represent our country right now. We’re working, we’re dancing. We’re fighting for our country from the stage.”