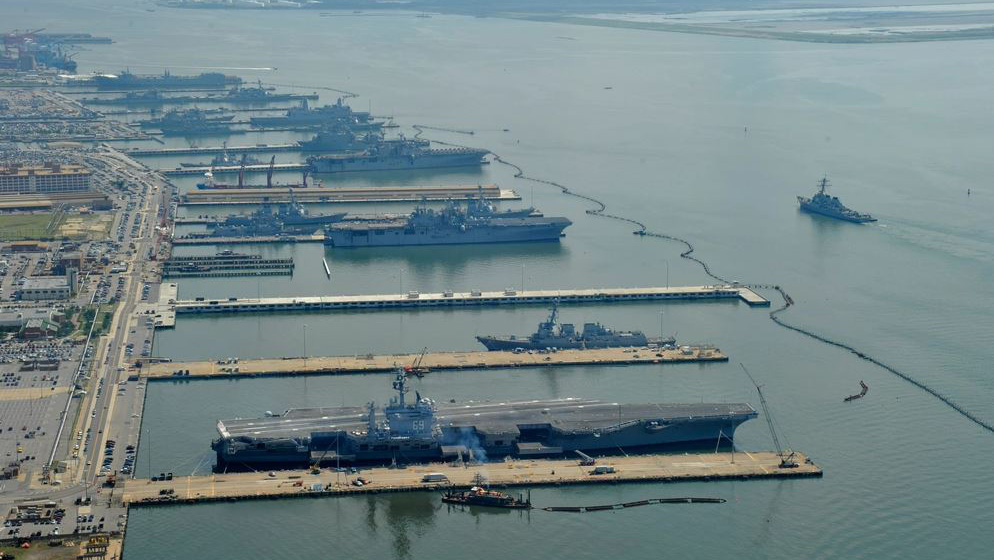 Hampton Roads is on the front lines of the battle against sea level rise and home to several of the nation’s largest military installations.

That combination deserves more attention from the federal government, local lawmakers said in a recent letter to President Joe Biden.

The plea comes from Virginia Sens. Mark Warner and Tim Kaine, along with Reps. Elaine Luria, Rob Wittman, Donald McEachin and Bobby Scott, all of whose Congressional districts touch parts of the region.

They’re asking the Biden administration to create a new position under the Department of Defense devoted to coordinating resilience efforts in Hampton Roads.

They call it the Interagency Coordinator for Regional Resilience.

Local governments have led most of the resilience work to date in Hampton Roads, the lawmakers wrote in the letter earlier this month.

“However, given the federal government’s large footprint in Hampton Roads, there is a need for federal agencies to play a more active role in the region’s ongoing efforts...

Such an approach would help the whole region proactively address the growing threat of climate change and, in doing so, prevent needless suffering, impairment of military readiness, property damage, and loss of life.”

Under federal sea level projections adopted by Virginia for planning purposes, parts of the area are expected to see as much as 6 feet of relative sea level rise between the start and end of the 21st century.

The term “relative” refers to not just rising waters but the sinking of land called “subsidence,” which accelerates the water’s impact.

Military leaders have spent years studying how this will impact bases in Hampton Roads through what they call Joint Land Use Studies.

Officials found many installations highly vulnerable to flooding and sea level rise in the decades to come – Naval Station Norfolk and Langley Air Force Base in Hampton in particular.

A resilience coordinator position would build on that work, the lawmakers said, spearheading plans between the Department of Veterans Affairs, NASA, the Interior Department and more.

There’s a lot of resiliency studies or planning work that exclude federal facilities and property, Luria said in an interview with WHRO.

The local bases are “a huge part of our local economy and military readiness,” she said. “We’re leaving out a critical aspect in the planning that needs to happen.”

Climate adaptation is a long-term issue for the region, she said. It’s therefore important to have someone in a long-term position to provide stability to the efforts, even as military leaders and elected officials come and go.

McEachin told WHRO there’s already communication between the agencies and local or state governments. But a coordinator could ensure there’s “appropriate communication.”

“The local governments have put together some great plans. They’ve got some great initiatives going forward,” McEachin said. ”But we haven’t been able to close the deal and do the things necessary to make sure … that we’re truly resilient and ready for the impending sea level rise.”

The group requests that Biden make the position through executive action rather than legislation. He has not yet responded.