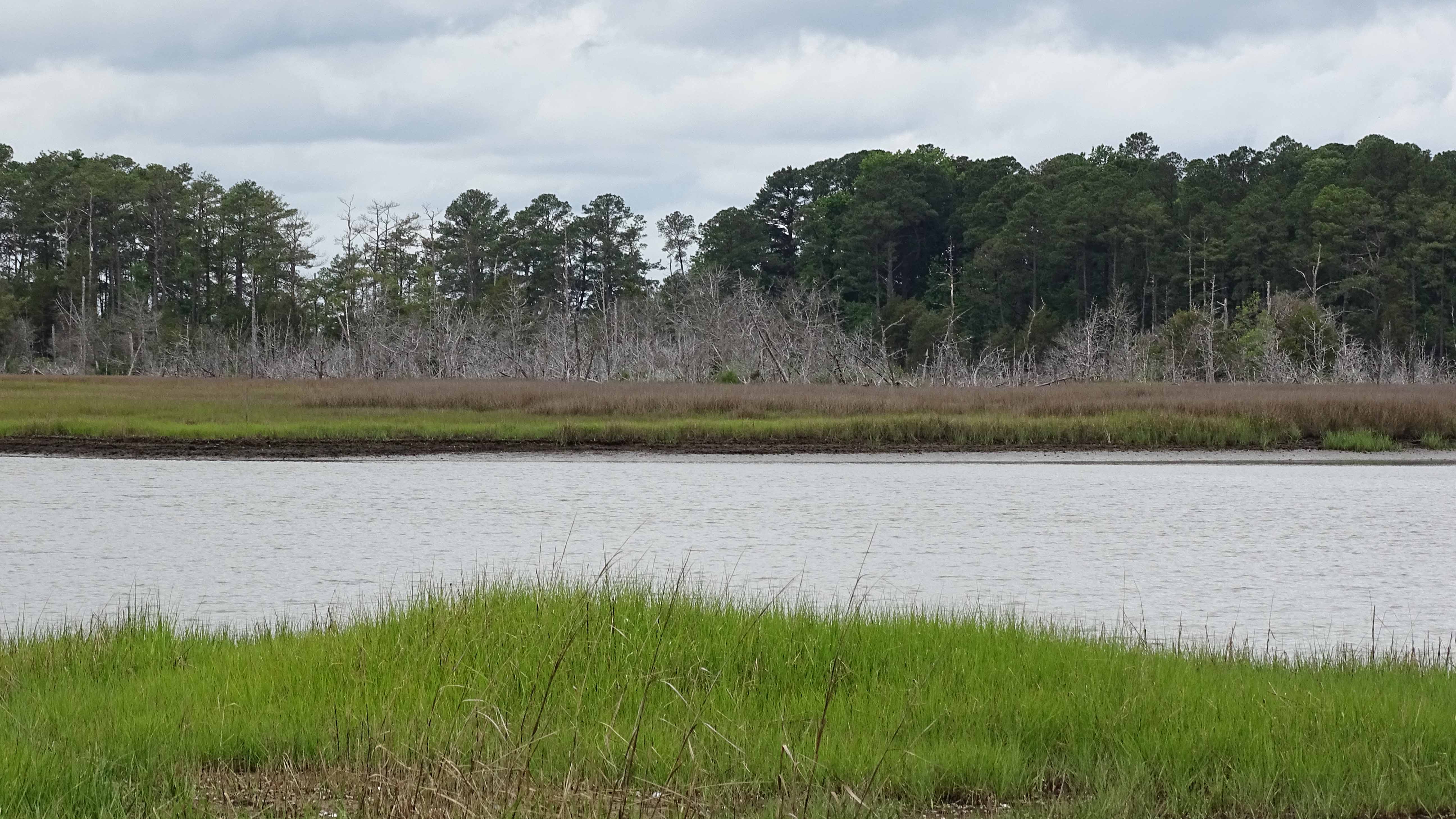 But there are many threats to these forests – both right now and accelerating in the years to come. They include sea level rise, invasive pests, development, storms and more, according to a recent report.

Trees cover a little over half of the nearly 408,000 acres studied, according to the report.

Meghan Mulroy-Goldman, watershed stewardship specialist with the state forestry department’s eastern region, said officials chose the area because it has a good mix of urban, suburban and rural land to observe.

“I think it’s really important for people to recognize all of the economic, cultural and environmental benefits (of) our trees and forests,” she said. “Whether they're a large stand of trees in a rural area or a single tree that might be in your front yard or on your street, those are providing for everybody.”

The Green Infrastructure Center is based in Scottsville, Virginia and aims to help local governments, communities and developers preserve natural assets. The organization partnered with Virginia to develop and conduct the grant-funded project.

Matt Lee, a community landscape forester with the center, said the goal was not only to investigate threats to the forests, but also help quantify the benefits they provide communities.

That way, local officials can assess what could be lost when making decisions that affect the local landscape, he said.

“These forests have a lot of values and it’s not necessarily values that you see in terms of dollars exchanging hands,” Lee said. “We oftentimes take (them) for granted as a community.”

The report found forests there store about 790,000 tons of carbon each year, remove more than 14 million pounds of ozone from the atmosphere and prevent more than 730,000 pounds of nitrogen from reaching local waterways.

The forests also support more than 330 animal species and contain more than $10 million worth of wood products for the local forest economy.

The team modeled risks from the threats extending four decades into the future to about 2060.

Lee said the group wanted to look far enough into the future to allow long-term planning, but soon enough that people don’t tune it out.

Their analysis says about 2,000 acres of the region’s coastal forest are at high risk from sea level rise in that time frame.

Higher sea levels bring salt water into forests that aren’t prepared for it, which can kill or stress the trees, creating what are known as “ghost forests,” Lee said.

That’s already evident in some spots along the Commonwealth’s coast. So is erosion caused by increasingly stronger storm surge hitting coastal bluffs where trees are receding. York River State Park is a prime example, the report says.

The threats compound each other, Lee said.

Trees stressed from salt water are more at risk of pests and disease. Dead debris then creates a fire risk, which threatens encroaching urban areas, and so on.

Over the past few years researchers held public meetings to get feedback and educate local officials. The report ends with specific strategies the localities are taking or hope to take to combat issues most relevant within their boundaries.

Gloucester County, for example, is most concerned about solar facilities clearing forests.

Anne Ducey-Ortiz, the county’s director of planning, zoning and environmental programs, said they started seeing an uptick in applications for that purpose a few years ago and weren’t sure how to handle it.

“It’s one thing to have a solar facility on an area that’s already been cleared for farmland,” she said. “But timbering of the land and then changing it to a field of solar panels — that’s a pretty big impact.”

When the coastal forest research team came to town, Gloucester County officials let them know about the problem, which was incorporated into the report.

The county’s small staff doesn’t have the resources to hire consultants or do detailed data analysis, so it was helpful to receive it from the state project, Ducey-Ortiz said.

The county approved an ordinance last year that requires large-scale solar farms to get a permit in certain rural areas and limits the total number that can operate there.

People driving through the main corridor of Route 17 might not think of it as a highly forested area, she said. But go further back in the county and the tree cover numbers start to make sense.

“Looking at these landscapes with the marshland and the grasses and the trees, it’s just gorgeous.”