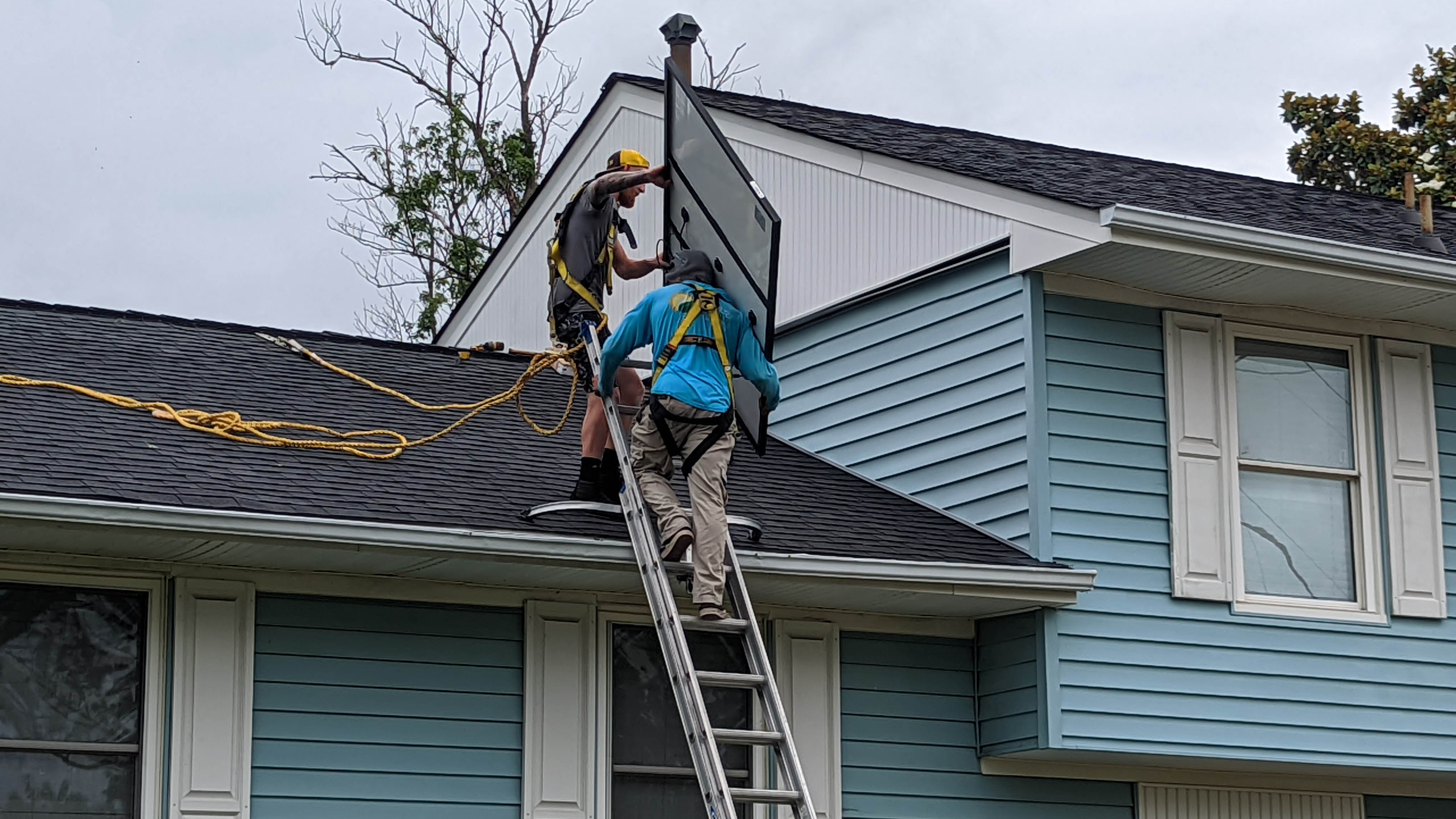 Katrina Dash has long wanted to go solar, but she was a “serial renter.”

It wasn’t until she bought a house in Hampton last fall, she said, that panels became a potential reality.

“As soon as we bought our house, we wanted to start trying to make changes to reduce our footprint,” Dash said. “That's one of our big priorities in our life, to do what we can to be more eco-friendly.”

She researched local options, but found a lot of what seemed like bad actors – companies offering things like panels for no cost whatsoever.

Then she came across Solarize Virginia. It’s an initiative under the Local Energy Alliance Program — or LEAP — a nonprofit focused on energy efficiency out of central Virginia.

A growing number of Virginians are turning to solar power. Small ground and rooftop installs have quintupled in the past five years, according to a statewide survey.

That’s led to a boom in the organizations and companies supporting the industry — including those that aim to help consumers navigate the often changing and confusing landscape.

LEAP, for example, has been expanding in recent years, said program director Katie VanLangen. This is the first year it’s come to Hampton Roads.

“We had a lot of folks writing in, saying, we would love to see this program, we’re interested in going solar,” VanLangen said.

The program’s open to anyone in the region, but Solarize has partnered with the city of Hampton.

That’s how Dash heard of it. She reached out and got a free home assessment from LEAP, ensuring her property was fit for solar panels.

Roof renovation work is one of the major obstacles for people looking to transition to solar energy. Particularly in older houses, owners sometimes need so much work done before even installing panels that it would outweigh potential energy savings.

Typical residential solar panels then cost between $10,000 to $25,000 on average, VanLangen said.

That’s usually not all up front, though. Dash, for example, said she didn’t pay anything at first.

She took out a loan with a term and interest rate that leaves her monthly payments similar to her previous bills.

“It’s essentially replacing what we were previously paying to the electric company,” Dash said. “So our monthly budget will not have to change a whole lot.”

People usually pay off their loans within a decade and retain additional energy savings over the life of the system, VanLangen said.

Nearly a third of Virginians surveyed say saving money is an important reason to save energy, said Ford Carson of Virginia Energy Sense, which is partnered with LEAP. It’s an energy education program under the State Corporation Commission.

“We realize that the upfront cost can be the biggest barrier to switching to renewable energy,” Carson said.

Financing rebates and tax incentive options are designed to ease making the investment, he said.

LEAP is pushing people to get solar panels before the end of this year so they can take advantage of a federal solar tax credit that reimburses homeowners for some of the cost. That credit drops from 26 percent to 22 percent next year.

Virginians may also be eligible for energy credits under the state’s Clean Economy Act passed in 2020, VanLangen said. Those are tied to selling energy back to utilities.

“They were done by lunchtime,” she said.

Now she just has to wait for the energy company to turn it on.

Another local group does similar work, but uses a slightly different model.

Rather than advising individuals, the Hampton Roads Solar Co-op brings together regional groups.

National nonprofit Solar United Neighbors has been launching the co-ops in the area for about six years, said Virginia program director Aaron Sutch.

“Think of it as a loose-knit buying group,” he said, with usually between 50 to 150 people.

But he said the co-op fares better because of economics of scale. The group leverages its numbers to get discounted pricing. Participants then select a vendor through their own competitive process.

Here’s how the nonprofit describes it on their website: “Imagine walking into a solar company’s office with 50 or 100 of your neighbors and saying, ‘We all want to get solar. What kind of deal can you give us?’”

A second barrier is education – people, even those potentially interested in solar power, don’t always know enough about how it works, Sutch said.

“What our program is designed to do is to give people a good sense of their options and encourage them to be educated consumers, ones that can make the best choice,” he said.

SUN also uses the co-op as a representative group, to collectively advocate at the Virginia legislature, for example.