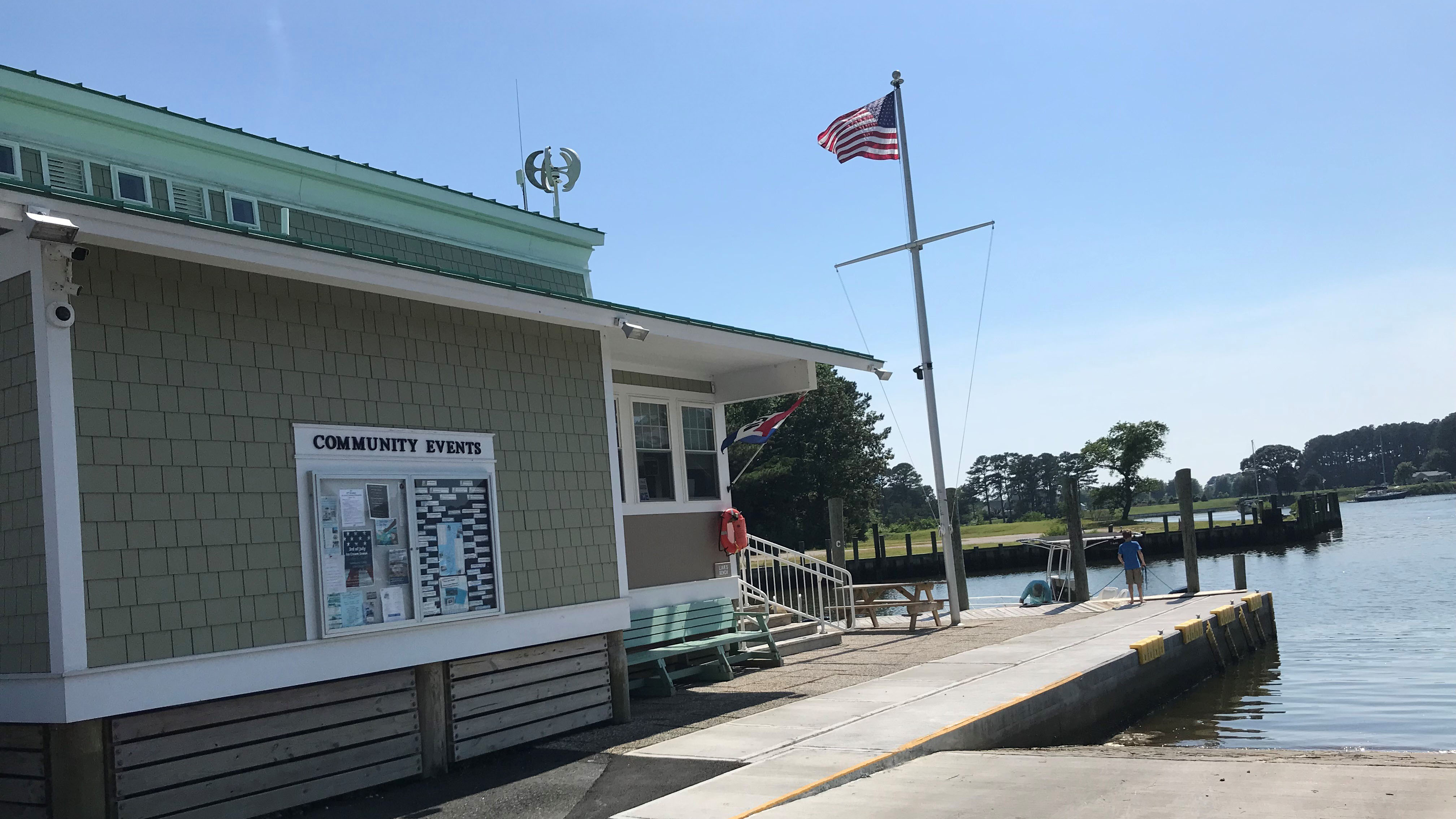 Photo courtesy of T. Lee Byrd. The Onancock wharf has a new ramp and elevations after recommendations from the Resilience Adaptation and Feasibility Tool.

Back in the 17th century, famed explorer Capt. John Smith supposedly called Onancock “the gem of the Eastern Shore.”

But like everywhere along Virginia’s coast, the waters are rising. Each time there’s a high tide, the parking lot around the wharf fills with several feet of water, Byrd said.

“What we haven’t had up until this point is a way to keep that water from coming in as fast as it’s going out,” he said.

Bigger coastal communities faced with such a problem often conduct their own analysis and start preparing solutions. But smaller and more rural places like Onancock, which has a population of about 1,200, don’t have the resources to do so.

It was jointly developed by Old Dominion University’s Institute for Coastal Adaptation and Resilience, William & Mary Law School’s Virginia Coastal Policy Center and the University of Virginia’s Institute for Engagement and Negotiation.

The tool is a process through which the academic team aims to help smaller communities develop flood resilience strategies.

“What we realized is that a lot of communities like in Virginia Beach, in Norfolk, in Hampton, already have a lot of resources to commit to addressing a lot of these resilience issues,” Yusuf said.

But the smaller localities didn’t have as much money or staff time to prioritize those issues.

“They are challenged to deal with this in a systematic way,” Yusuf said.

The first step is a community scorecard. Onancock, for example, initially scored 40 out of 100 points, which are broken down by categories such as emergency management, resilience planning and infrastructure resilience.

The idea is to get a holistic picture — not just what people traditionally associate with flooding, but factors like the local economy and socially vulnerable populations, Yusuf said.

“We have to think about coastal resilience, not just as a flooding issue, but as an issue with social and economic impacts,” she said. “And if we want to be effective in resilience planning and implementation of projects that help us build resilience, we need to address the variety of issues and not just flooding in and of itself.”

After the RAFT team identifies issues, they work with community members and leaders to come up with a list of potential solutions, Yusuf said.

They could be small tweaks like better messaging during hurricanes – or more major changes, like an infrastructure project. Many suggestions have to do with getting resilience into long-term planning documents.

The process takes a couple years. RAFT stays in each community as they work toward implementing some of the chosen actions.

A pilot project five years ago started with Gloucester, Cape Charles and Portsmouth. They’ve since worked with a host of localities on the Eastern Shore and Northern Neck and are now focused on the Middle Peninsula.

John Bateman, regional planner with the Northern Neck Planning District Commission, said his organization worked hard to get buy-in from the communities it represents.

That meant adapting the RAFT process to work best in their region – focusing less on a numerical scorecard and more on elevating issues that local governments already wanted to prioritize.

Towns may “see academic institutions coming into a rural area, butting into their business,” Bateman said. “There’s not a lot of interest in that. What there is interest in is, … ‘How can you help us fill in some of these gaps in technical capacity and knowledge that we have?’ And that was really critical.”

Though the Northern Neck localities were already aware of certain issues, Bateman said RAFT helped kickstart incremental progress and momentum on resilience that he hopes to sustain.

Private donors and grants have funded the process so far, including from Virginia’s Coastal Zone Management Program. That means RAFT is free for the localities aside from the time of those involved.

Joy Marino, an Onancock council member, said the town is starting to implement several of the program’s recommendations, using money from the American Rescue Plan. One fix was to add duckbill valves to catch basins near the marina.

Other options are more forward-looking, she noted, such as floating the harbor master office. Floating buildings have become common in the Netherlands.

“It made us aware of what the issues were in our town,” Marino said. “Then RAFT provided solutions to those issues, which we were able to realistically accomplish.”

Byrd said it’s helpful to “know how we stand.”