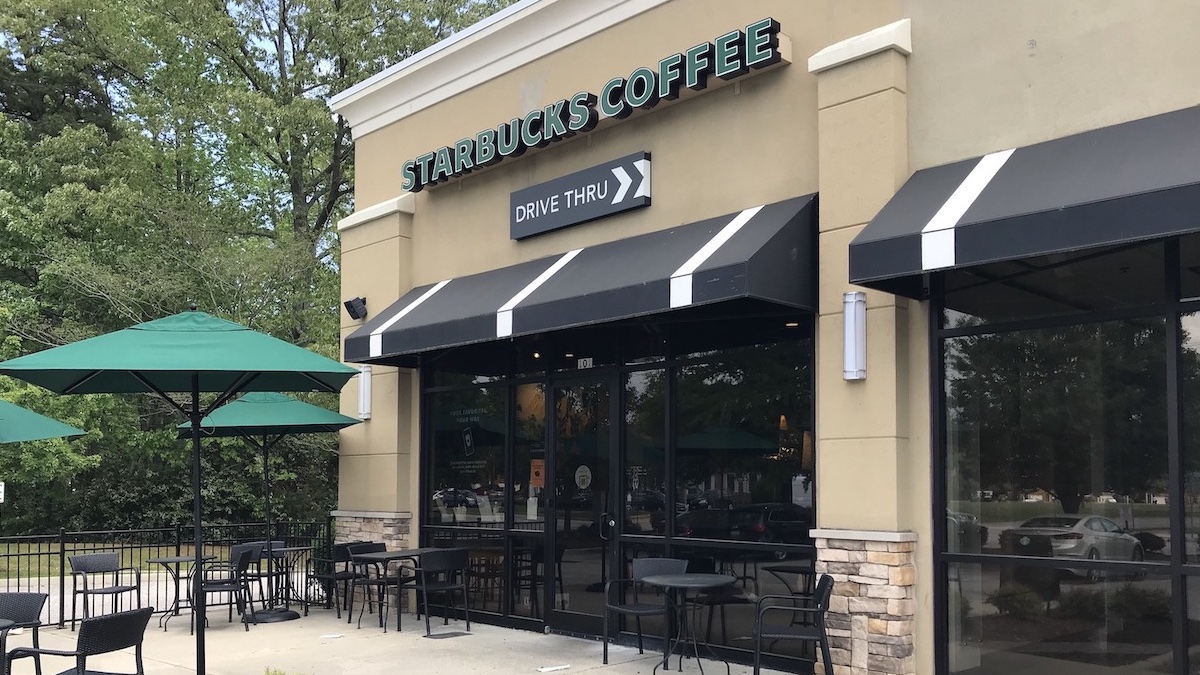 Photo by Paul Bibeau. The Starbucks on Oyster Point Road in Newport News, where several workers announced plans to unionize.

Seven employees at a Newport News Starbucks want to make their store the first in Hampton Roads to unionize.

If they’re successful, the store would join five locations in Richmond and two others elsewhere in Virginia. Across the country, workers at more than 175 Starbucks stores have taken steps to unionize. At least 16 stores have cleared the initial votes needed to join the union, Workers United, which is an affiliate of the Service Employees International Union.

In an open letter to Starbucks CEO Howard Schultz, posted on social media April 8, workers at the Oyster Point Road location complained of low pay and hours being cut.

Baristas Zo Baker and Genevieve Smith said their hours are inconsistent or cut at the last minute. Smith said the company shrinks staff at closing time, which can overwhelm workers trying to close out the store.

Barista Duncan Young agreed the store was often understaffed and also faced shortages of key ingredients, which can cause friction with customers.

“I actually got yelled at for not having caramel drizzle a couple of weeks ago,” he said. Young said he instead offered a caramel sauce used for other drinks.

“They were like, ‘No, it's not good enough,’” he said. “And there's nothing I can do in that situation. I can't make caramel drizzle. I don't know what to tell you other than I am very sorry.”

Starbucks CEO Schultz himself acknowledged “pinched supply chains” in a message to the company this month.

Young said he knows unionization won’t fix supply chain problems, but he wants more transparency and more input in how his store operates.

Axl O’Neal is a shift supervisor who signed the letter. He agreed management delays maintenance to save costs, but said the problem goes deeper. He described a company out of touch with how its workers served customers. He said the company pushes workers to ask personal questions of customers – their weekend plans and their favorite movies – to inflate feedback scores in ways that feel artificial and unproductive.

O’Neal added that the company needs to take the safety of its workers more seriously. He said he supports unionization because he wants the store to have enough staff so sick people don’t feel pressure to come to work.

WHRO contacted the district manager who oversees the Oyster Point Road store. Starbucks declined an on-the-record interview, but provided a statement by the company’s director of corporate communications, Reggie Borges.

“We are listening and learning from the partners in these stores as we always do across the country,” Borges wrote in the statement. “From the beginning, we’ve been clear in our belief that we are better together as partners, without a union between us, and that conviction has not changed.”

Starbucks has not responded to subsequent email inquiries regarding specific complaints the employees raised about maintenance and safety.

Starbucks’ COVID-19 policy is posted on the company website and includes “catastrophe pay” so employees can stay home from work if they are exposed to the illness or diagnosed with it.

Starbucks has roughly 9,000 stores nationwide, and until last year none of them were unionized. Two stores in the Buffalo, NY area became the first certified by the National Labor Relations Board.

For O’Neal, unionization was a long-time goal. But he didn’t think it was possible until he saw workers cross that threshold.

Duncan Young is in touch with fellow Starbucks employees in Richmond, as well as national labor organizers. He said he attended video calls in which they compared notes about the company’s reaction to their efforts.

He said there are about 19 employees in the store. Though only seven signed their names to the letter, Duncan said several others support the organizing effort.

He expects the preliminary vote to happen around mid-May.

NOTE: Produced with assistance from the Public Media Journalists Association Editor Corps funded by the Corporation for Public Broadcasting, a private corporation funded by the American people.