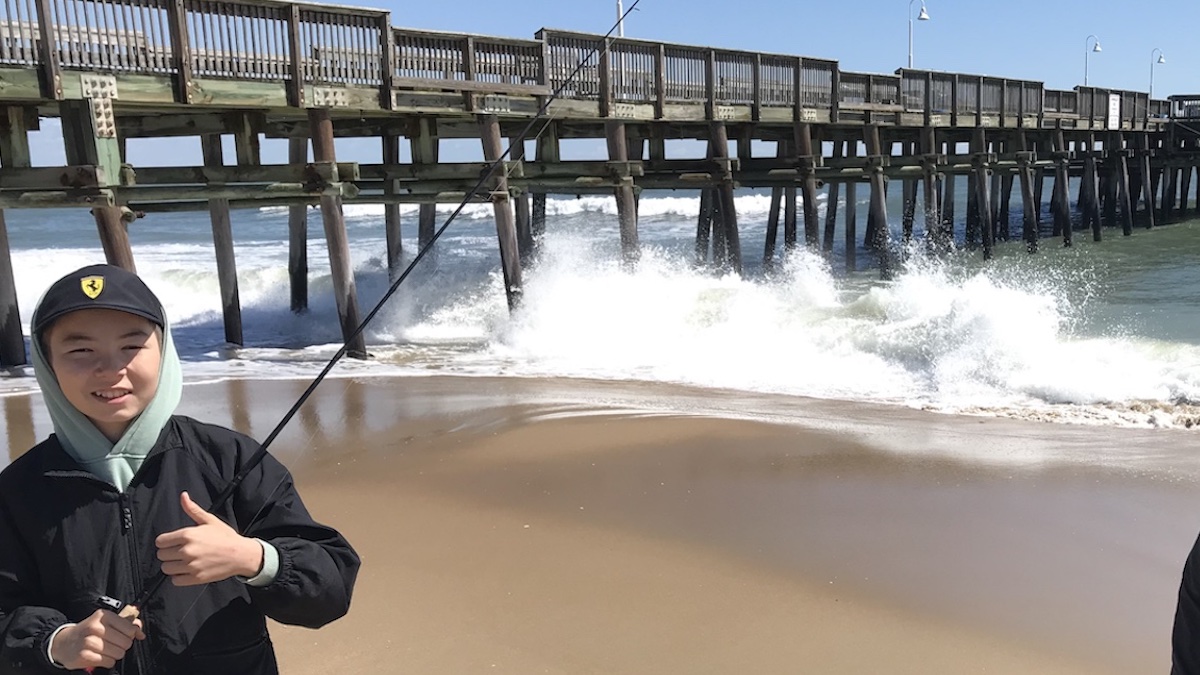 Photo by Paul Bibeau. Erik Dborub, vacationing from New York City, fishes with his dad at Little Island Park. The city council deferred a vote to restrict surf fishing in part of the park during resort season.

Virginia Beach might pass a law to restrict fishing in one of its parks. A local club wants the city to pump the brakes so it can review it.

This week the city council considered a motion to ban fishing on a portion of the beach at Little Island Park in Sandbridge several hours a day during resort season. After a member of the Virginia Beach Anglers Club spoke out against it, the council voted to defer it by 30 days.

The department said it’s hazardous to have fishing, swimming and surfing in the same waters.

For years, city staff have asked surf fishers to use the beach's southern end during resort season, said Michael Kirschman, the department’s director.

The resolution, he added, makes this request legally enforceable, but it wouldn’t change his department’s policy.

Kirschman said the proposal stems from an incident last summer when park staffers asked someone fishing to move, and the person refused.

“Technically, if a person who really wanted to push back and be like, ‘No, I'm not moving. I'm not leaving. Make me. Force me,” Kirschman said, “the police would not have an enforcement of that role.”

George Gabriel, an officer of the Virginia Beach Anglers Club, spoke against the proposal at the city council meeting. He said his group wanted time to review how the law might affect its members.

“We all know that once we pass ordinances or policies, they seldom get rescinded,” Gabriel said. “The concern with this one is that it's a continued erosion of access to our residents and even to some tourists, to the resources that the city has, in particular for surf fishing.”

The ordinance creates a 1,400-foot zone at the south end of the park where surf fishing is legal.

The council had a public comment period on the resolution earlier this month, but Gabriel said people from his club – and other groups in the area – didn’t know about the proposal until notified by WHRO.

“We were taken by surprise,” he said. “We wanted to make sure we really understood what was going on.”

After Gabriel spoke before the council, Kirschman contacted him with more information about the policy, which Gabriel said his organization is reviewing.

“We want to… just make sure that, you know, everyone is going to be treated equitably,” Gabriel said.

The city council is scheduled to vote on the proposal May 17. Resort season starts May 1 and lasts through the end of September.