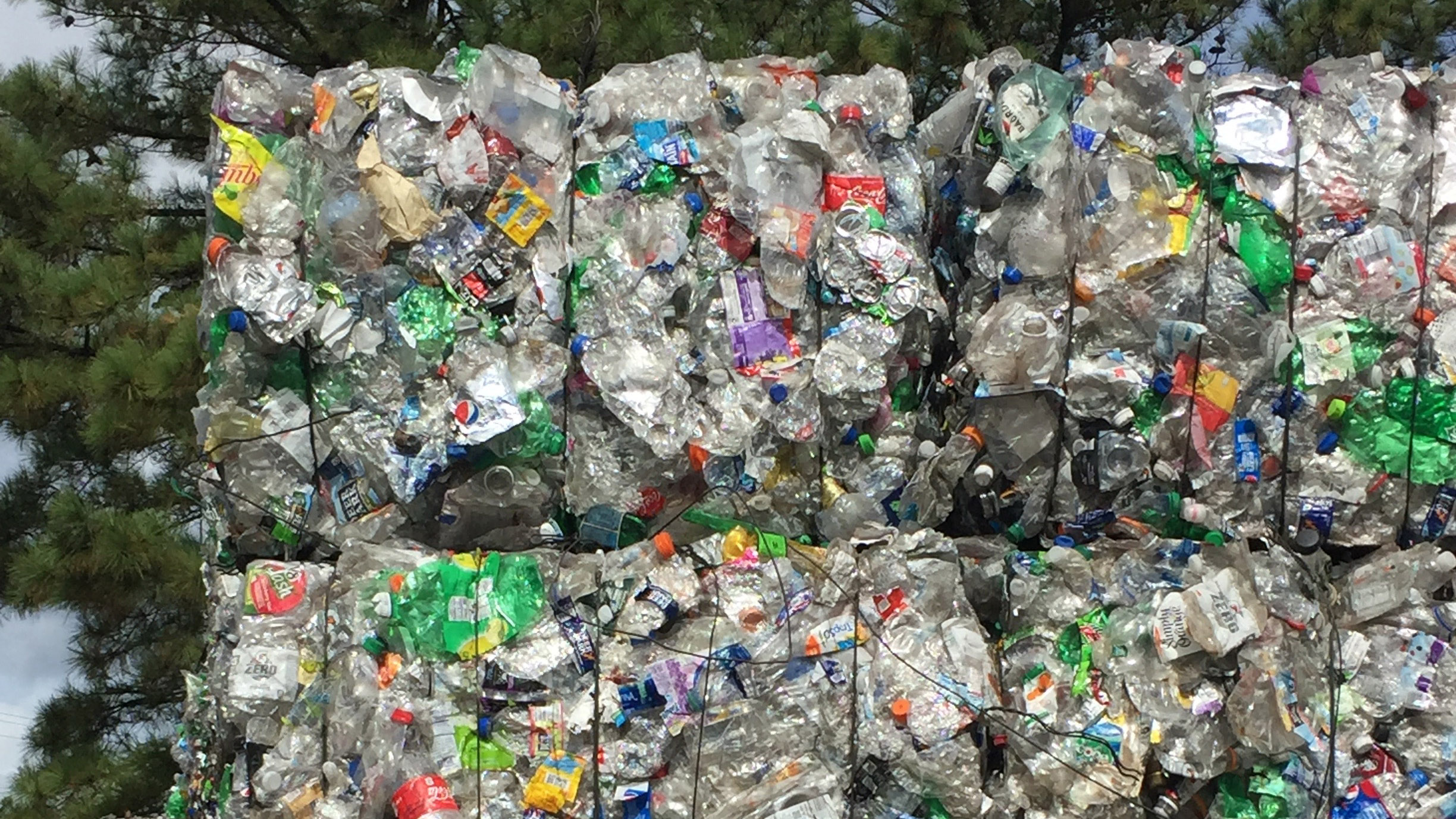 Photo by Katherine Hafner. Bales of compressed recycled material sit at TFC Recycling in Chesapeake in 2019. The city is ending its contract with TFC after June 2022.

Curbside recycling ends soon in Chesapeake. What happens next?

Zoe Colatarci has lived in Chesapeake since middle school and recalls back when the city first delivered blue recycling bins.

Colatarci, now a wildland firefighter with the state, said she’s always been passionate about conservation and remembers being excited to use recycling to help the world.

But recently she heard about the city’s move to get rid of its curbside recycling program.

The city council voted to terminate its contract with Chesapeake-based TFC Recycling, which ends June 30.

“I immediately was just so angry because it’s clear that the neighborhood uses this system,” said Colatarci, who lives in the Indian River area. “It kind of broke my heart.”

Colatarci is one of many residents who are trying to get the council to reverse course. She came to a recent meeting with 174 signatures from her neighborhood in hand.

Now she’s teamed up with a larger community effort called Chesapeake Recycles that has gathered over 3,000 signatures. Each time someone signs on the group’s website, an email is automatically sent to the council and city manager urging them to save government-run curbside recycling.

“We’re just blowing them up,” Colatarci said. “Even while I was speaking, they were getting emails to their phones in front of me.”

“Well it’s exactly what I expected, and that’s why I didn’t vote to end the contract,” he said. “So I’m not surprised at all.”

West favors a curbside program. But now that a majority of the council has voted to nix it, he said he supports letting the city try out alternatives, which will include private subscription services and free drop-off locations.

It’s the only one of Hampton Roads’ seven cities that does not charge for trash and recycling services.

Meanwhile, the recycling industry has struggled because of rising costs from inflation and China’s decision a few years ago to stop taking most of the world’s materials.

City staff asked the council to consider a waste fee to fund the services, but members voted against it in November. The next month they voted to end the curbside recycling program to fund a public safety pay plan.

At the time, some officials also pointed out other issues with recycling.

A significant portion of material that enters that blue bin gets taken to the Wheelabrator incinerator plant in Portsmouth as trash to be turned into steam energy. Contamination of materials — due in part to decades of consumer misinformation — is rife, not just at TFC but throughout the U.S. industry.

Chesapeake Recycles wants to save government-funded curbside recycling – but it’s unclear whether that’s possible in the short term.

The city could request bids for a new contract, but it would need direction from council, which last month already reaffirmed its decision to terminate the existing contract.

There would be interruption in service regardless, deputy city manager Bob Geis said at a recent council meeting.

In the meantime the city is directing residents who want recycling pickups after June to sign up for private service. Two companies already plan to do so in Chesapeake – Happy Planet Recycling and Recyclops.

“I can’t emphasize enough: Chesapeake is not abandoning recycling,” West said. “We’re just exploring other ways to do it.”

He said he’s excited to start serving Chesapeake. “Residents don’t have anything to worry about because we’re here for them.”

Happy Planet charges a flat monthly rate of $10 for pickups every other week, Brave said.

Recyclops already services seven Virginia locations, according to its website. Biweekly pickups cost $15 per month or $22 for weekly service — not including glass, which is $7 a month extra.

Such companies have to pick up in a home’s driveway or other surrounding location – not curbside, which is in the city right of way, said Geis, the deputy city manager.

The city will also set up five to seven free locations for residents to drop off recyclables — but the materials should be cleaner than what typically ends up curbside, Geis said.

As for those blue bins — you won’t have to turn them in. When the curbside program ends, residents can use the blue bins as an extra trash can serviced by the city.

Celadon Development Corporation plans to turn recycled mixed paper and old corrugated cardboard into an exportable fiber sheet, according to Brian Solis, Chesapeake’s deputy city manager for community development. The sheets will be sent to middle-market paper manufacturers in China.

Because of its large scale, Celadon will draw materials more from commercial and industrial sources along the Eastern Seaboard and wouldn’t be affected by the city’s curbside change, Solis said in an email.

Editor’s Note: Lacy Shirey, who sits on WHRO’s Community Advisory Board, is a part of Chesapeake Recycles. The board is not involved with decisions related to news coverage.