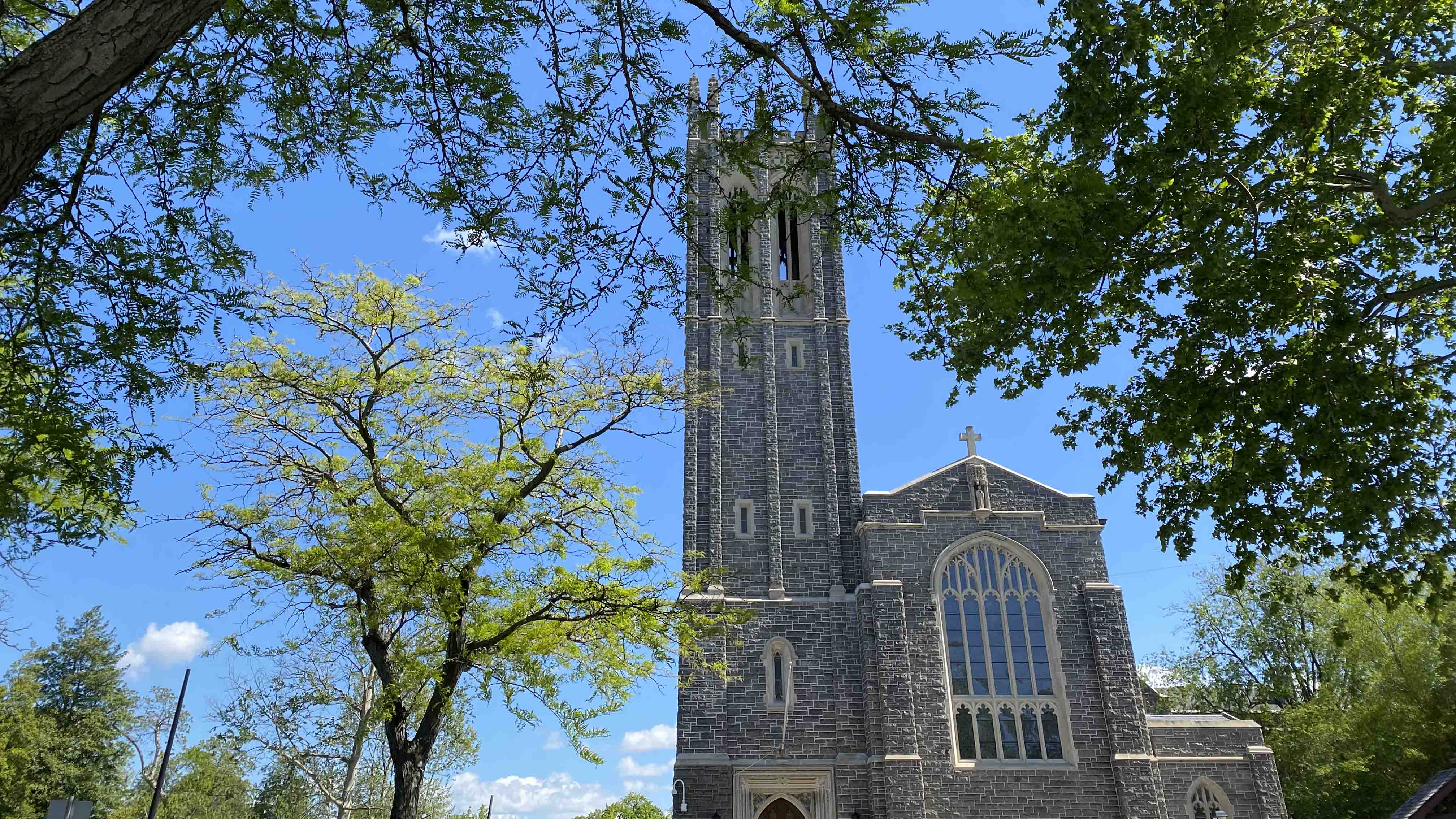 Photo by Katherine Hafner. Christ and St. Luke’s Church on Olney Road in Norfolk. The church has been plagued by flooding issues caused by The Hague, and served as the backdrop for a press conference about the threats sea level rise poses to places of worship in Hampton Roads.

Hundreds of places of worship are threatened by sea level rise and flooding in Hampton Roads, leaders say

Christ and St. Luke’s Church doesn’t have to wait and see whether it will be affected by rising tides.

The Episcopal church across from The Hague in Norfolk has spent years investing in ways to cope with floodwaters that already creep in from the inlet even on sunny days.

That includes switching to a geothermal energy system — and abandoning the lowest level of the parish house and sanctuary for good, said longtime parishioner Ray Gindroz.

With renovations, he said the congregation is confident that it will be a secure building.

“However, parts of it, with rising sea levels, are bound to flood in the future,” he said. “Therefore, it’s really larger scale changes … that are desperately needed to make sure this  place of worship is able to function in the future.”

Gindroz and other local faith leaders were assembled along The Hague Tuesday to draw attention to the growing threat flooding and sea level rise pose to religious spaces in Hampton Roads.

The event was organized by Climate Action Campaign, a national coalition of environmental and justice groups.

The organization recently created a map looking at regional places of worship at risk of serious damage from flooding in the coming decades.

They overlaid the locations of nearly 500 churches, synagogues and mosques from Virginia Beach to Gloucester with an interactive data tool created by Old Dominion University.

The church map focuses on 2060, when sea levels may rise by up to 3 feet. The group found at least 229 places of worship threatened.

His church had also been located in Ghent until flooding from The Hague forced them to move about six years ago. Their new building in Ocean View doesn’t escape the problem, though.

“We have folks now who say, with what seems to be an increasing frequency, that ‘I can’t make it to choir rehearsal, or to this ministry or that ministry because the floodwaters are already rising,’” Byrd said. “Or ‘if I make it out, I’m afraid I might not make it back home.’”

Churches and other places of worship should feel like a safe space, he added. The people who go to them come from diverse backgrounds and have varying abilities to handle challenges from sea level rise.

They called on the U.S. Senate to approve a $550 billion package passed by the House last year that would invest in efforts to fight climate change.

“The growing impact of floods in the Hampton Roads region is a constant danger to vulnerable communities, and it attacks our homes, our public infrastructure, our livelihoods, and even our ability to practice our faith,” Clark said. “We cannot simply sit by while this problem compounds.”