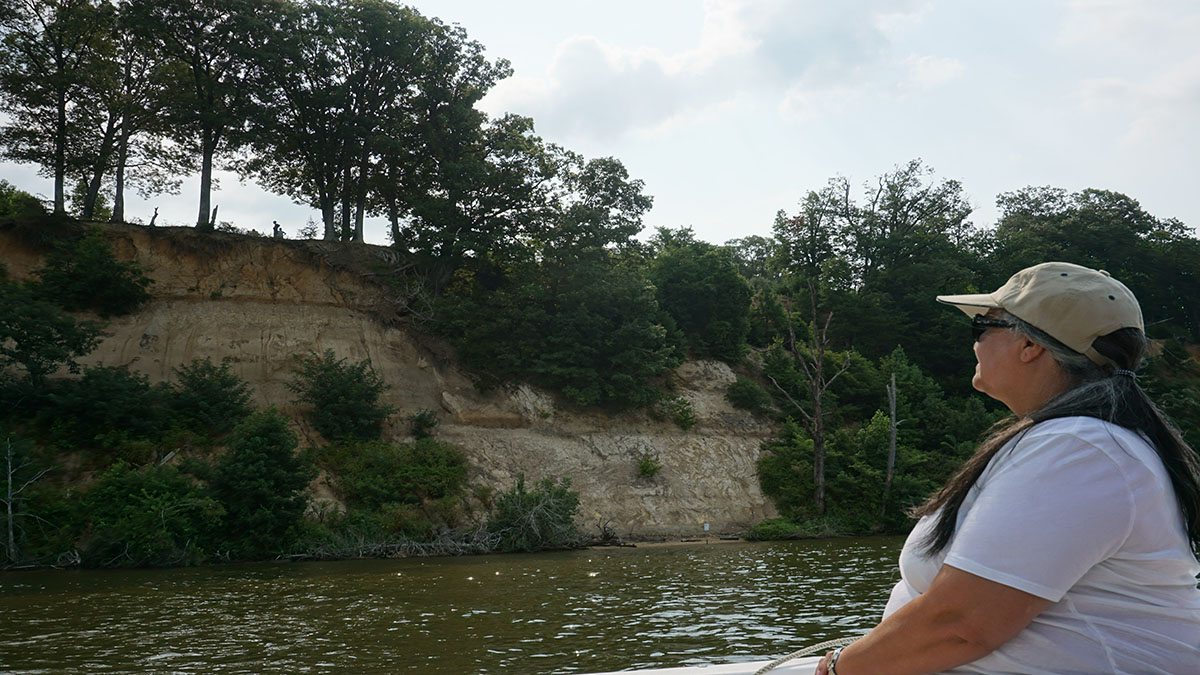 Rappahannock Tribe become owners of a tribal town after 400 years

Nearly 400 years after the Rappahannock Tribe was forced from their lands, they will finally return as owners to one of their towns on Fones Cliffs.

At a farm along the Rappahannock River, under a giant white party tent, 200 people gathered last week to honor tribal members and those who helped in the arduous process of getting back the Rappahannock Tribal town of Pissacoack.

“For our people to go back there, which they haven’t been yet, it’s emotional because the bones of our ancestors reside in there and their DNA is in the ground and the eagles watch over it,” said Rappahannock Chief Anne Richardson. “It’s a spiritual place for us and we don’t want development there.”

Across the river from the ceremony, the string of Fones Cliffs stood like sentinels, some up to 150 feet high. The tribe now owns 465 acres of them. Mapped by Captain John Smith during his 1608 explorations, the cliffs were once their home, along with lands up and down both sides of the river in this area.

The cliffs are along the Rappahannock River, about 37 miles south of Fredericksburg and some 50 miles from the Chesapeake Bay.

The Morris family, who owns a local lumber company, bought the acreage some 25 years ago as an investment. As developers moved in, Johnny and Kennon Morris and their father Ben decided to sell it to the Tribe because they understood the Tribe wouldn’t develop it. They set up a meeting just before the pandemic.

Working with the Chesapeake Conservancy, Chief Richardson met the $4 million price with donations. And under agreements, federal agencies will be required to conserve and protect the land forever.