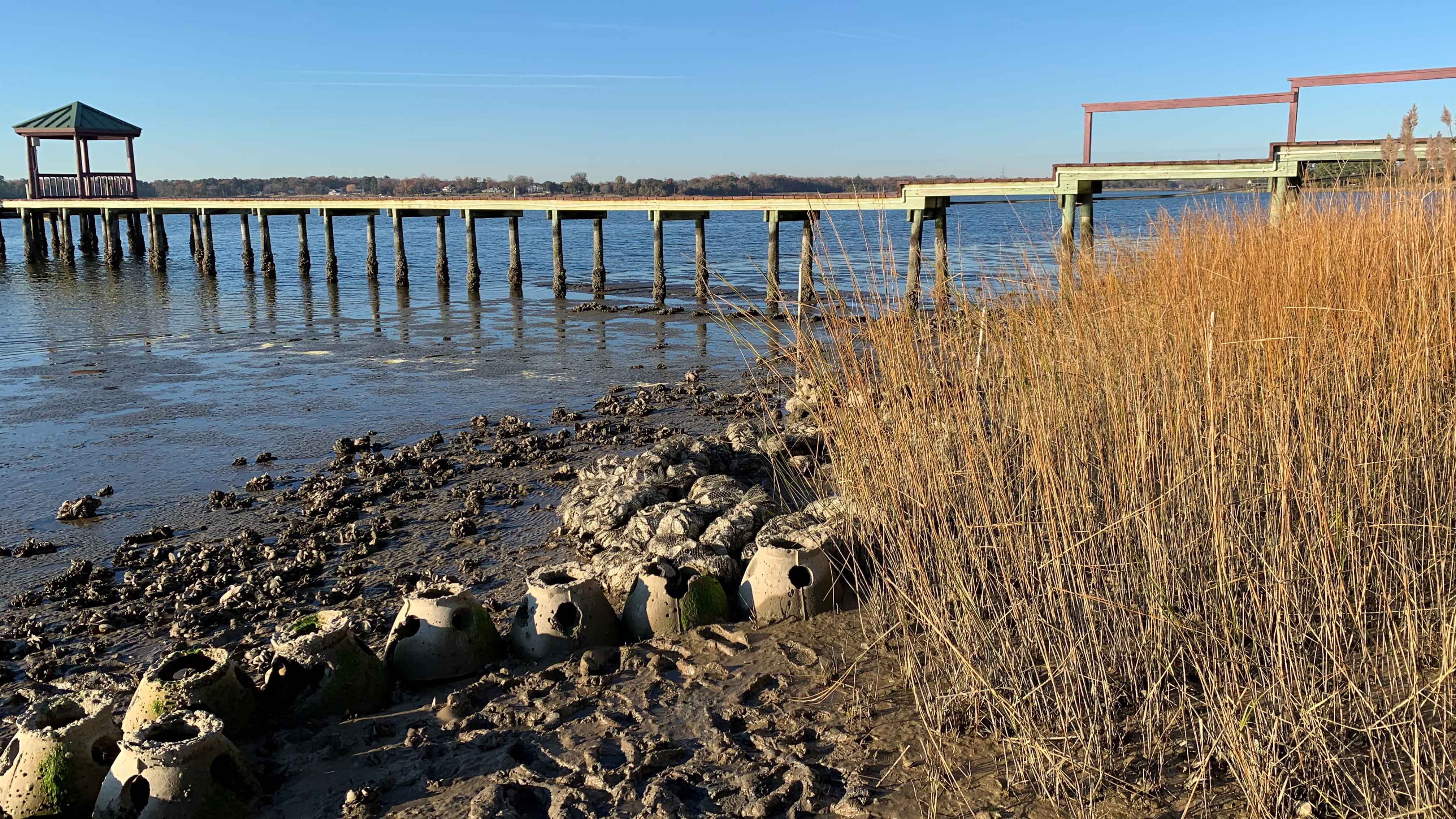 Photo by Katherine Hafner. A living shoreline along the Nansemond River featuring oyster reefs. A new educational partnership in Hampton Roads will teach students about the environment.

But students growing up in the region may not learn about the issues until later in life — if at all. That’s especially true in communities with fewer resources.

A new group wants to change that. It’s called the Southeastern Virginia Environmental Education Consortium, and it aims to promote early environmental literacy.

Officials set a goal in the 2014 document to get environmental curriculum — particularly dealing with the bay — into all of the watershed’s elementary, middle and high schools. The nonprofit Chesapeake Bay Trust offered grants to jumpstart that.

But, the organization noticed that the money wasn’t enough of an incentive, said Kacey Wetzel, Vice President for Outreach and Education Programs at Chesapeake Bay Trust.

Many school districts still weren’t applying for the grants. They needed help with the whole process including training teachers and developing programs, she said.

To that end the trust launched the Outdoor Learning Network Initiative to build out local groups with greater collaboration. The new southeastern Virginia consortium was one of those chosen. It will receive up to $150,000 from the trust and National Oceanic and Atmospheric Administration.

There’s no required grade level or topics to address, Wetzel said. Each network decides on its own concepts.

Invasive species, climate change, habitat loss and water quality are some examples, she said. Some schools may focus on a local waterway’s pollution. Others could home in on environmental justice and a lack of access to green space in certain communities.

“It’s based in local issues. That makes it more relevant to the students because it’s local to them and their communities,” she said. “It doesn’t reinforce some idea that nature is somewhere far away. Nature is here, everywhere that we live, and we need to connect to it.”

Wetzel said the six local cities were chosen for the grant because of their potential to work regionally and the large number of students they can reach.

The money can be used as school officials see fit. The Chesapeake Bay Foundation will facilitate trainings.

The goal is to engage students young so they develop an “environmental stewardship ethic” and are inspired to take action, Wetzel said.