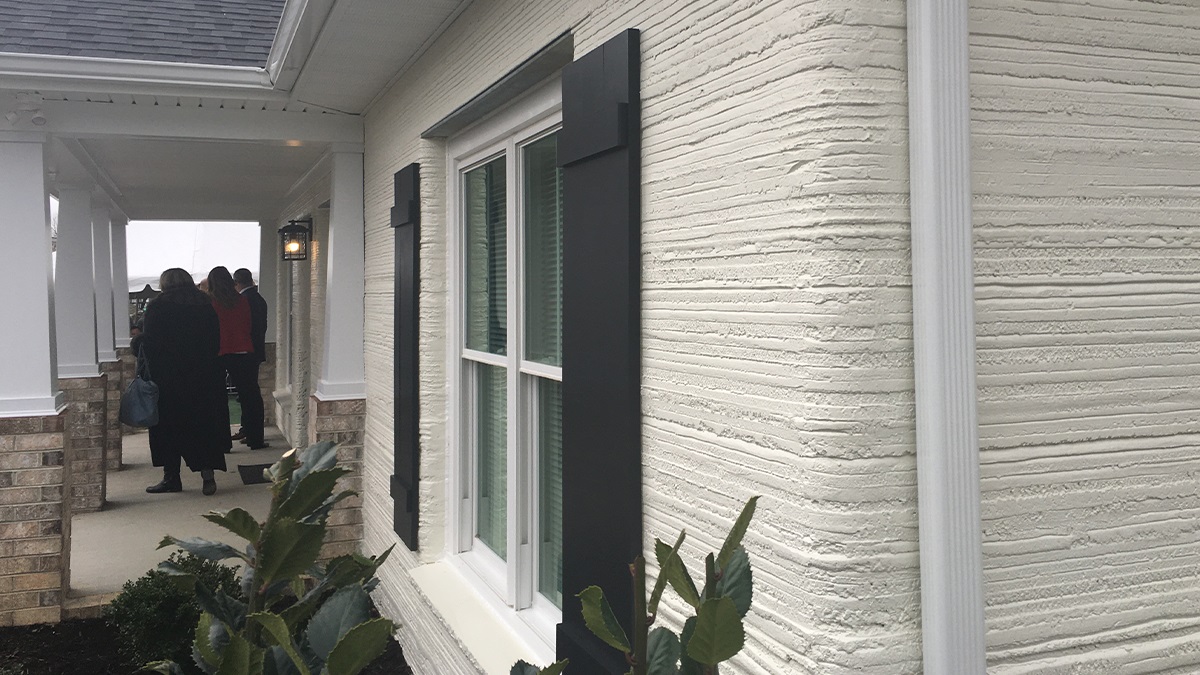 A new home unveiled Tuesday in Williamsburg is Habitat for Humanity's first 3-D printed house on the East Coast.

But the new one on the block is different.

You can see it when you get up close. It has these horizontal ridges running the whole length of the house.

That’s because the outer walls were laid down three-quarters of an inch at a time.

“It's really just your personal desktop 3D printer, just a much larger scale,” Hussein said. “You use concrete rather than plastic. But the basic principles are almost identical.”

He was the one in Williamsburg this summer running the company’s huge printer.

Layer by layer, the walls around the 1,200 square foot home went up over 22 hours of printing.

Hussein said weather delays meant start to finish, the walls took about 3 weeks to get up.

Between that speed and the lower cost of materials, Alquist 3D says it costs about 15% less to print a home than to build one with lumber.

The company partnered with Virginia Tech to 3D print its first home in Richmond. That was a kind of proof of concept, paid for by the state’s housing department to explore solutions to housing affordability.

Data from the Richmond house suggests the concrete walls retain temperatures better than wood-frame houses. That can cut heating and air conditioning bills by as much as half.

From the inside, it's hard to tell it's concrete. Studs and drywall are mounted on the interior of the concrete walls, so it looks like any other newly built house in the area.

April Stringfield is moving into the Williamsburg house.

She said the 3-bedroom home is a big upgrade. It’s closer to work, bigger than her current apartment and has a yard for her 13-year-old son to run around in.

But she wasn’t originally sold on it.

Part of what won her over: Her great-grandmother lived in a concrete-walled home when Stringfield was a kid.

"It's kind of traditional," she said.