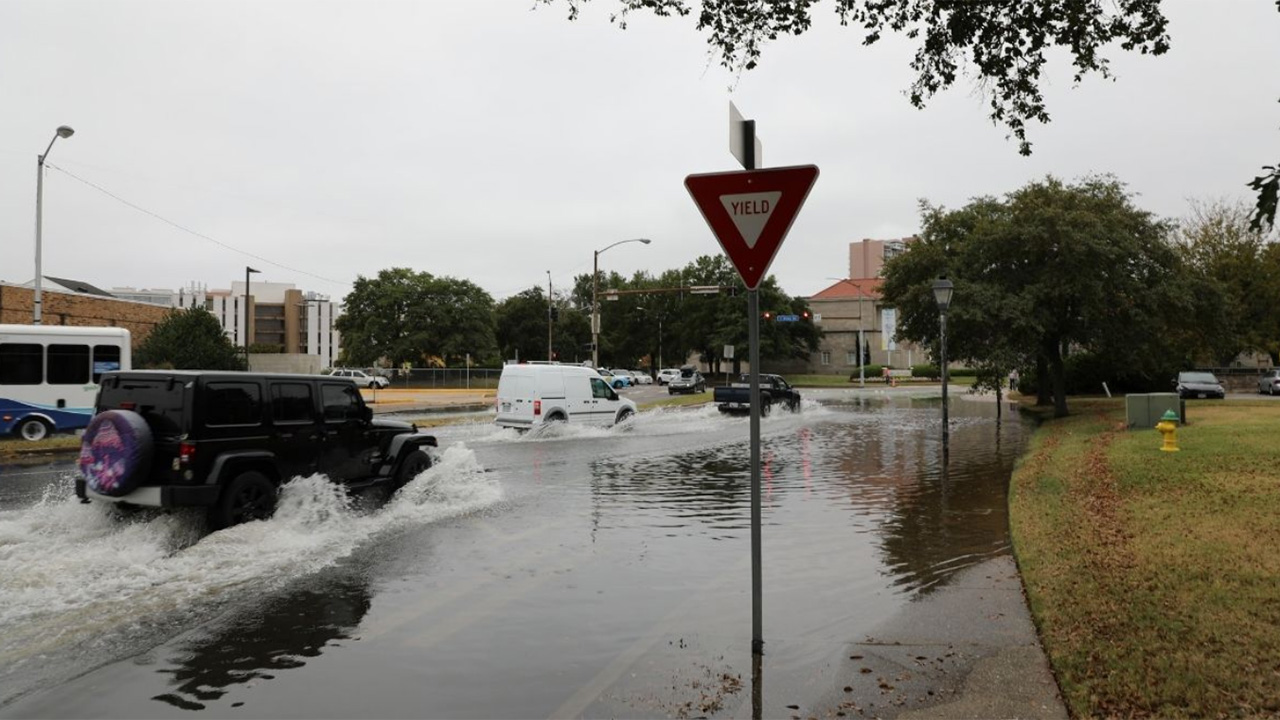 The Coastal Resilience Master Plan identifies areas most at risk of flooding. Eastern Virginia experiences the fastest average rate of sea level rise on the Atlantic Coast, and the plan is supposed to guide state and local officials as they consider projects to keep areas dry.

Among key findings is that nearly a million people could live in homes exposed to extreme flooding by 2080. Other areas will go underwater.

“For the first time we have a baseline level of knowledge about how sea level rise and storm surge will increase flooding,” Northam said during a news conference in Hampton Tuesday. “That will help us support responsible coastal planning where it is most needed.”

State officials have spent the last four years producing the sweeping guide. Much of that time involved collaborating with localities and planning district commissions to determine the best ways to address flooding in specific areas.

Still, the plan’s fate is unclear. Republican Governor-elect Glenn Youngkin could decide to no longer follow it once he takes office in January. During his campaign, he criticized Virginia’s Clean Economy Act but expressed support for sea level rise resilience efforts.

His transition team could not be reached for comment.

The master plan recommends nature-based solutions — like restoring wetlands to absorb floodwater — as well as infrastructure improvements, such as installing pump stations and elevating seawalls.

Ann Phillips, the governor’s special assistant for coastal adaptation and protection, said the guide will help localities coordinate projects and even bundle them.

For example, she noted Norfolk has completed a study with the U.S. Army Corps of Engineers that suggests putting a tide gate across Broad Creek to reduce flooding. Virginia Beach has conducted a separate study that recommends a gate across the Elizabeth River’s eastern branch that will also protect Norfolk.

“We have to reconcile those two things,” Phillips said. “We have to look at what will be most cost-effective, what will add the most value.”

The stakes are huge.

Sea levels around Hampton Roads have risen nearly 20 inches over the past century and could go up nearly seven feet by 2100. A map produced by Old Dominion University in partnership with WHRO Public Media shows thousands of homes going underwater in the next few decades.

The master plan also suggests some areas could eventually become uninhabitable. Northam said it may not make financial sense to invest millions of dollars temporarily protecting them. Instead, the state and localities will have to manage an effort to relocate residents out of harm’s way.

Northam acknowledged that will be difficult for many people who don’t want to leave their homes.

“It is our duty as public servants to have honest, frank conversations about these facts,” he said.

Another main aspect of the plan stresses adaptation efforts should be equitable across communities of different socioeconomic levels. Racial and ethnic minorities have historically inhabited areas in Virginia that are more prone to flooding.

State officials plan to update the Coastal Resilience Master Plan every five years. Virginia will fund the response to sea level rise by capping carbon emissions and selling allowances to companies as part of the Regional Greenhouse Gas Initiative. The RGGI fund is expected to generate more than $100 million annually.

“Now comes the long-term work of successfully implementing the plan, which will require adequate funding and policies to address the distinct needs of our rural, urban, Tribal, and socially vulnerable communities,” said Elizabeth Andrews, director of the Virginia Coastal Policy Center.

Ann Phillips is a member of WHRO's Governing Board of Directors.