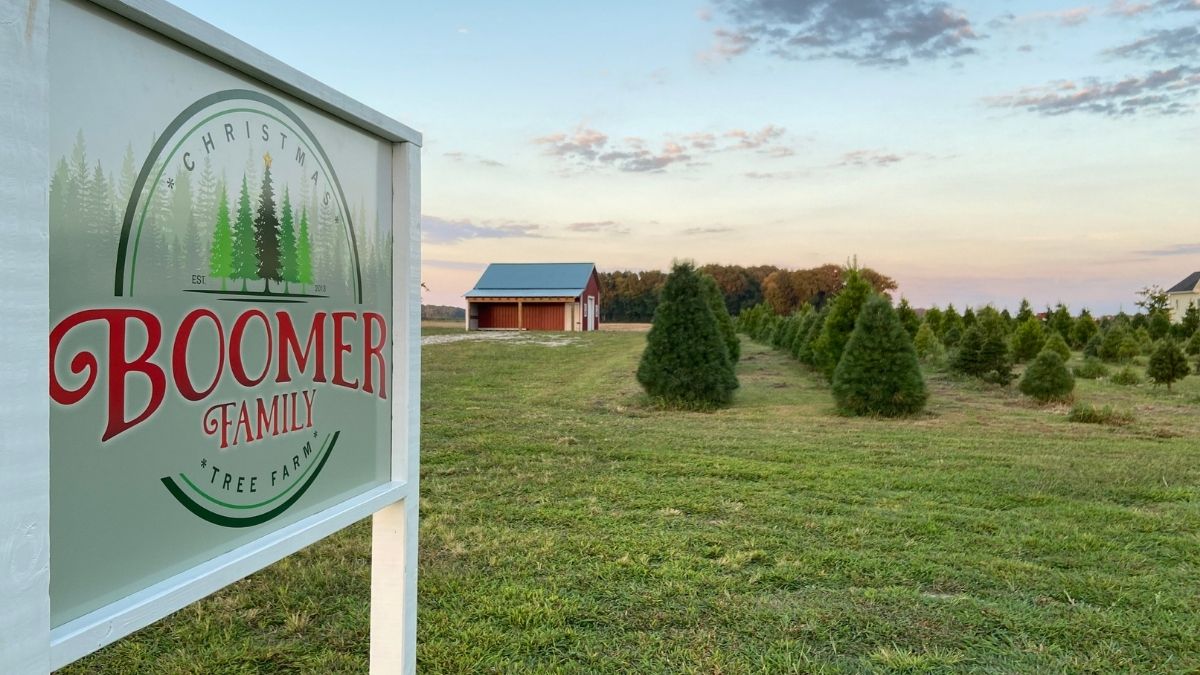 Growing Christmas trees requires patience. A lot of it.

For nearly a decade, Heath Boomer planted, pruned and maintained close to four acres of Virginia and White Pine Christmas trees behind his home in the Creeds area of Virginia Beach.

It’s been his dream to open his own tree farm after learning the trade from his great uncle, Jim Bright.

Bright, who is 80 years old, still runs his own tree farm just down the road.

This winter, the wait is over for Boomer. The Boomer Family Christmas Tree Farm will finally open Dec. 4th.

Boomer, who teaches history at Ocean Lakes High School in Virginia Beach, said he had no idea the grand opening would happen in the middle of a global Christmas tree shortage.

“I think it kind of gives me a little bit of peace to know that there is a demand and kind of an excitement,” he said. “But also, I don’t want to take for granted the opportunity just to ...build a positive experience for people.”

Extreme weather events in the Pacific Northwest like wildfires, droughts and floods led to the shortage this year.

That’s according to Jami Warner, Executive Director of the American Christmas Tree Association.

She said real Christmas trees are not the only ones in high demand. Most artificial trees come from China and supply chain issues have caused delays, Warner said.

Combine all of that with a national truck driver shortage, and consumers could see a 20 percent increase in prices, she said.

Still, those who want a tree will be able to find one.

“Christmas is not cancelled,” Warner said. “There will be both real and artificial Christmas trees. They just might be a little harder to find and you might have to shop very early or wait a little bit.”

St. Andrews United Methodist Church in Virginia Beach is feeling the effects of the shortage.

They’ve been buying their trees from the same grower in Pennsylvania for close to 40 years.

“The price has gone up for the trees themselves - went up 15 percent - and the shipping is obviously going to be higher this year,” said Randy Whitman, who handles Christmas tree duties for the church.

In the past, they also had a better selection to choose from.

“And they changed it to where we only get one set of trees with varying sizes,” he said. “Whatever they cut and put on the truck.”

The church’s trees arrive Dec. 2, and Whitman said he expects they’ll sell out in less than a week.

Boomer’s farm will only be open one day, and he hopes to sell around 100 six foot trees. Boomer also ordered 50 Frasier Firs from a farm in Littlestown, Pa. that will be delivered a week before they open.

Buyers will have the option to cut down their own tree or have Boomer do it for them.

Boomer said it’s all about building traditions, something he learned by seeing families return year after year to his mentor Jim Bright’s tree farm.

“That element of Christmas is just so lost,” he said. “Let’s have a moment where we can do this yearly and build those kinds of relationships.”