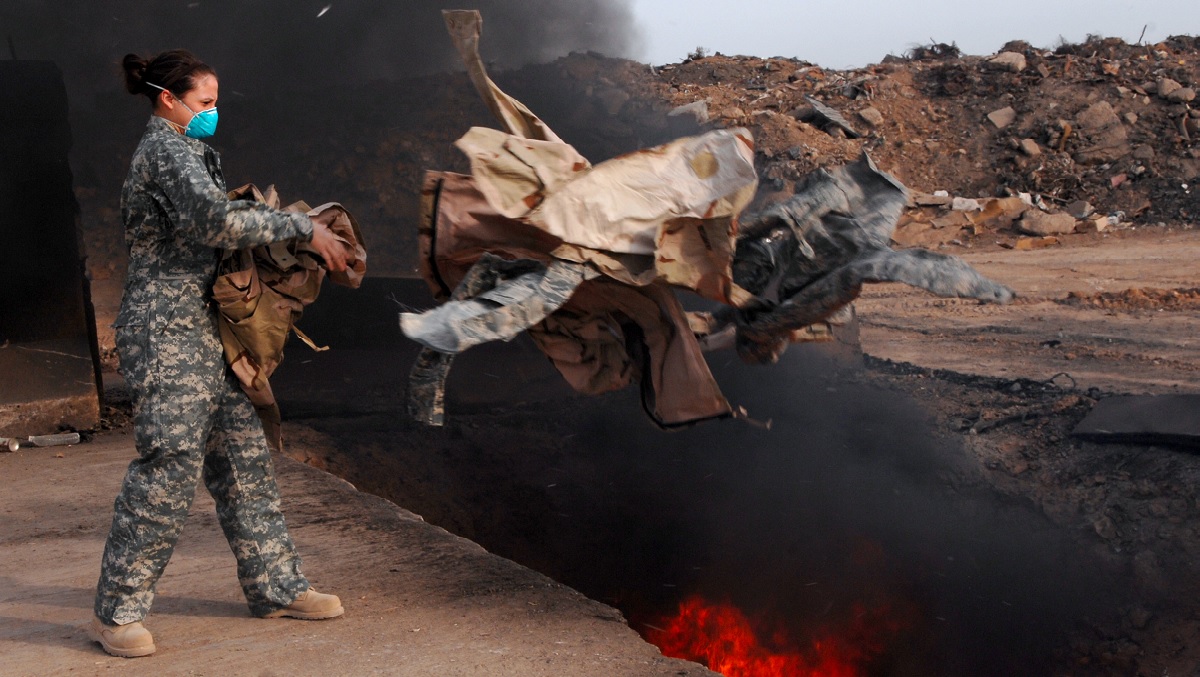 Photo by U.S. Air Force/Senior Airman Julianne Showalter. A military burn pit. Earlier this year, the VA expanded presumptive disability status to include those exposed to these pits who developed certain illnesses. Now it's launching a broader evaluation of the way it handles claims for toxic exposure.

The U.S. Department of Veterans Affairs is launching a pilot program to reevaluate the way it handles claims of toxic exposure. It's focusing on people who developed rare respiratory cancers or constrictive bronchiolitis.

"The goal of this new model is to lower the burden of proof for Veterans impacted by exposures and speed up the delivery of health care and benefits they need," the VA wrote in a statement.

The department will use information from veterans' claims to add to scientific literature connecting exposure to illnesses.

The program will last until April 1, 2022. The VA expects to have answers about whether they can link these illnesses to toxic exposures by the middle of that year.

The White House issued a statement about the new program, saying "gaps and delays in the scientific evidence" have prevented vets from getting access to medical treatment for their conditions in the past.

This move comes three months after the VA expanded eligibility to vets who were exposed to burn pits, industrial air pollution and other hazardous conditions while serving in the Gulf War and post-9/11 operations in southwest Asia.

These recent expansions contributed to a spike in the backlog of claims last month.

The VA planned to hire 2,000 more personnel to deal with the increase.