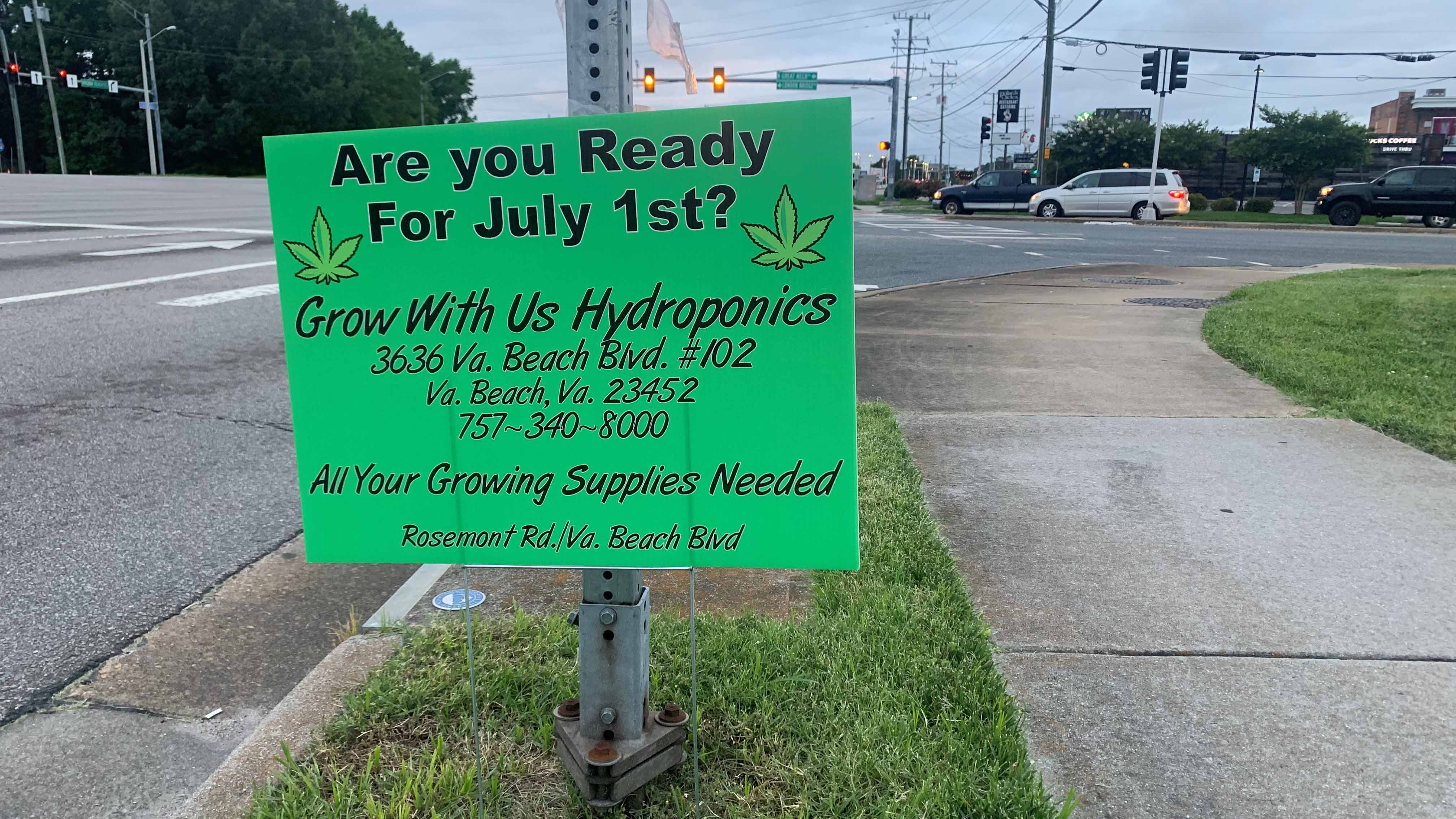 Photo by Mechelle Hankerson. Personal possession of marijuana became legal this year, but provisions for growing and selling marijuana now have to make their way through a Republican-led legislature.

Marijuana legalization could go up in smoke with Republican wins

It made  personal possession legal immediately, but some parts of the law were stuck with a reauthorization raider, which means they need General Assembly approval again in 2022 to go into effect.

The catch: That marijuana bill didn’t get a single Republican vote the first time around.

Republicans took a majority in the House of Delegates and secured the executive branch. That could derail full legalization, especially provisions for the sale and large-scale cultivation of marijuana.

JM Pedini is the development director for NORML, the marijuana reform nonprofit, and heads the state chapter in Virginia.

“Based on the 2021 voting records, it is now entirely unclear if a path for a legalization bill to succeed exists in the House or even in the Senate,” Pedini said.

Governor-elect Glenn Youngkin doesn’t have plans to repeal what’s already done, according to a July tweet from his campaign. Details of how legalization moves forward will be decided by lawmakers.

"They have a framework of things they would like to do, but they didn't have the guts to go ahead and do it when they had the chance,” Gilbert said. “The General Assembly is left with trying to figure out a path forward in terms of how to deal with that issue."

He didn’t say whether that means retail and growing provisions are off the table.

Despite resistance from Republican legislators the first time around, marijuana legalization is extremely popular with voters across the political spectrum.

A Pew Research poll from earlier this year shows that just 12% of Republicans believe marijuana should be totally illegal.

Among those Republicans who believe it should be legal in some capacity, the majority support both medical and recreational use.