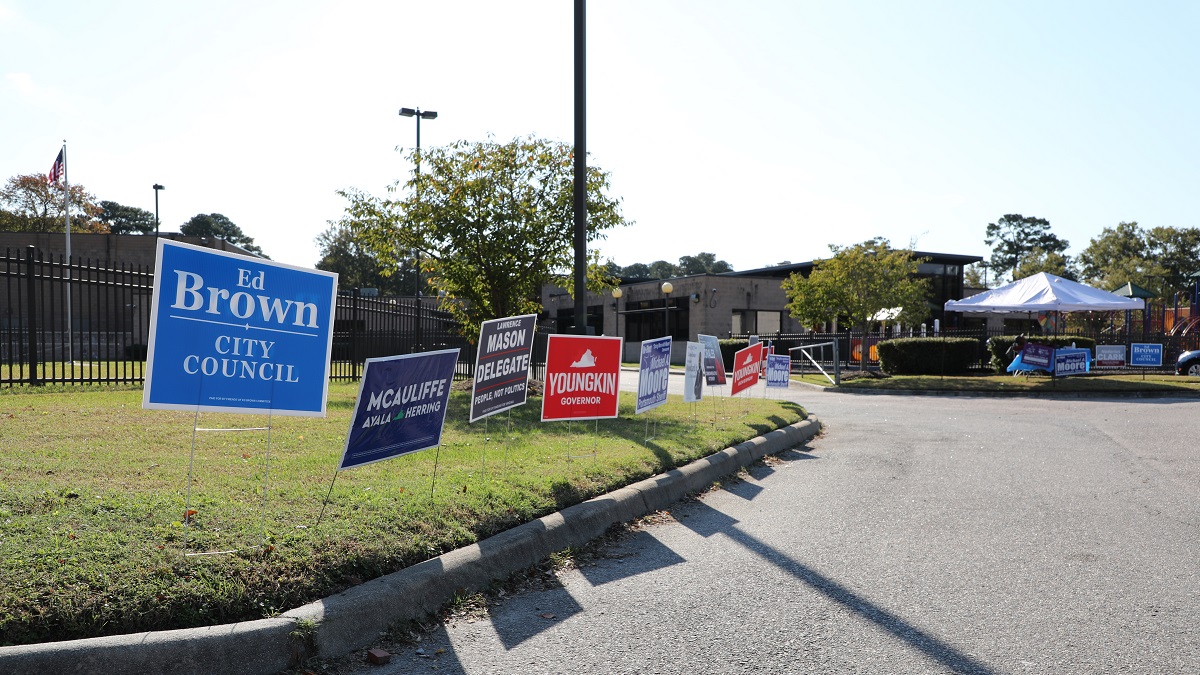 Photo by Jonah Grinkewitz. More than 3 million Virginians went to the polls.

How Hampton Roads voted in the 2021 elections

Last night, Republican House of Delegates candidates wiped out Virginia Democrats' gains from 2019 and cut into their gains from 2017.

While votes have yet to be certified, Republicans appear to have flipped seven seats -- four of them in Hampton Roads.

Republicans took back the 83rd District, which Democrats won by just 40 votes in 2019. Republican attorney Tim Anderson held a healthy lead over first-term incumbent Nancy Guy as of Wednesday morning.

"We are going to work tomorrow because what they (Democrats) have done to Virginia is disgusting and we are going to start reversing these things right away,” he told supporters.

In Virginia Beach’s 85th district, Karen Greenhalgh seems to have unseated Alex Askew by about 200 votes, or about 0.72% of the vote.

Virginia law says a recount can occur if the difference between the winner and loser is 1% or less of the total votes cast for that office.

Democratic incumbent Martha Mugler in Hampton also appears to have narrowly lost her reelection bid in the 91st district.

Results are unofficial and more mail-ballots need to be counted, but the current tally puts the race within the margin for a recount.

Incumbent Kelly Fowler won her race for the 21st district by just over 200 votes, or about 0.79% of the vote. Republican challenger Tanya Gould may contest the results.

"The adventure is not over," Neena Moorjani, Gould's campaign manager, texted to WHRO. "It appears that we have falled under the 1% threshold and may be able to request a recount. We are working on next steps."

Tyler has held that seat for more than a decade and outspent Wachsmann by more than $800,000.

The city needed voters’ approval because Virginia Beach’s charters usually prevents it from taking on that much debt.

The money will fund more than 20 flood reduction projects over the next decade.

Leading up to Tuesday’s vote, city officials stressed the bond is necessary.

They said it would take Virginia Beach 40 years to complete the flood mitigation projects with current funding resources -- too long as sea level rise accelerates and rainfall intensifies due to climate change.

Sea levels around southeast Virginia have risen nearly 20 inches over the past century, and they could rise about another 7 feet by 2100.

In Mathews County, voters overwhelmingly rejected a proposal to relocate a Confederate monument away from its place on the county’s Historic Court Green.

A similar referendum to relocate a monument in Middlesex also failed.