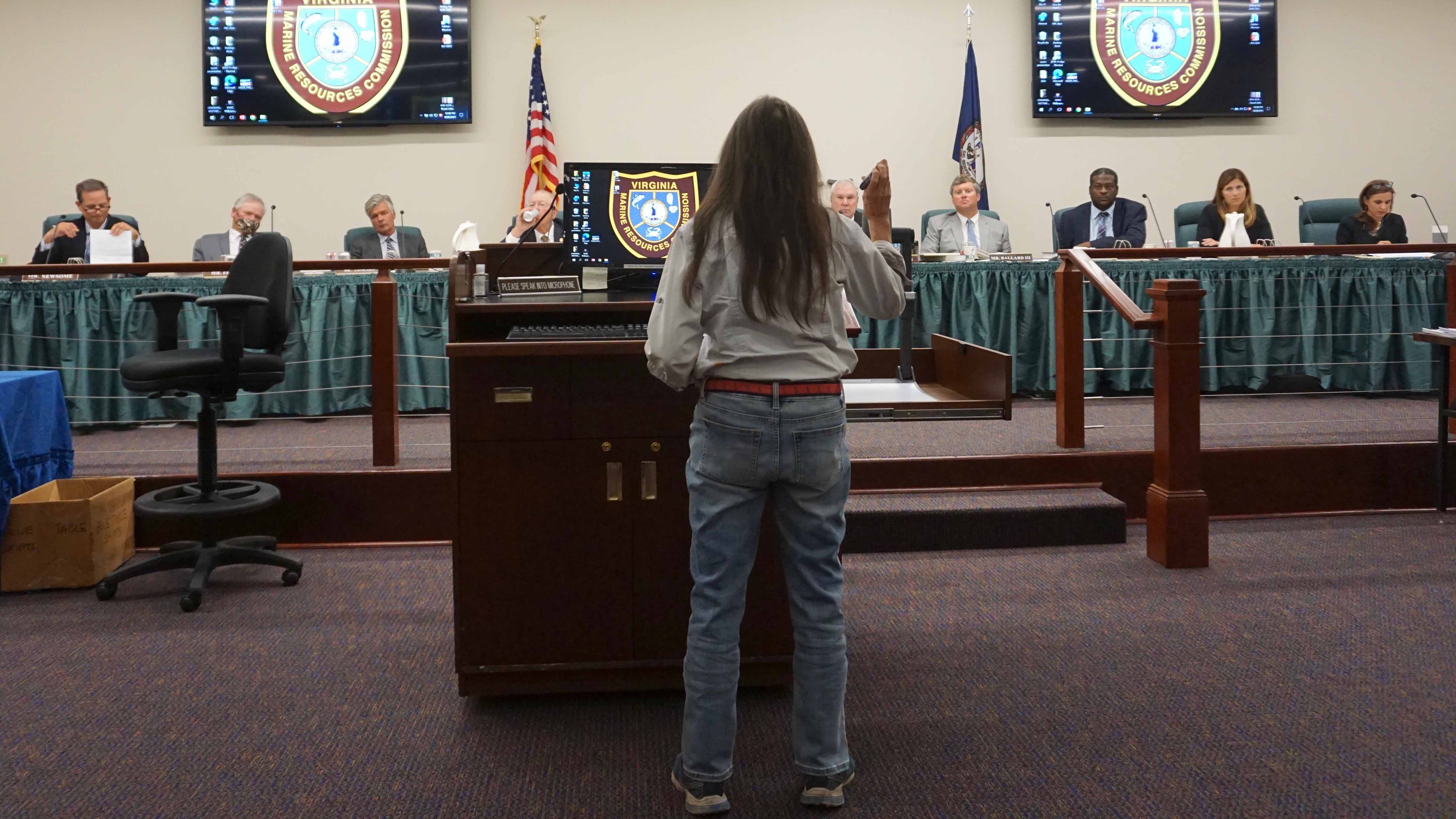 Photo by Pamela D’Angelo. Ida Hall told the Virginia Marine Resources Commission reporting her daily catch via the internet was difficult because her area lacks a reliable internet connection.

In rural Tidewater, reporting the daily catch is harder without broadband

For most of her life, Ida Hall has been working out on the Chesapeake Bay catching crabs.

With the exception of a few tweaks, the crap traps she uses to catch them have remained the same since they were invented in the 1920s.

But technology is imposing itself.

Watermen must move from paper to online to report their catch to the state.

So, Hall grabbed her flip phone and drove her 1995 Dodge truck two hours to speak to the Virginia Marine Resources Commission.

The Virginia Marine Resources Commission has been slowly moving fishermen, the oyster industry and now commercial crabbers to mandatory online reporting of their daily catch.

But in rural Tidewater, where many go without good cell coverage or internet, that’s a problem.

“I live in an area that is underserved by internet, I can’t get it at my home and this is my cell phone. I would upgrade it, I would love to get into the 21st Century, but I don’t have a reliable cell signal,” she told the VMRC at a recent meeting.

Hall is one of more than 3,000 Virginians who fish, crab or oyster for a living.

And while she may be the first to lodge her concerns before the board, she’s among the 30% of rural Americans without access to broadband.

Virginia won’t have full coverage until 2028 but mandatory online reporting starts next year.

“I’d like to move broadband in the same warp speed that we’re moving this,” said VMRC commissioner Steven Bowman said at a meeting.

But broadband expansion is beyond the commission’s control, Chief of Fisheries Management Patrick Greer pointed out.

The commission also suggested Hall could, like others, hire someone to enter their data.

“It’s not our fault that we don’t have internet,” Hall said. “And we shouldn’t be punished further by having to pay.”

In the end, a deal was struck: VMRC’s regional office will open its doors for Hall to come in and be tutored and use their internet connection to file online.