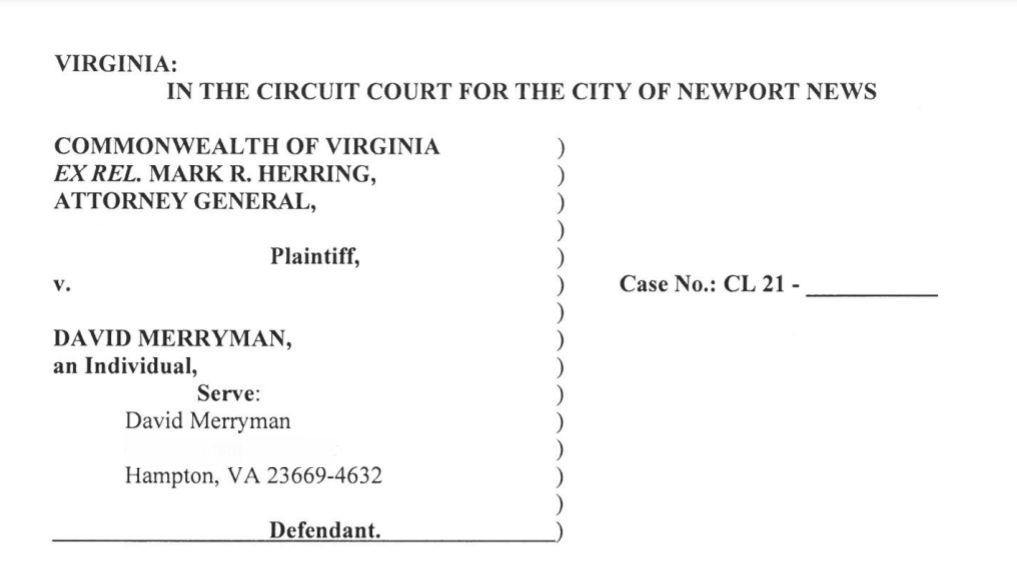 According to a lawsuit, David Merryman of Hampton owns 36 single-family homes in Newport News.

Most of his renters were Black women.

Attorney General Mark Herring's office claimes in the lawsuit Merryman would rent out homes with problems like structural damage or sewage issues that should have made them legally uninhabitable.

Then he’d refuse to make repairs.

The lawsuit said when tenants would ask him to fix things, Merryman would respond by calling them the N-word, telling them to “go back to Africa,” or a host of other racist and sexist abuse.

He even said some of those same things in front of city property inspectors.

The suit said Merryman would sometimes refuse to deal with women, instead demanding to talk to a husband or male family member.

Herring’s office said this is the first lawsuit aiming to hold a landlord accountable for systemic discrimination under the state’s fair housing law.