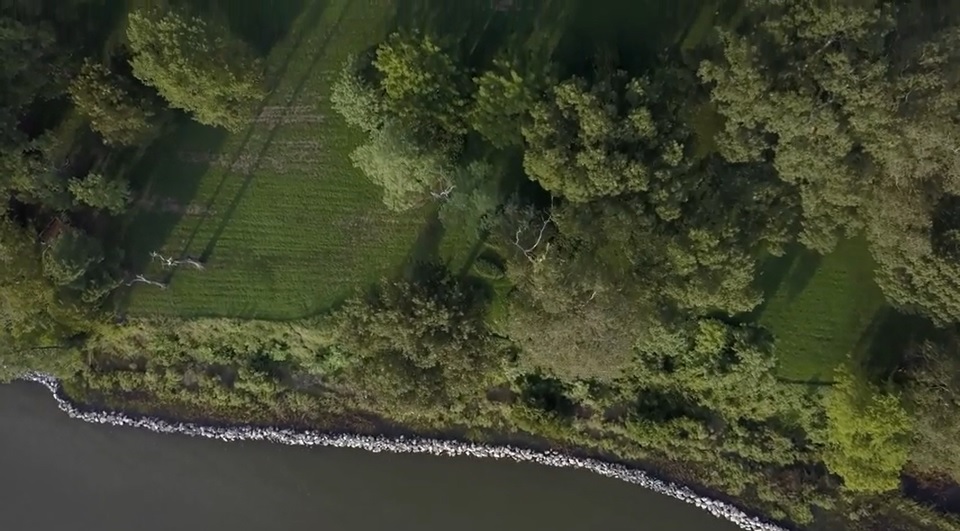 Photo from National Park Service. Werowocomoco in Gloucester was likely the site of Chief Powhatan's home.

This story begins on the Alliance, a 105-foot schooner sailing the York River on a Sunday evening.

For a few hours, with the exception of a pod of dolphins, Joel Dunn, president of the Chesapeake Conservancy has captivated a group of potential investors.

“This is the pitch,” Dunn said. “So, the Chesapeake Conservancy is raising money to match the National Park Service’s money, and time and effort to do the research we need to do at the site.”

The site is Werowocomoco, the political center of the Powhatan chiefdom before and during the early 1600s along the York River in Gloucester. Werowocomoco is closed to the public but nearby is a new state park, Machicomoco, developed with the 11 tribes with the state in Virginia.

It’s been nearly 20 years since archeologists and tribal nations in Virginia began looking for clues to the people and cultures of Werowocomoco, an integral part of Indigenous history in eastern Virginia.

The story of Werowocomoco’s discovery cannot be told without Lynn Ripley, the landowner who shared with archeologists her private collection of artifacts she and husband Bob found walking the 300-acre property.

“Bob and Mr. Coleman were going from the house on the river to his farmhouse and he said to Bob, “You know where it is, don’t you?” And Bob says, “No, where is it?” And he said, “It’s right over there.” And he’s pointing into a field. And Bob said, “It is?” And he said, “Yes, it is.” And that was the only comment.,” Riple said. “Bob thought it was strange, but, okay. It wasn’t until years later that we found out what the “it” was that he believed to be there and that’s where Powhatan’s house was.”

Beginning in 2002, Martin Gallivan, an archeologist from the College of William & Mary led the Werowocomoco Research Group. Just off the Pamunkey River, renamed the York River by colonists, his team found evidence of a Native town unlike any other: An agricultural community.

“These were farmers raising corn, beans and squash,” Gallivan said. “And it was a place that had been established several hundred years before 1607, roughly around A.D. 1,200, so that’s 400 years before John Smith ever arrived in the region, there was a sizable town at Werowocomoco.”

About 1,000 feet from the shore, Gallivan’s group found it-- the site of the house of Chief Powhatan, leader of the Algonquian empire. Here they found non-local ceramic, smoking pipes and copper, signs of negotiations with colonists in nearby Jamestown.

“What we have evidence of what we think is a place of ceremony, a place of diplomacy, a place of power, where the chief is residing in the early 1600s,” Gallivan said.

It’s also where John Smith was likely taken during his capture by Powhatan.

Ashley Atkins Spivey has her doctorate in anthropology and is an enrolled member of the Pamunkey Tribe in Virginia. She got her start in 2005 at Werowocomoco working with Gallivan’s team.

“This isn’t just a place to go and throw a frisbee and put your picnic basket down,” she said. “There are people buried here. This was an extremely important part of Powhatan history and how the chiefdom came to be and what it was by the time the English arrived in 1607.”