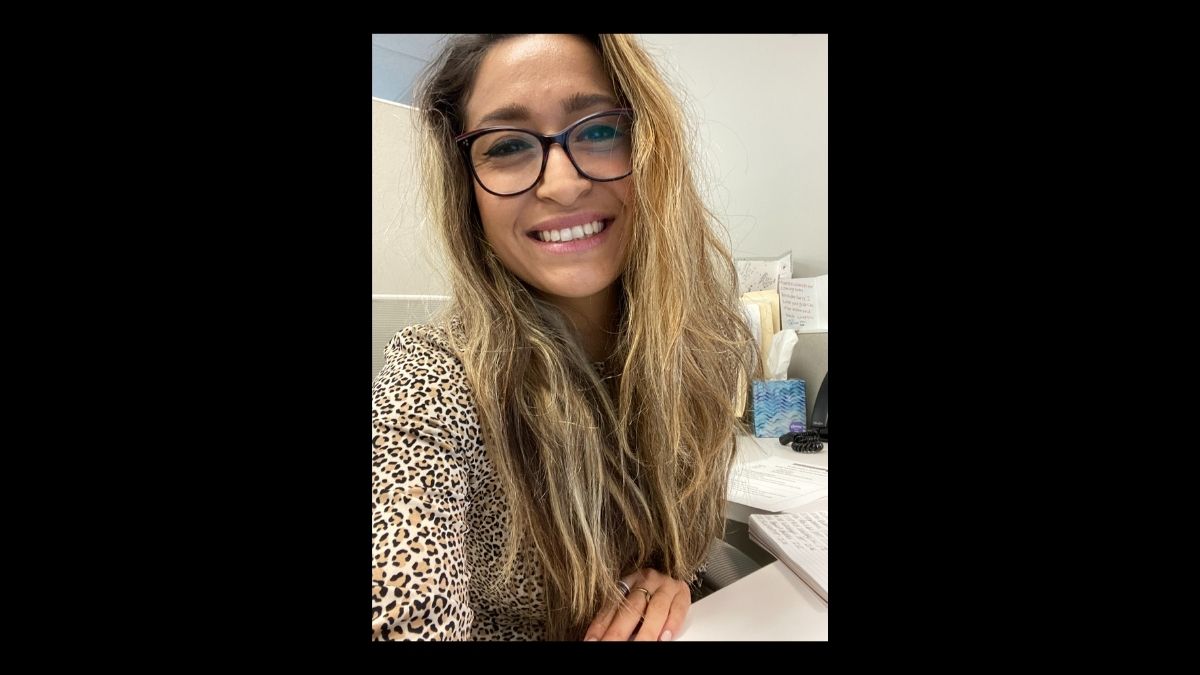 Photo from Yesica Cruz. Yesica Cruz came to Hampton Roads as an au pair and decided to stay to experience the culture.

According to U.S. Census numbers, 7% of the Hampton Roads population was born in another country - the majority of those people coming from Asian countries.

People from Latin America make up the next highest number of that percentage.

That doesn't mean every Latino in the region are immigrants -- of the approximnately 126,000 Latino people, about 38,000 were born in a different country.

But for those who did choose to come to Hampton Roads, there are a wide range of reasons.

In partnership with Old Dominion University Department of World Languages and Cultures and the university’s Hispanic Latino Employee Association., WHRO is exploring what it means to be Latino in Hampton Roads.

A note for readers: We're using the word Latino in place of Hispanic. Hispanic typically refers only to Spanish-speaking countries and excludes countries in Latin America that speak other languages.

Yesica Cruz came to Hampton Roads as an au pair and decided to stay to experience the culture.

For Celia, Hampton Roads provides safety for her and her two daughters.

Read an English transcript of Celia's interview below:

What brought you to the United States?

Coyotes are people who you never see, you never know who they are. You’re simply paying them to bring you. You don’t know if you’re going to make it or if you’re going to die on the trip. You risk everything to come to the United States, but the idea of coming to the U.S. is to work to help and do better for your family.

We’re not coming to take anything from anyone. There are many here like me, who came with the same purpose to work and do better for our families.

When I was on the way here, we didn’t have water, we didn’t have food, there were snakes on the trail, we were in the hot desert. It was so hot I thought I was going to die. We didn’t have water until one day, in the middle of the desert, we found a puddle. It was like dirty water, for animals, or whatever. We found it. We thought we found heaven because we found it. We had water, we took it and when we drank it, it had a horrible taste with dirt but we drank it. If not, we were going to die on the trail.

One of the worst reasons I don’t want to return is because five years ago, someone killed my brother, without motive, without reason and we still ask ourselves why did they kill him? My brother has his wife, his daughter.

One day, strange people -we don't know where they came from- they came to his house asking my brother if he knew how to fish and find iguanas in the bush. The strange people came to ask if he knows how to fish or go scrounge, do you want to come? He said Yes, I want to come with you, come on. And they went to look for iguanas in the bush that day at five in the afternoon.

The people asked my brother if he could help them. He said “Yes, I could give them the boats they needed” and they left. Until one of them were two men. They had a motorcycl. They left it parked outside our house and one of them came back around 6 p.m. My parents thought it was two men, probably Vidal- the name of my brother they killed is coming with the other person in the back.

But no, they had already planned what they were going to do with my brother, because this man never passed near the house or anything. We think he ran away for some reason. Then my brother never came back to the house. The next day, looking for him and my brother was killed. One of those reasons my other brother, who is now here, he came because he also saw my brother’s dead body and my brother was just crying. He was the brother next to him. So he was crying and he was going crazy. And it seems that organized crime was threatening him, that they had killed my brother first. Then my other brother came. He was seventeen years old.

Thank God he came, but he was caught by migration in the desert. I thank God they didn't catch me. I crossed through the Arizona desert. We walked two nights, two days. We had no water, no food, nothing. It was so hard the way here.

When my parents ask if I want to go back to El Salvador, I say no, because they killed my brother when there was no reason. We don't have money, we don't even have land. So now I say if they murdered my brother, we are poor, we have nothing in El Salvador. Now that I am coming from the United States, people will be thinking ‘Oh, she is coming, the United States brings a lot of money. She is going to bring me a lot of money,’ but I have my daughters here. My brother was lost or left dead in the bush, they shot him twice. We were like crazy wanting to find him. Calling the police. Neighbors from other places outside our house. And until the next day they found him and they found him with two bullets. He got one in his neck back here and one in his back. It seems that my brother was ahead of them, walking. When the first bullet they hit him, it was in his back and it came out in his heart. Then, when my brother was on the ground, the people hit him another one right here near his head and his neck and his bullet came out here in front of him. It disfigured his face. And my parents, when they found him, they couldn't believe it was my brother because he didn't drink, he didn't smoke, he didn't have anything to do with criminals or anything. We are one house outside of civilization and even now we wonder what happened? Why did they kill him then? And I don't want to go back because I feel that fear for me now, for my daughters. And I don't want my daughters to grow up in a place as poor as I grew up. As I told you, we have no drinking water, no electricity, no bathrooms. So I don't want that for my daughters. I want the best for them and for me. I would like to be here all the time until my daughters are grown up and independent, that they can fend for themselves, grown up.

Does the rest of your family want to come here?

They can come. Thank God that since I was working, we were able to have the money to apply for a tourist visa so my dad, my mom, they can come. They come once a year, but now because of the pandemic they haven't come. But they like it here. They say they want to stay, but they can't stay because they only have a tourist visa to visit. Once I asked them if they would like me to go back. They say no, that although they will go, we can't go back to the poverty we have had before. We better work hard to save for the future. They say work hard, since God gave us the opportunity to be in the country where they say there are more opportunities and keep working. You can save, earn much more money than in El Salvador. You can't earn what you earn in a year here in El Salvador. You have to spend centuries to be able to earn it. They say be careful. Drive carefully and see that you have to drive even if you don't have a license. Drive carefully so you don't have problems with the police or anything else so they can't send you to El Salvador. Well, until today, thank God, I have not had any problems with the police, less migration because I feel that I am fine. I don't drink thank God, I have my two daughters for whom I have to be well and strong.

You have two daughters. Why do you want them to grow up in America?

Here I feel that by having my daughters here in the United States working, I will be able to help my daughters get ahead so that they can study and have a better future, a future that I cannot give them in El Salvador.

Here I found places where I can take my daughters to have fun, like the zoo. I haven't had any problems with people around me. So that's why I feel like it's a safe place. I haven't had problems with anybody. So I feel safe here. I've met wonderful people that thank God they were put them in my path. They are really angels to me.

What would you tell people about being Latino in Hampton Roads?