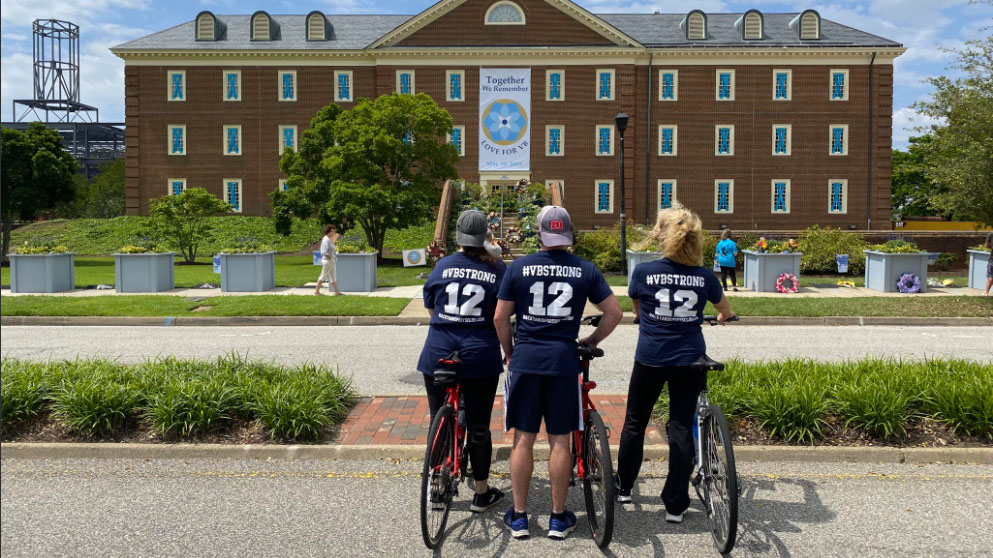 Photo by Sam Turken, WHRO. Virginia Beach residents remembered the victims on the one-year anniversary of the 2019 mass shooting.

An anonymous letter to the state commission investigating the 2019 Virginia Beach mass shooting claims there were signs pointing to the shooter's motive.

Several reports done after the shooting claimed there was no clear reason behind DeWayne Craddock killing 12 people and injuring four more.

The group that wrote the letter calls itself the "5/31 Virginia Beach Building 2 Stronger Together Peer Group." It's unclear who makes up the group, but members appear to have knowledge of events that haven't been made public.

The group claims a new hire by the city may have been one of the triggers of the event:

"In May of 2019, a new position was filled. It was a position that straddles Public Works-Stormwater Quality to Public Utilities. The entire interview panel was killed 5/31," the letter reads.

"The person who received the position was also shot. The hiring supervisor was someone with whom Craddock had had run-ins. This does not seem to be a coincidence. It sounds like motive. The Police could not connect the dots on this because according to the Police, it would have been a lateral move for Craddock who did not apply for the position."

The VBPD's report, released in March, found no evidence of a motive.

“Despite exhaustive investigative work and in spite of unsubstantiated rumors and accusations, it appears we may never know why he committed this heinous act,” the report read.

Virginia Beach spokesperson Julie Hill said the only position that was equal to Craddock's was filled in January 2019, not May.

Hill also said there was no record that Craddock applied for any new positions.

"The person selected for the Engineer III position filled in January 2019 was not among those who were shot or killed," Hill said. "And none of the individuals listed as being on the interview panel of this hiring were among those shot or killed."

It's unclear if there was another position filled in May the group might have been referring to.

In addition to putting forth a motive, the anonymous letter said employees don't have adequate resources for therapy, among other concerns.

"Many employees and temporary workers are still not given the opportunities needed to properly heal," the letter reads.

"Some are just now waking up, two years after the event to realize they were traumatized. Others are still unaware that they even need help because they are immersed in their work to avoid feeling personal grief."