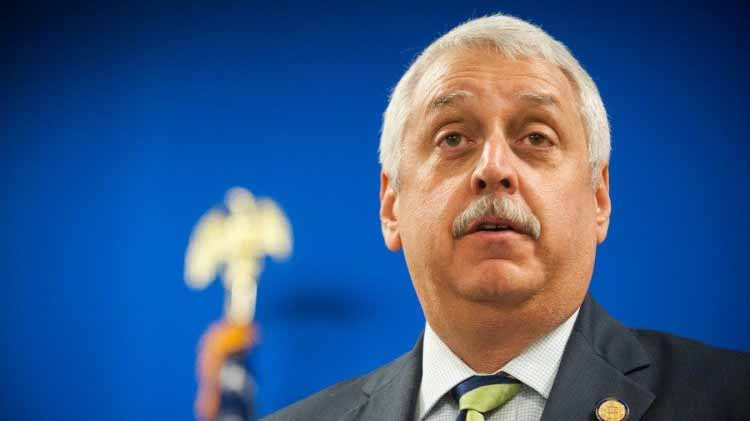 Photo from VPM News. Del. Steve Heretick of Portsmouth attributed his primary loss in part to a lawsuit that has since been dismissed.

A U.S. District Court judge in Pennsylvania has dismissed a civil lawsuit against Portsmouth Del. Steve Heretick that centered on allegations he took advantage of thousands of people who received settlements from injuries or workplace accidents.

Judge Chad F. Kenney ruled that attorneys for the alleged victims failed to meet the legal bar proving Heretick was part of a broader scheme related to structured settlement agreements. Kenney also dismissed a motion to broaden the case to include more plaintiffs as a class action suit.

Jonathan Auerbach, an attorney for the alleged victim, said they plan on appealing the Sept. 1 ruling.

Heretick lost a primary challenge in June to 26 year-old Nadarius Clark by just 154 votes. He claimed that VPM’s previous coverage of the case factored into his loss of a seat he held since 2015.

“This litigation has taken a serious toll on me professionally, politically, and personally over the last four years,” he wrote in an email. “The Court’s ruling reflect that literally none of the many horrible allegations which were gratuitously levelled against me were ever true.”

The 2017 complaint centered on structured settlement agreements (SSAs), a series of staggered payouts often awarded to victims of workplace accidents.

The case was brought by Larry Dockery, a former lumber mill janitor who entered into a structured settlement with an equipment manufacturer after his arm was severed by a machine. Dockery sold away the rights to future payments in exchange for a lump sum payment under terms his attorneys argued were unfair.

Dockery’s lawyers alleged that the companies that bought his payment rights, their attorney - Heretick - and Portsmouth Circuit Court judges colluded to rubber-stamp thousands of similar deals from 2000 to 2016 without the judicial review required by state and federal law.

Those statutes were established in part because of concerns over the fairness of those sales to sellers, who are often lower-income and underemployed due to their injuries.

Dockery’s lawyers argued the terms of the sales were so egregious that they would have raised red flags if Dockery or other sellers had gotten truly independent financial advice.

The lawyers that signed off on Dockery’s payments were paid a commission by the SSA buyers, which Dockery’s lawyers said compromised their independence. They claimed that Heretick, who filed batches of the deals for judicial review in Portsmouth, falsely claimed that the deals had been independently reviewed.

Dockery’s lawyers pursued claims under the federal Racketeer Influenced and Corrupt Organizations Act because they claimed it involved multiple actors who committed mail and wire fraud.

But Judge Kenney, who was nominated to the bench by former President Donald Trump in 2017, found that arrangement did not violate the language of Virginia law or meet the criteria for a RICO claim.

He noted that Dockery had signed several affidavits indicating that the deals were in his best interest. Kenney noted the deals pushed through by Heretick included several warnings to buyers to seek independent advice, and thus were not a misrepresentation.

“Whatever merit Dockery’s arguments have that lawyers who are hired to advise individuals about selling SSA payments should not be referred to sellers by SSA purchasers, be paid on a contingent basis, or sign letters potentially drafted by a purchasing entity, those are arguments better suited for the Virginia legislature than for this Court via a RICO claim,” Kenney wrote.

Kenney also said Dockery had failed to prove that the other sellers in the scheme were similar enough to Dockery’s to case to turn the suit into a much larger class action lawsuit.