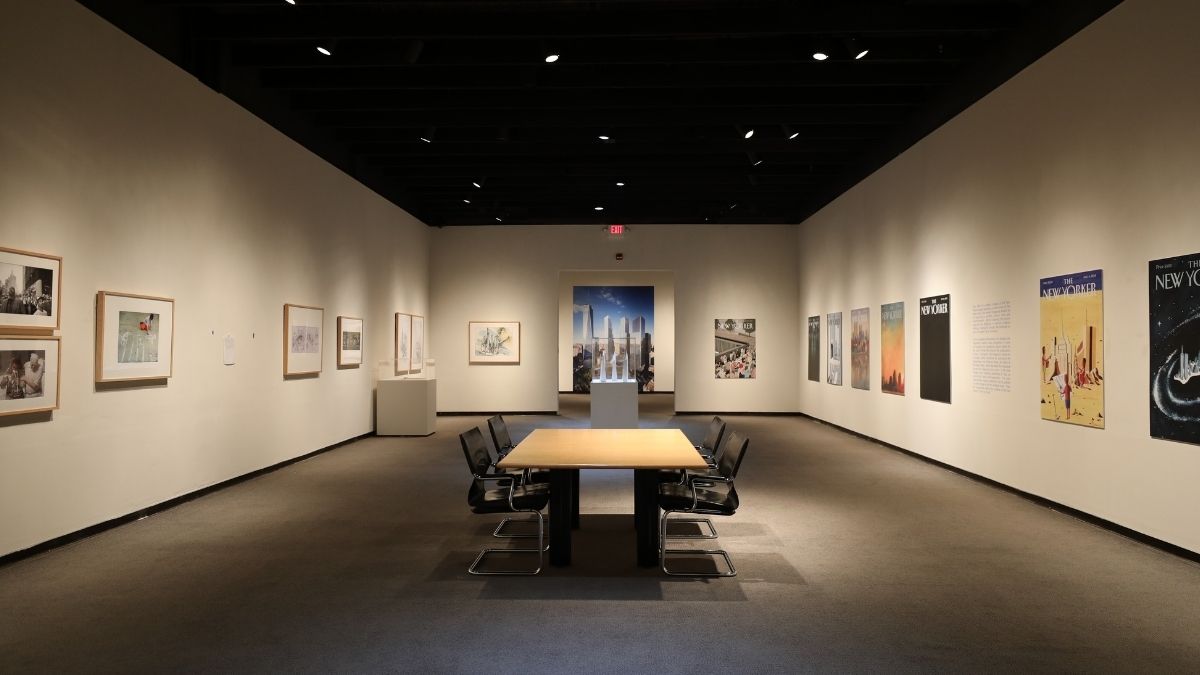 Photo courtesy of the Muscarelle Museum. Museum Director David Brashear said they hope the three sections of the exhibit will serve as chapel-like spaces for reflection.

"Revisiting" 9/11 Through Architecture At William & Mary

A new exhibit at William & Mary's Muscarelle Museum examines the impact of the September 11th attacks through the lens of architecture.

"Forever Marked By The Day" runs through January 9, 2022. It focuses specifically on the World Trade Center site in New York City.

The exhibition take visitors through the history of the site, from the inception of the original twin towers, to the day of the attacks and the rebuilding process.

Museum Director David Brashear said they hope the three sections of the exhibit will serve as chapel-like spaces for reflection.

"To acknowledge the day, and to rethink the story maybe a little bit more physically than people are able to revisit the story and do their remembering," he said.

Since the Muscarelle is located on William & Mary's campus, the exhibition also serves as an opportunity for younger students who may not remember 9/11 in a significant way to explore the meaning behind the event.

Meaghan Hicks was a fifth grader at Crestwood Intermediate School in Chesapeake when the attacks occurred and remembers feeling awestruck at what happened.

She went on to serve in the Navy and is now studying Psychology at William & Mary in the hopes of becoming a counselor for veterans.

"Every generation has certain events that just become etched in memory and they have a massive effect," she said. "They're not part of that generation."

She said she hopes some of her fellow students who are too young to remember can understand the gravity of how everything changed after 9/11.

The first section of the exhibit opens with an exploration of the twin towers and Minoru Yamasaki, a Japanese-American architect who designed the original World Trade Center.

Brashear said they were very careful in how they approached the second section, which focuses on the day of the attacks.

"We're not interested in depicting the death," he said. "What we do is explore the attacks just through some very compelling and sensitive photographs."

The third section features photographs, drawings and models celebrating the work of major architects involved in the redesigning of the current World Trade Center site.

They include four drawings, one of which he made the day after the attacks, and a model of his ultimate design.

Brashear said impressive and beautiful designs like the ones at the new World Trade Center site have the ability to uplift the human spirit.

"When we're at our best, our cities can become remarkable," he said. "And when we allow our cities to evolve and be infused with our human spirit, there can be jubilation."