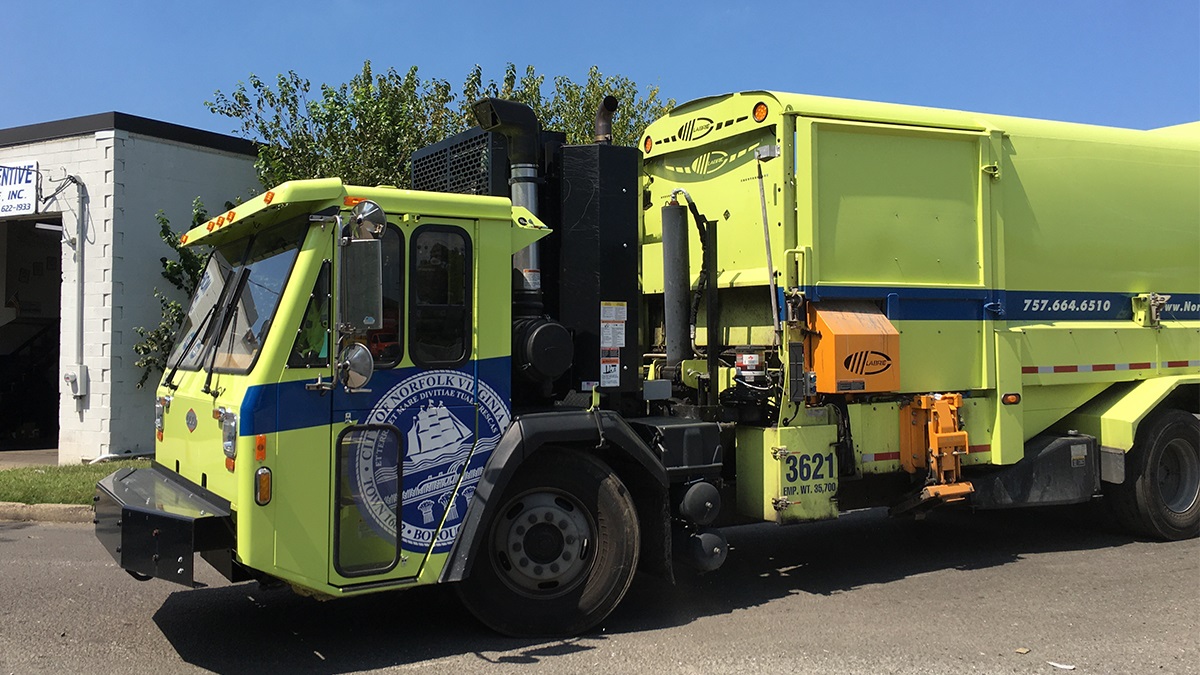 Drivers licensed to operate trash trucks are opting for better-paying positions, like ones with Amazon. (Ryan Murphy/WHRV)

Officials from cities around Hampton Roads have long lists of vacancies behind the wheel of their trash trucks.

In Chesapeake, for example, 40% of the waste management jobs are empty.

Frank James, the director of Public Works in Newport News, said everybody’s in the same boat across the region.

“We've got to compete with other municipalities trying for the same individuals and trying to see who has the best package that we can bring to bring you on board,” James said.

They’re leaving for everything from long-haul trucking to private waste companies to retailers and delivery services, where demand ramped way up during the pandemic.

“Firms like Amazon are paying up to $20 an hour for folks to deliver packages in a nice air-conditioned van. So the demand for these folks has gotten quite a bit higher,” Broad said. “Everywhere you look, people are having to pay more for what used to be considered easy-to-hire folks.”

Broad said Norfolk has long struggled against the attrition in the waste management division, at various points trying to incentivize employees to stick around with new pay structures and bonuses. But it’s never been quite this hard.

“We've actually had several people quit within a month of being done with the bonus period where they would get the money. They just said it wasn't worth it and they can make more money going somewhere else,” Broad said.

He said they’ve been talking with the drivers and exploring what - if anything - can keep them behind the wheel. Broad said they've been looking at just about everything, including boosting pay and different kinds of signing or retention bonuses.