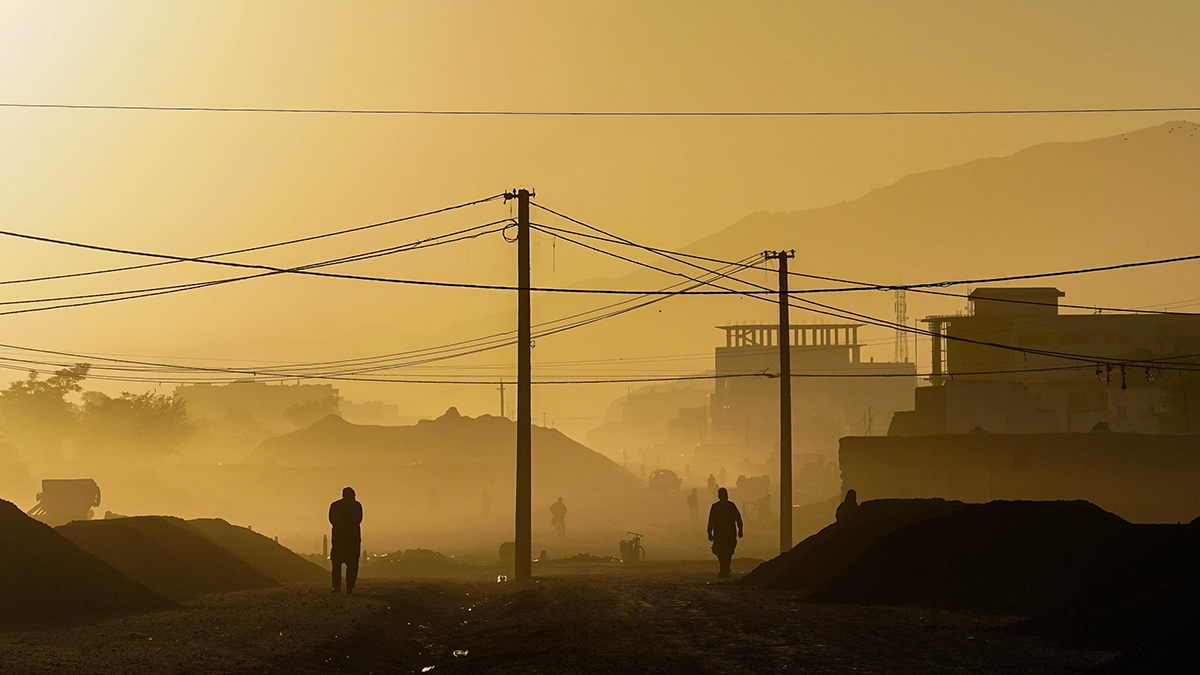 Photo by Mohammad Rahmani, Unsplash. The evacuation comes after Afghanistan's fall to the Taliban.

Former Hampton Roads congressman and Navy SEAL Scott Taylor is among military contractors, veterans and private organizations assisting with the evacuation from Afghanistan.

In wake of the country’s fall to the Taliban, Taylor says he’s coordinating with the U.S. military to help Americans and Afghan allies secure seats on flights out of the capital, Kabul.

The U.S. and allies are racing to complete the airlift by an Aug. 31 deadline for the American withdrawal from Afghanistan.

President Joe Biden has resisted calls from congress members and foreign allies to extend the deadline, citing security threats around the Kabul airport from the Islamic State group, or ISIS. The Taliban have also warned the U.S. against staying longer.

Taylor recently spoke with WHRV’s Sam Turken about the evacuation.

Listen to the interview and find a full transcript below. This conversation has been edited for length and clarity:

Sam Turken: Mr. Taylor, thanks for coming on.

Turken: This is obviously a massive operation. Reports say more than 80,000 people have been evacuated since August 14th. How are things going?

Taylor: I literally just got a phone call before I talked you about 30 to 50 seats that are open right now on the tarmac. And so I was already texting people trying to see if we had people in the airport that could jump on that bird to Uganda. But it's been very complicated. You have three different things that are moving targets that's getting to the airport. So sometimes it's the Taliban who are a pain in the butt in their checkpoint. Sometimes it's not the Taliban. Sometimes it's just the you know — everybody that's coalesced at the airport and it's just chaotic and everything. Right. Something happens, a gunshot goes off and people panic or there's there are so many folks there. Then you have, of course, once you get through the Taliban checkpoint, once you get to the U.S. military trying to get through with your paperwork. Your paperwork isn't all set, you get turned away. Then you get to the airport, the airport super packed. And then you've got air flow. Right. And your window to bring in a plane could change or get rescheduled. It's a nightmare trying to navigate these ever-elusive — what's the word I'm looking for — ever-elusive targets.

Turken: So can you tell us a bit more about what you're doing?

Taylor: From trying to facilitate flights to fielding requests and compiling information from U.S. citizens to Afghans and the various visa programs. And then we have passed that American citizen information off to folks that are there on the ground right now, within DOD and who requested information from us. We've been asked to help with certain agencies. You know, we just got a call from a big think tank NGO in D.C. who had 315 people on the ground in the city but needed help escorting them to the airport. So there's a third party country who's been doing that. So I use my contacts to help facilitate that. And that's in the works right now. They're going to get them safely to the airport and then they'll fly out. Our team is just working our butts off to to do anything we can to save lives and help people however we can.

Turken: And I understand that you have people directly reaching out to your team asking for help getting out?

Taylor: We literally have thousands of people who have requested. And when you read some of these stories, it's tragic man. Super sad. These people are desperate, very scared for their lives. We get messages every few minutes. You get something, somebody sends us a message. And it's not stopped for a week. For a week. And again, sifting through everybody, figuring out who you can help and who you can't is tough, right? And some people don't have paperwork. They haven't applied. The need is greater than we can provide. We're just trying to do whatever we can to save people's lives.

Turken: President Biden has vowed to end the evacuation effort by Aug. 31, citing security threats from ISIS. The Taliban have also said they'll be consequences if the U.S. stays beyond the deadline. Biden does say he may push back the date, if necessary. What's your response?

Taylor: There are literally thousands of Americans there and they're Afghan. A lot of them are Afghani Americans, right? Now obviously, there could be problems and there could be bloodshed. I get that 100%. But let me tell you what the Taliban understand. Not weakness. In this part of the world, which I have years of experience in, if you don't have strength, then you don't have fear or respect. Let's put it this way, the United States can dictate the outcome. We can absolutely say, 'This is the deal. We still have thousands of American citizens here. We're not leaving. We're not leaving them behind. If you start to do something, well, then there's going to be serious consequences for you.'

Turken: That was Scott Taylor. He's a former Hampton Roads congressman and Navy SEAL. Thanks so much for joining us.

Taylor: I really appreciate it.