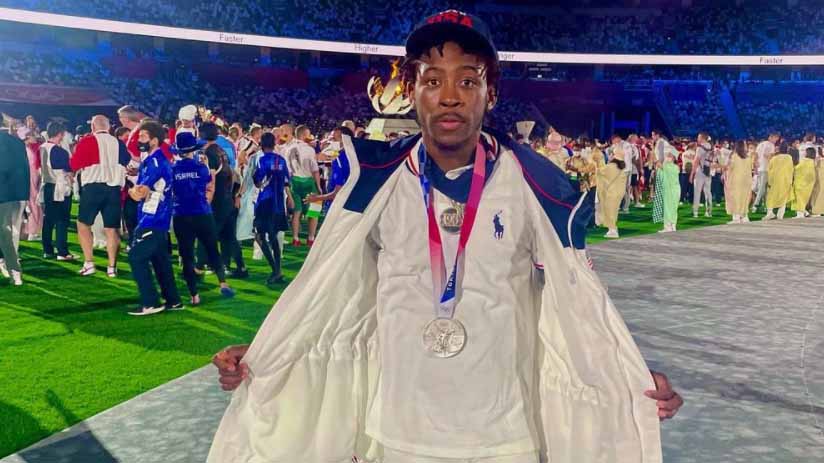 For Keyshawn Davis, it was a moment he thought about for years.

He was facing Cuba's Andy Cruz in the Tokyo Olympics -- the fourth time the two met in the ring. Cruz won all of the previous times and this time, an Olympic gold medal was on the line.

Davis was ready. After all, he's been boxing since he was 9 years old, a practice that started at a city-owned gym.

While other Olympic teammates expressed how nervous they were, he just wanted to climb into the ring.

"I wasn't nervous," he told WHRO. "I was feeling good. I was just feeling more than ready because I know I put a lot of work in training camp and stuff like that. So I just was just ready to fight that round."

In the end, it was a split decision with Cruz taking home the gold, a ruling that shocked many, including Davis.

"It was surprising to me because I thought I won," he said.

Still, he reveled in the experience.

"I was just trying to enjoy the moment," he said. "I was just trying to enjoy it while I was up there, because at the end of the day, still something I always dreamed to do. And I always just tell myself I experience every moment in the Olympics because I'm never going to do it again. So even though it wasn't the color I wanted, I was just happy, I was up there and, you know, knowing that I got supporters back at home."

Davis grew up in Norfolk in a single-parent home with his four siblings. He said he was just another kid, who worked hard to get where he is now.

"It's never easy to do stuff like that, facing all the unexpected, especially with COVID, quarantine, just having to stay focused, it can definitely test your character and your mental health. And I just feel like you're going to see yourself become a new person," he said.

Davis is the second Olympic medalist boxer from Norfolk. Pernell ‘Sweet Pea’ Whitaker was the first, in 1984.

Norfolk will celebrate Davis and his win Saturday, Aug. 21 with a parade starting at Harbor Park and ending at the Scope.

"Norfolk is extremely proud of Keyshawn Davis and his incredible performance at the 2020 Summer Olympic Games in Tokyo. He made history this summer, not just for our city but also as a member of the most successful US Olympic Boxing Team this century," Mayor Kenny Alexander wrote in a press release.