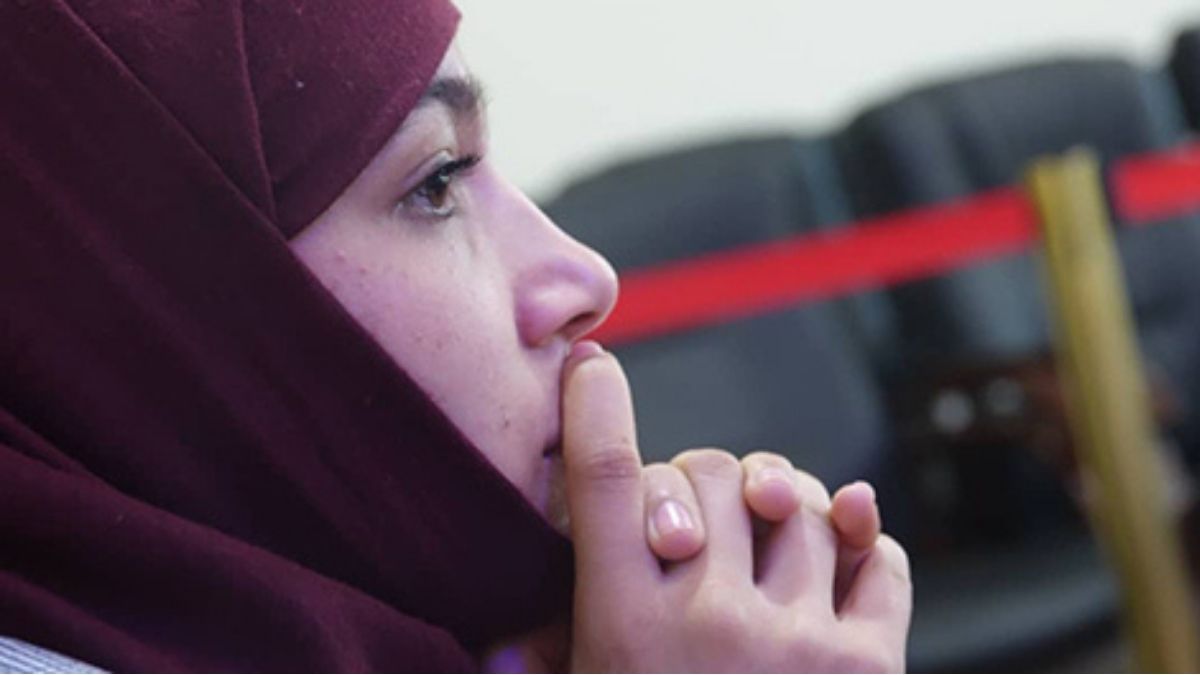 Photo courtesy of Sarina Faizy. Before moving to the United States in 2019, William & Mary graduate Sarina Faizy advocated for women‘s rights and served as the youngest member of a provincial council in her native Afghanistan.

"All I Am Hoping For Is A Miracle:" William & Mary Graduate Fears For The Future Of Her Native Afghanistan

President Joe Biden addressed the sudden collapse of  Afghanistan's government yesterday, acknowledging that it all unraveled quicker than he had anticipated. But he didn't apologize for making the decision to withdraw all U.S. troops by Sept. 11 — the 20th anniversary of 9/11.

Human rights activist and William & Mary law graduate Sarina Faizy told WHRO in April she feared a U.S. withdrawal would cause violence, and the prospect of Taliban-led violence against women has become a real fear in the last week.

Faizy spoke with WHRO about her concern for the safety of her friends and family now that the Taliban have regained control of the country.

Jonah Grinkewitz: Before moving to the United States in 2019, Sarina Faizy advocated for women's rights and served as the youngest member of a provincial council in her native Afghanistan. She is currently pursuing a Master of Laws degree at the College of William & Mary in Williamsburg. [CORRECTION: Faizy graduated from William & Mary in May, 2021]

Sarina Faizy, thank you for talking with me.

Sarina Faizy: Thank you so much for having me.

JG:  Before I ask any other questions, I know you have family and friends still in Afghanistan. What are you hearing from them?

SF: It is of course all over the world, you know, the news of Afghanistan. So it's not good. Nothing. Nothing good that comes from my family either. Whenever the internet works, they call me and I just make sure that they're alive and nothing happens to them. I have six sisters and a young brother who is 16, and the Taliban are focused on the young kids, like girls above the age of 14. So I am kind of curious about that, not just about my family, but all of the girls around Afghanistan.

JG: Even when the Taliban was mostly out of power, things were challenging for women in Afghanistan. You personally experienced death threats and other abuse for pushing the boundaries. What do you think will happen to Afghan women now that the Taliban has regained control?

SF: I'm in touch with some of the people back in Kandahar and Kabul. Everybody, not just women. Of course, women are like the biggest target for them and an easy target for them. Right now, everyone is under the attack and everybody's panicking and they're stuck at the house. Nobody has been outside yet other than the airport, as we saw in some of the video. But I think, of course, it's going to be so critical and difficult for women to go back. And working with the Taliban, whatever they name the so-called government, that it's going to work. It's not going to work. A second thing that women are really, really worried about, that they're not willing to get out of their houses because most likely they're well-educated. And the change of Afghanistan, how this change will go back to the past, it's impossible.

JG: How does it feel to be here in America while your country goes through this?

SF: Because for the past year I was on the social media. I keep saying that something is going to happen. This is the final point. But no one. No one listened to that. No one, no media, no one took it so seriously. The flag of Afghanistan is down. The people of Afghanistan are down. People are dying. Every single day we're losing people, still.

JG: Do you have any hope for your country...what hope do you have for the future?

SF: I don't have any hope. All I am hoping for is a miracle. Please save us all. We are here and we deserve better than that. We work so hard, we suffer for years and years. And my mother grew up in a war. I grew up in the war. Please stop that. We don't need any project anymore. We don't need any women's rights anymore. We want human rights. We want to live our life no matter how. But give us a chance.

JG: I'm so sorry. I cannot imagine how this feels and what you and your family and your friends and people, you know, back home are feeling and going through right now. But I just want to thank you for for talking with me and opening up about this. And I hope that they find safety.

SF: I hope a miracle happens. Thank you so much.