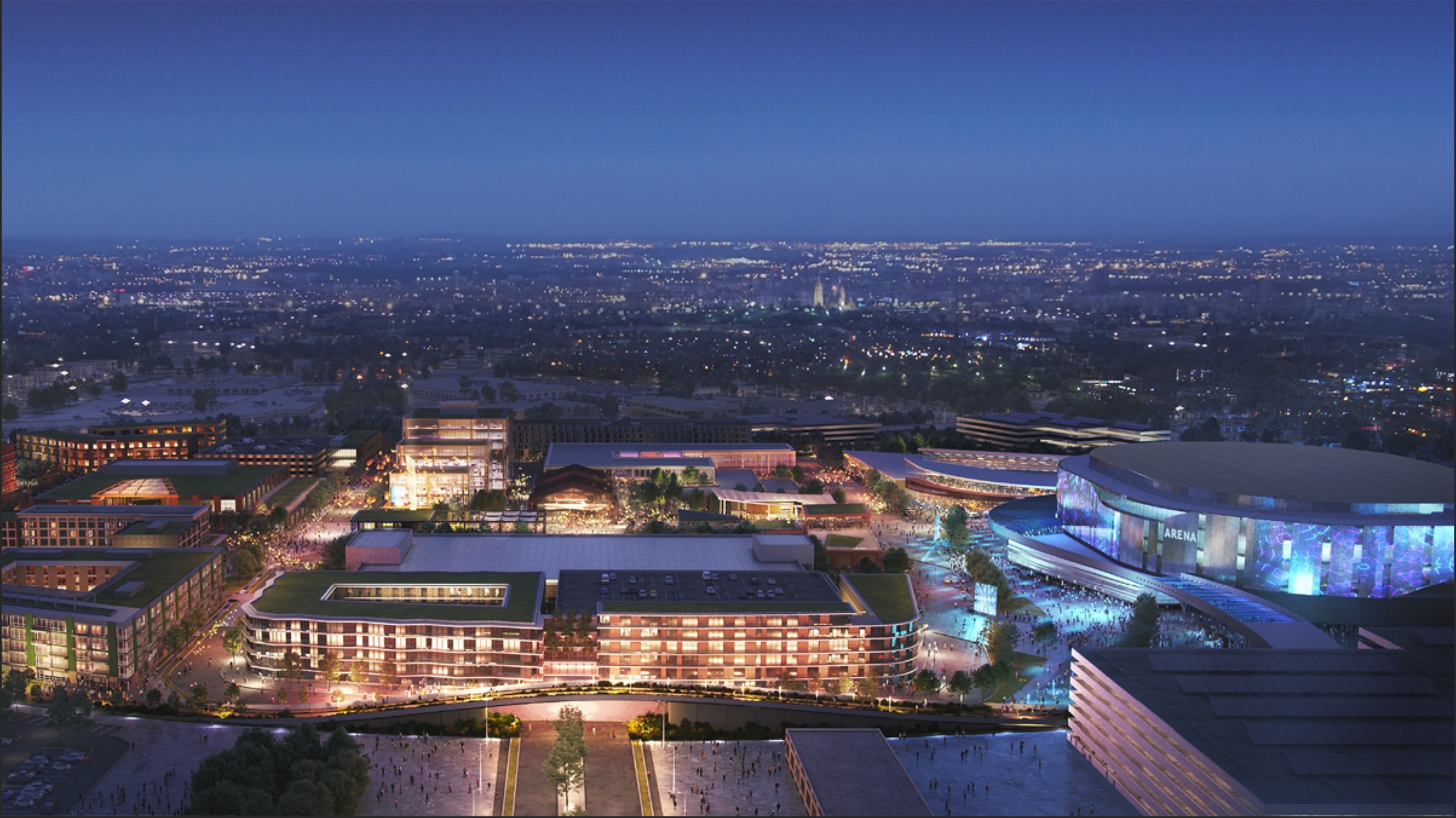 A rendering of a proposal from the Crossroads Partnership, one of three groups seeking to redevelop Military Circle.

Last fall, Norfolk officials said they wanted the flailing Military Circle transformed into a mixed-use community where people can live, work and play.

Three development groups have submitted proposals detailing how they’d overhaul the area, if given the chance.

Two include plans for a large-scale arena, which Hampton Roads cities have been chasing for years.

A plan from Wellness Circle, led by hip-hop artist Pharell Williams, is similar to the Crossroads one but includes a slightly larger arena and hotel and more residential space.

In contrast, the proposal from Norfolk MC Associates puts more of an emphasis on parks and open green space, with mixed-use buildings developed around a lake. The group, which includes Virginia Beach developer Bruce Thompson, also has plans for an 8,000-seat open-air amphitheater more similar to the Atlantic Union Bank Pavilion in Portsmouth than a fully-fledged arena.

The City of Norfolk has targeted Military Circle for redevelopment for years, in part because the area sits on a spine of elevated land where Norfolk envisions its future, Economic Development Director Jared Chalk says.

"So from Military Circle up to the airport to the naval base, that's the highest ground in Norfolk," he told WHRO. "It's 13 feet above sea level. And so as we think long term -- one hundred years, two hundred years out -- we have to plan for density in those areas."

While the city’s original request didn’t specifically ask for an arena, it's an open secret that Norfolk leaders have long desired something to rival the likes of Charlotte’s Spectrum Center. A large-scale arena has been the region’s white whale of economic development going back for decades.

Virginia Beach tried and failed to secure such a facility near the Oceanfront in 2017, and Norfolk’s flirted with other arena possibilities in recent years that have gone nowhere.

Now that the proposals are in, questions turn to feasibility -- and funding. None of the proposals say they’d need any cash or financing from the city to build.

But there will be plenty of other costs to the city, like roads, utilities, stormwater drainage and other infrastructure necessary to facilitate the overhaul.

Chalk said the city doesn’t want to pull from the existing budget and plans to use revenue from the project itself to pay for the needed infrastructure. But the details haven’t been hashed out yet.

The city’s next step is to hear from citizens. Plans for a survey and a public forum are in the works.

To view the executive summaries in full, click here.