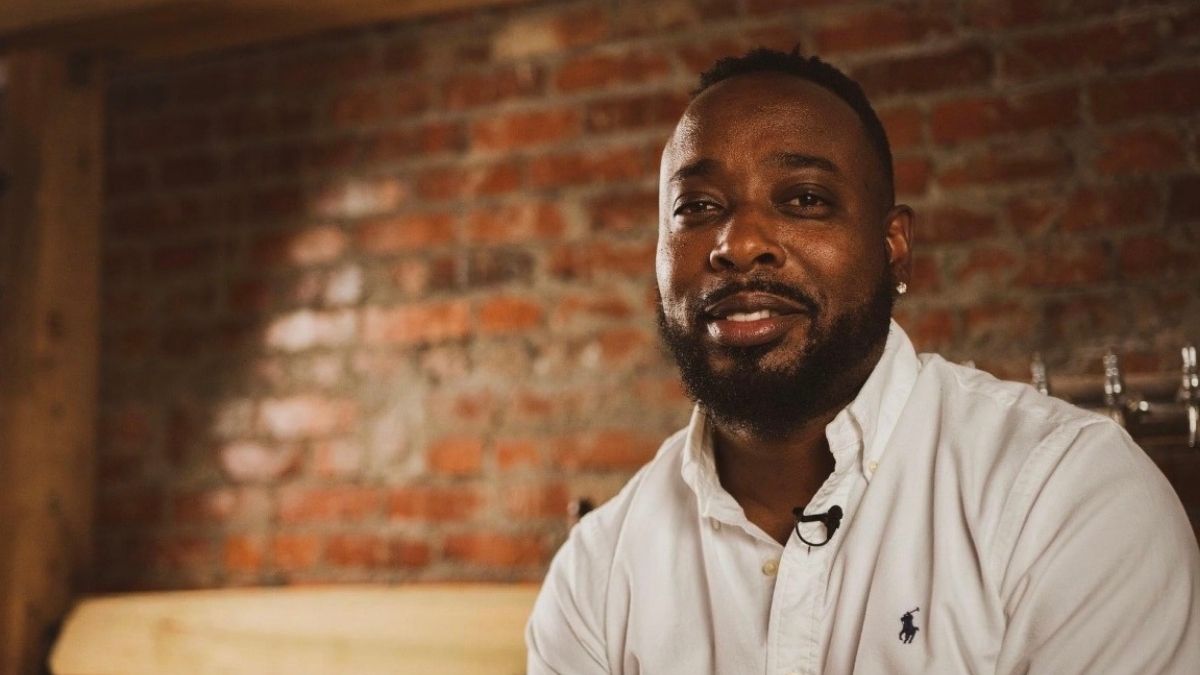 Photo courtesy of 1865 Brewing Co. William Comer II, one of the owners, wants the brewery to be a meeting place for the community.

In addition to a wide-range of craft beers, it's a full-service coffee shop with pastries and espresso drinks. At night, the brewery -- which opened Friday -- offers flat-bread pizzas, cheese plates and other shareable platters.

It's all part of making 1865 a meeting place for the community.

"One of our slogans is, 'Freedom Starts Here,'" said William Comer II, one of the owners. "Let's talk about the stuff that we should talk about. How can we become a better community and help our brothers and sisters out? Talks that we avoid a lot of times."

Only one other brewery in Virginia has Black owners -- Negus Brewing Company in Alexandria. Nationwide just one percent of breweries are Black-owned.

Before starting the brewery, Corner mainly worked with his company B&B Contracting, completing projects around Hampton Roads. He said he wasn't really into beer, but saw the brewery as an exciting business opportunity.

The building was originally going to be used for Traffic Brewing Company, but when those plans fell through Comer teamed up with brewer Randy Jones to create 1865 Brewing Co.

Jones was already involved with Traffic Brewing, and said they had completed about 80 percent of the build-out.

"The building sat empty for a year," said Jones, who is now the head brewer for 1865. "We got together and it's been way better than it ever could have been."

And they are not done growing. Comer said they plan to open a cigar lounge above the brewery next month.

"We're trying to focus on making quality beer that is palatable to everybody," Jones said. "Going balanced flavors and making beers approachable."

Their signature is the 1865 Freedom Ale, a light and crisp beer that Jones said is perfect for summer-time.

"I think that we make some of the best beer I've had," Comer said. "The man does his thing when it comes to making that beer."

Aside from beer, the alcohol menu includes a variety of cocktails and mixed drinks. The brewery also has non-alcoholic beverages, like juices and fruity seltzers.

Jones said he want people to have a lot of options when they come to 1865.

"We didn't want to focus our whole business around alcohol sales," Jones said. "Just a comfortable place where people can come and be part of the neighborhood."