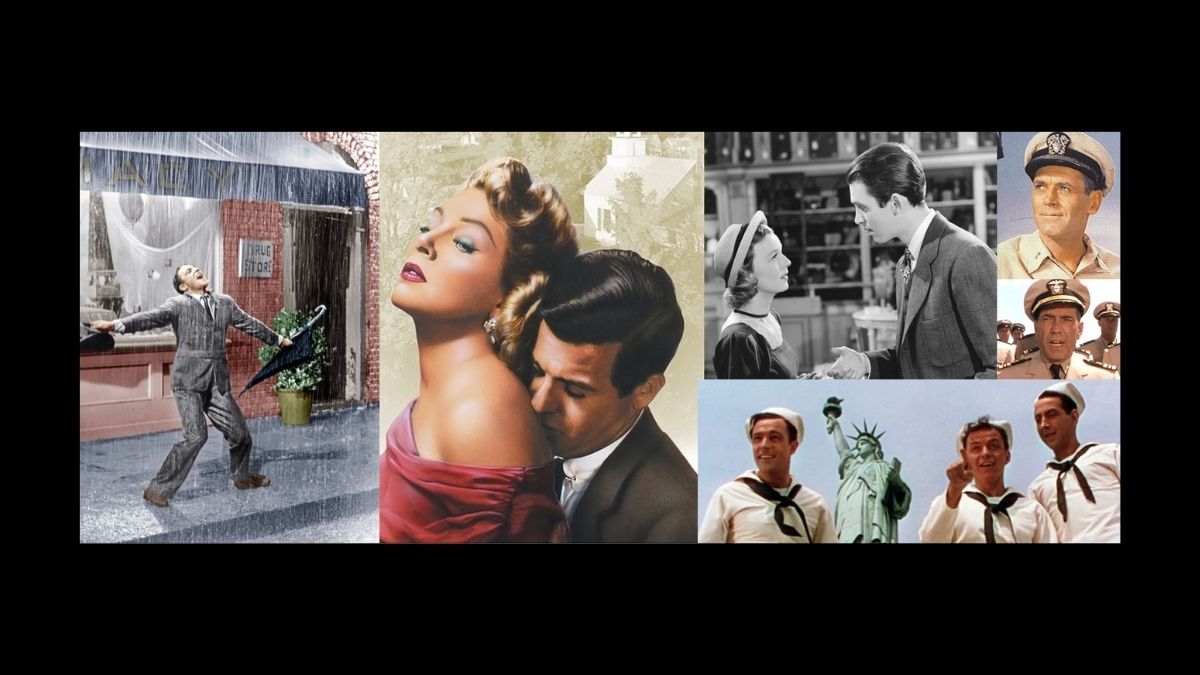 Mal Vincent‘s annual classic movie series features tributes to the Navy and an overlooked star from Hampton Roads this year.

"It Is A Help To Go To The Movies": Longtime Movie Critic Mal Vincent's Movie Series Returns

After a year away, Mal's Movies are back at The Naro theater in Norfolk this summer.

WHRV's Jonah Grinkewitz caught up with the longtime movie critic about his picks up for the classic movie series.

They include a tribute to an overlooked Hampton Roads movie star.

Listen to the conversation and find a full transcript below. This interview has been edited for length and clarity.

Jonah Grinkewitz: Mal Vincent is a longtime movie critic and culture writer for The Virginian-Pilot. He also hosted the WHRO podcast “Mal’s World,” which I had the pleasure of producing for some time. Mal, it’s great to talk with you.

Mal Vincent: I'm glad to be back and talking with somebody at the studio.

JG: In the past, lines have stretched around the corner for your summer movie series at the Naro. Obviously that wasn’t the case last year when the pandemic shut things down. Are you excited to be back, and what has the turnout been like this year?

MV: The thrill, the thrill of the summer, the thrill, the happening. The phenomenon to me is that they are back and they are lined up and they're going back to the movies because that was a real question to me. That was more suspense than any movie that Alfred Hitchcock made. Would they show up, were they scared to come back? Bless them. They are amazing. And any time I want to feel bad, I never want to feel bad. But when I do go out in line and talk to those people, they are wild about movies.

JG: Which movies did you pick for the series this year and why?

MV: I tell you what we try to do with every one is don't do really overly popular movies. I didn't want to do Casablanca and I didn't want to do Singin’ in the Rain, which we did, because I said they're shown every day. I want unusual films that actually are new. So what I've dreamed up this year are two tributes. We're doing a tribute to Margaret Sullavan, who was born in Norfolk, Virginia, first acted in the Norfolk little theater, went on to be nominated for the Academy Award, won the Tony Award on Broadway, just was the biggest and was strongly considered to play Scarlett O'Hara in Gone with the Wind. But people don't know us, so it's time that we let some light on her. We're showing the movie Shop Around the Corner. And then I dreamed what I call a mini tribute to the Navy. And the best one is called Mr Roberts. It stars Henry Fonda, James Cagney and in an Academy Award nominated performance, Jack Lemmon, who was hilarious in the movie. And then we're doing The Caine Mutiny, starring Humphrey Bogart, one of the great dramas. And the festival will close with the third Navy movie, On the Town, a musical about sailors on shore leave. It's a light one and it stars Gene Kelly and Frank Sinatra.

JG: You’ve probably watched more movies that anyone else in Hampton Roads. What was it like not being able to go to theaters this past year? Did you watch a lot of Netflix?

MV: Never in my life have I been this long without going to a theater. I didn't miss it nearly as much as I thought I would, mainly because the movies are so bad. I mean, the big hit was Godzilla. We had no hit. We had Godzilla. I said, I've seen Godzilla. Thank you. I was not won over at all by virtual. I want to go to the theater. I want to see the big screen. I did not miss it as much as I thought I would. And I actually got quiet for a few minutes, which if you know me, and you do know me. It was a relief really to not to have anything to do for a few minutes.

JG: Well, I'm glad we got to break the silence here for for a few minutes together and and catch up and talk about your series. Malvin Vincent, thanks so much for talking with me.

MV: Thank you, Jonah. I enjoyed it. And that's all of us. Keep going and keep going to the movies because it is a help psychologically. It is a help to go to the movies, particularly when you can find a good movie, which is not that easy. But we got good ones at The Naro.

When: Monday evenings at 7 p.m. and Tuesday afternoons at 2 p.m. August 2nd-23rd