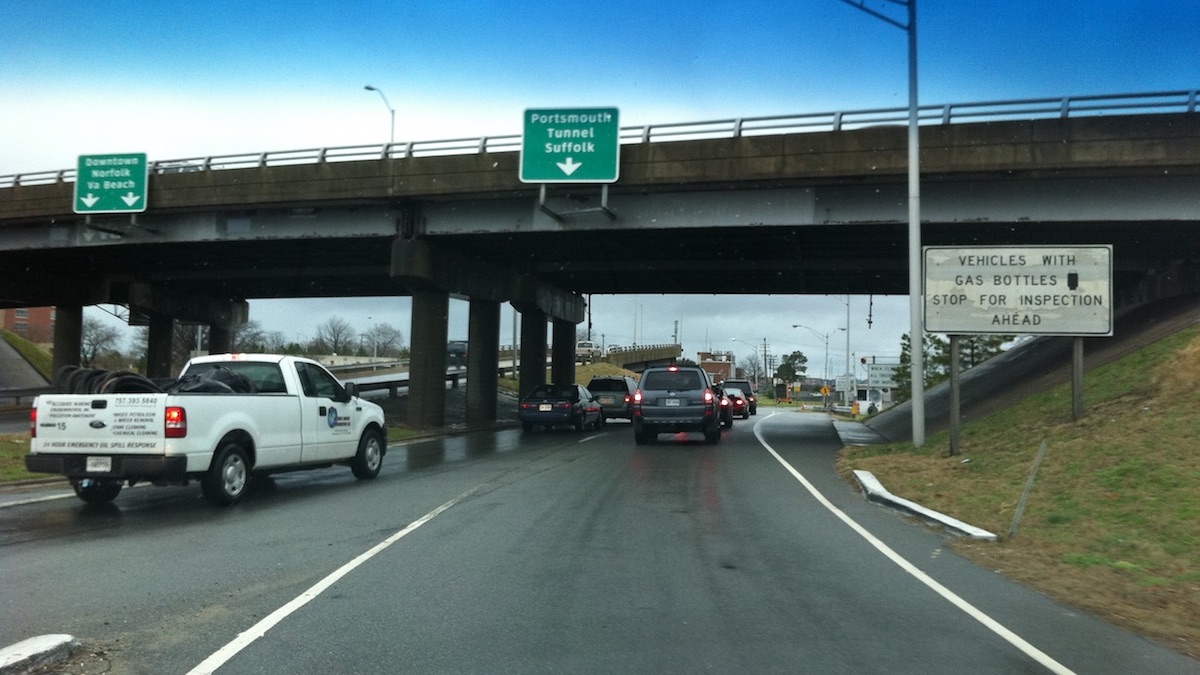 Photo by DearEdward via Creative Commons. The Portsmouth City Council is voting on whether to call for the state government to fund lower tolls.

The Portsmouth City Council will vote on a resolution urging the Virginia General Assembly to provide relief from tolls on the Midtown and Downtown tunnels.

The vice mayor says he'll vote for it, but he doesn't think it will work.

"I got to preface this by being real with you," De’Andre Barnes said. "What we're doing is nothing more than ceremonial."

The resolution calls for the state to either buy back the contract from the private company that collects the tolls, Elizabeth River Crossings, or to provide some other way to lower them.

The agreement allows ERC to raise tolls 3.5% annually, or higher if inflation rises faster than that rate, but tolls have remained flat through the pandemic. The agreement will continue until 2070.

Barnes says the tolls are hitting his constituents hard and making them wonder if it's worth going to work in jobs across the Elizabeth River, when the price of tolls, along with gas, eats into their wages.

And, he says, it's a problem that hits Portsmouth harder than other cities in the area.

"I think it's a Portsmouth problem... because of the poverty we have, along with the lack of living wage jobs that we have over here," he said. "And then you you add all of that in with the violence and the other things. It's really hurting us and killing us financially in this city."

Census data shows Portsmouth in the bottom third of communities in the area for median household income with a poverty rate of 18.5%.

"Studies have shown that the Midtown and Downtown Tunnel tolls disproportionately impact the population of Portsmouth, which has the lowest median income and highest percentage of minority residents in the region," according to the text of the City Council's resolution.

"We have to also bring living wage jobs to the city of Portsmouth so we can have people coming here... and take the city out of poverty," Barnes said.

A 2017 investigation by The Virginian Pilot found that some commuters who fell behind in their payments to ERC racked up thousands of dollars in charges. After the report, the state negotiated a relief program with the corporate owners of ERC.

Barnes said his constituents are still hurting and the situation shows a lack of leadership by the General Assembly.