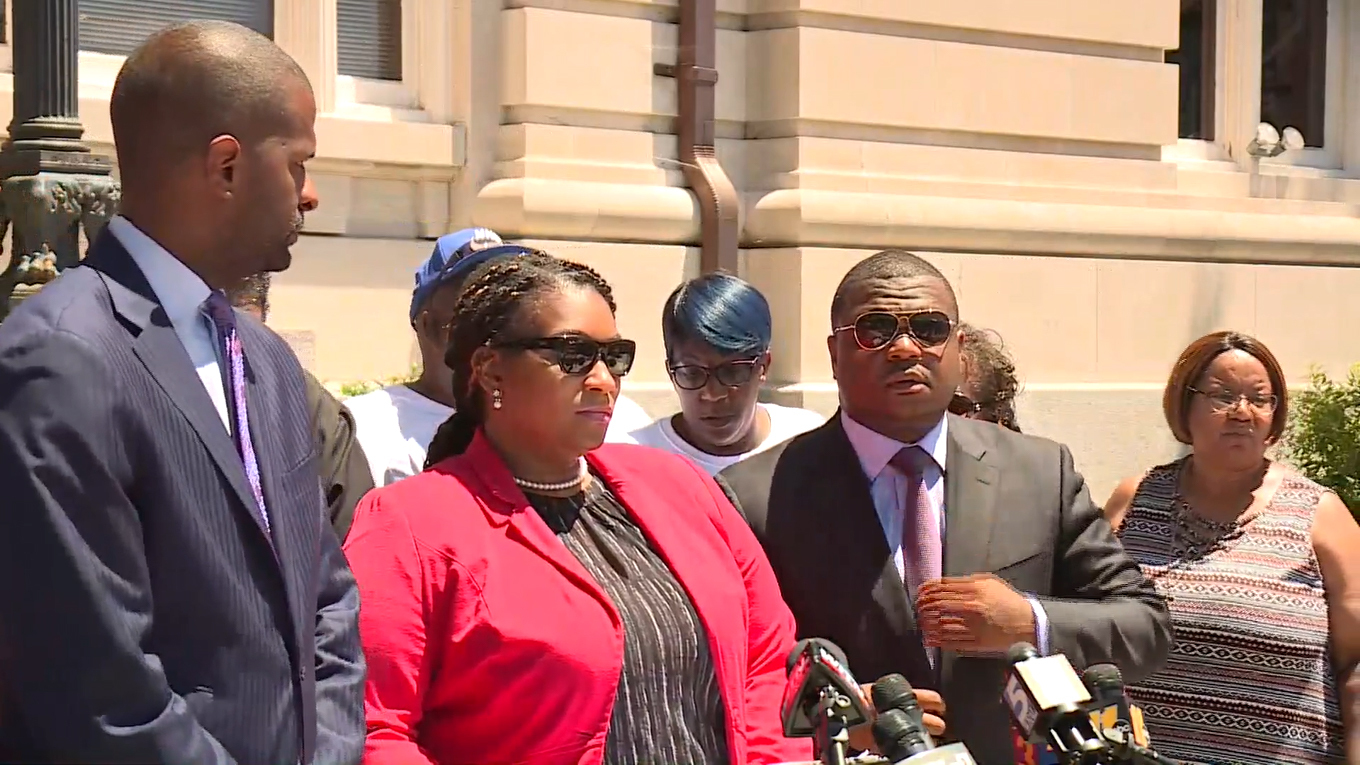 Lawyers for Andrew Brown Jr.'s family appeared at a press conference Wednesday to announce a $30 million federal lawsuit against the sheriff's deputies who fatally shot the 42-year-old in April.

Pasquotank County sheriff’s deputies shot and killed Brown in April. Multiple deputies fired at the 42-year-old in his car as he attempted to flee the scene, according to body camera video of the incident that was played for the press.

Lillie Brown Clark, Andrew Brown’s aunt and the administrator of his estate, filed the lawsuit Wednesday. The defendants include deputies involved in the attempted arrest as well as sheriffs in both Pasquotank and Dare counties.

“When feasible, deputies should take reasonable steps to move out of the path of an approaching vehicle instead of discharging their firearm at the vehicle or any of its occupants,” the policy says.

The lawsuit also cites a 1985 Supreme Court ruling that said police cannot use deadly force against a fleeing suspect unless that person poses a threat to themselves or others. Brown’s family members and their lawyers have consistently argued that he presented no risk to anyone.

Officers continued shooting when Brown was a “considerable distance away,” the lawsuit says.

Sheriff’s deputies arrived at Brown’s home around 8:23 a.m. on April 21 to serve a warrant based on allegations that he sold drugs. Officers approached Brown with weapons drawn as he sat in his parked car.

Brown put his car in reverse and then in drive as he tried to leave the scene.

In the body camera footage, at least one officer can be seen putting his hand on the car to move out of the way.

Sheriff’s deputies shot Brown multiple times in the arm and fatally struck him in the back of the head, according to state and independently commissioned autopsies.

District Attorney Andrew Womble declined to bring criminal charges against any of the officers in this case. He said Brown used his car as a deadly weapon and the officers “reasonably believed” they were in danger.

Attorneys for Brown’s family say he was trying to flee the scene but clearly tried to avoid hitting the officers.

“We’re going to get the truth,” Bakari Sellers, a lawyer for Brown’s family, said at a press conference announcing the lawsuit on Wednesday.

Sellers said the attorneys would be able to subpoena for documents from a State Bureau of Investigations probe into Brown’s killing and for copies of the officers’ body cam footage.

Some family members have been able to view this video privately, and District Attorney Womble played a portion of the footage during a May press conference. But Womble has resisted attempts to make copies of the video public.