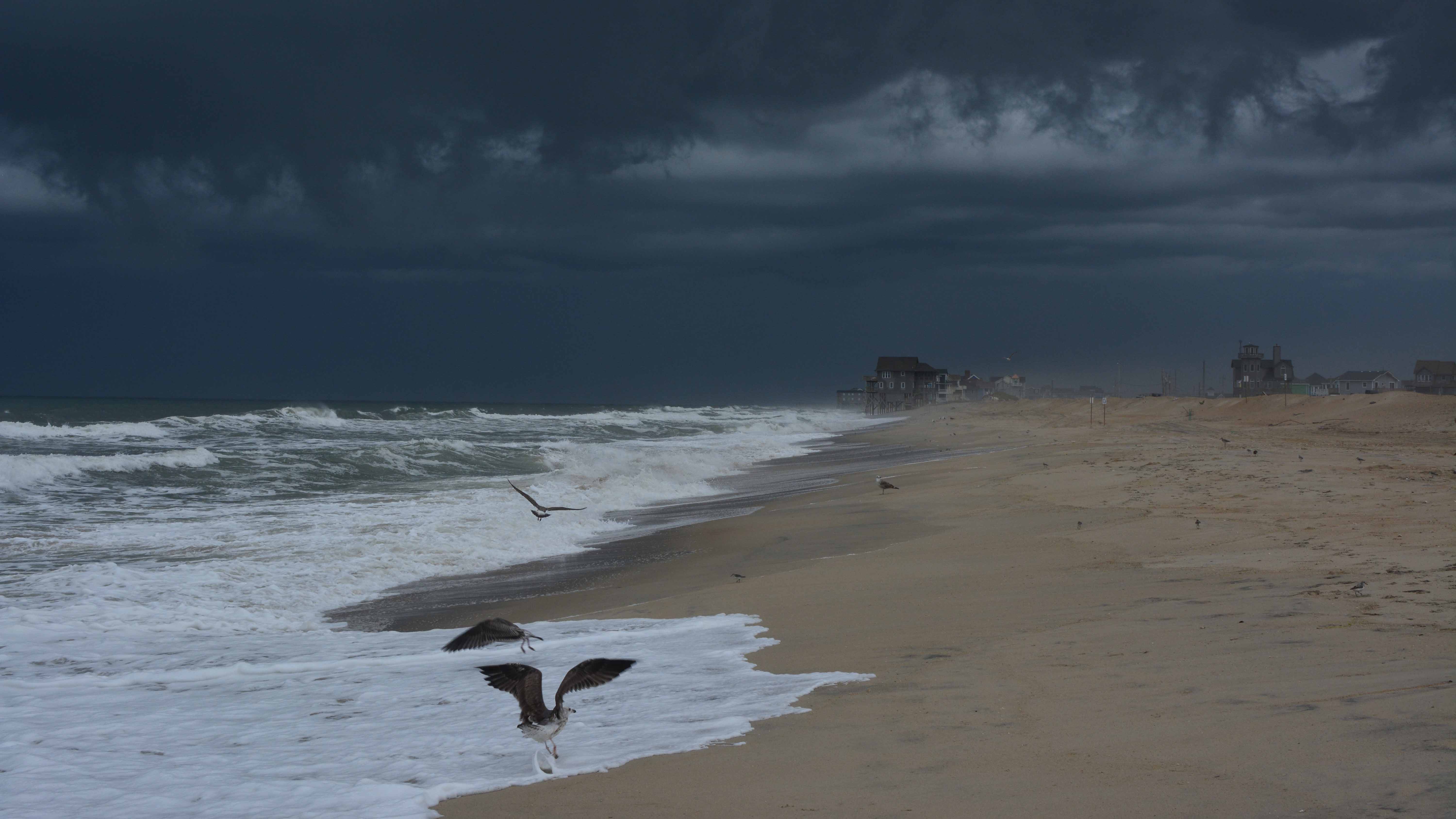 Photo by Realest Nature via Shutterstock. The Outer Banks will likely be impacted by Tropical Storm Elsa.

Heavy rain and high winds are expected to hit Hampton Roads on Thursday as Tropical Storm Elsa moves up the coast.

The National Weather Service issued a tropical storm warning for southeast Virginia and northeast North Carolina. The worst of the storm is expected to arrive Thursday evening and into the night.

Much of the region is also under a tornado warning until 11 p.m. The watch means it is possible tornadoes could form. The weather service will issue the more severe “tornado warning” if one appears imminent.

“Tropical tornadoes tend to form quickly, so be prepared to take action if a warning is issued for your location,” NWS Wakefield said in a tweet.

Elsa was briefly a hurricane as it moved through the Gulf of Mexico, the AP reported. It made landfall as a tropical storm in Florida on Wednesday.

The storm could bring several inches of rain, high winds and potentially tornadoes to Hampton Roads.

The National Weather Service projects between two and four inches of rain will fall in southeastern Virginia.

Tropical storm-force wind gusts of up to 40 or 50 mph are possible, particularly around the coast. NWS warns the high winds could topple outdoor furniture, bring down tree limbs and cause isolated power outages.

Officials want residents to prepare for possible outages and to avoid driving through flooded roads.

“Residents and visitors to North Carolina should keep safety in mind as Tropical Storm Elsa passes through our state today,” Gov. Roy Cooper said in a press release. “Everyone should stay alert to rapidly changing weather conditions and have a plan should they need to move to another location.”

In Virginia Beach, officials said crews are cleaning out storm drains in preparation for the storm. Residents should clear any obvious blockages from storm drains and ditches around their home or business, the city said.

The city of Chesapeake asked residents with Friday trash collection not to put their bins outside until the morning. As of now, crews plan to be out on Friday, but the city cautioned schedules could still change if conditions are hazardous.

Localities throughout the region reported closures and cancellations due to the storm.

Portsmouth schools announced all offices and schools will close at 2:30 p.m. The district said this would not affect summer school classes, but all afternoon and evening events are cancelled.

The Norfolk Tides’ Thursday evening game against the Durham Bulls was postponed. The team plans to make up the game on July 28 as part of a seven-inning doubleheader at Harbour Park.

Elsa is the earliest fifth-named storm on record during an Atlantic hurricane season. The climate prediction center at NOAA predicted 2021 will be an above-normal hurricane season. Scientists say higher ocean temperatures, a result of climate change, can make storms more intense.