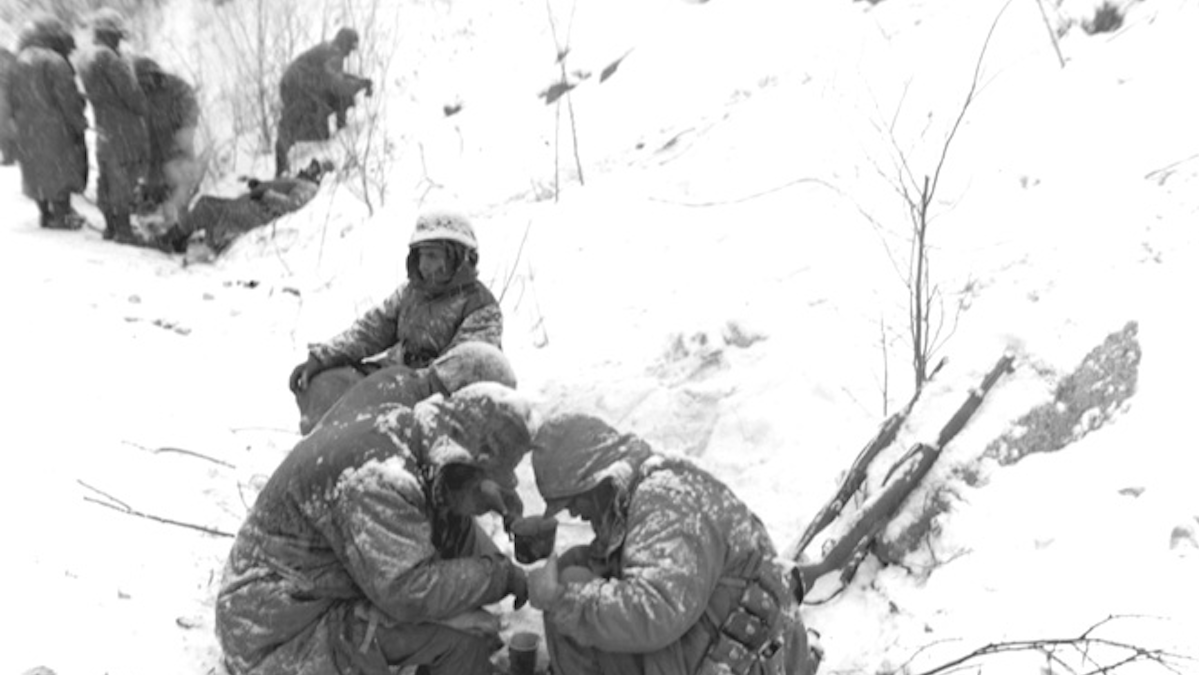 Photo By U.S. Marines. First Marine Division personnel stop for a brief rest during the fighting at the Chosin Reservoir in Korea, December 1950. A member of this division, Pfc. Henry Ellis was killed in this battle just weeks earlier, on November 30.

On Nov. 30, 1950 Private Henry Ellis died in action in Korea defending a U.S. military convoy against a Chinese attack at Koto-ri during the Battle of the Chosin Reservoir.

Defense Department authorities and the family knew Ellis was dead, according to his niece Trudy Neely.

An eyewitness watched his last moments during the battle.

But for decades the military couldn't identify his body out of thousands of Korean war fatalities returned to the U.S. by the North Korean government in 1954.

By 1956, Ellis was declared "non-recoverable" by authorities. This meant they had conclusive evidence he was dead, but little hope of recovering his body and identifying him.

During the decades that followed, the family who knew Ellis died as well, while his remains, labeled as "X-13631," stayed with more than 800 other dead unidentified personnel at the National Memorial Cemetery of the Pacific in Honolulu, Hawaii.

Neely never met Ellis. She was born four years after he died.

"The thing is, I did not know him at all," Neely said. "I knew I had an Uncle Henry that was killed in the war."

She knew a little about him from her mother's stories. Her mother was Ellis’s sister.

"She told me that once he went in service that he would send her money back once a month," she said. "I'm sure it wasn't that much back then. But, you know, that's the kind of heart I knew that he had. And I knew he was a good person because he looked out for her."

Born in North Carolina, Ellis moved to Roanoke before getting drafted. Ellis’s family says he was drafted at 15 or 16 because of a mistake by the Selective Service.

Ellis and his father wrote letters to the government, trying to rectify the mistake, Neely added, but it didn't matter in the end.

Ellis served a full tour. Then he reenlisted.

That’s when he was sent to serve during the Korean War. He didn’t return.

In 2012, the historians, anthropologists, and odontologists working with the Department of Defense compiled enough research to exhume the body labeled X-13631.

A military spokesperson said in an email that authorities waited to make the announcement public until this week so they could brief Ellis's family on what they knew.

Neely said learning the details of Ellis's death was emotional for her and her daughter.

"I think we both just felt like crying because... they told us about the battle that he was in that night," she said. "And, you know, I just thought about how he was such a young man. That he had to be terrified to go through what they went through, and knew they probably were not going to get out of there."

According to the Defense POW/MIA Accounting Agency (DPAA), which worked to identify Ellis, 81,700 Americans remain missing from conflicts going back to World War II.

Seventy-five percent of them are located in the Indo-Pacific region. More than half of the missing are presumed lost at sea.

Ellis will be buried Aug. 23, 2021 in the Salisbury National Cemetery in Rowan County, North Carolina, where he was born.

"I just feel like it's a blessing for us to be able to be there for him and bring him home," Neely said.