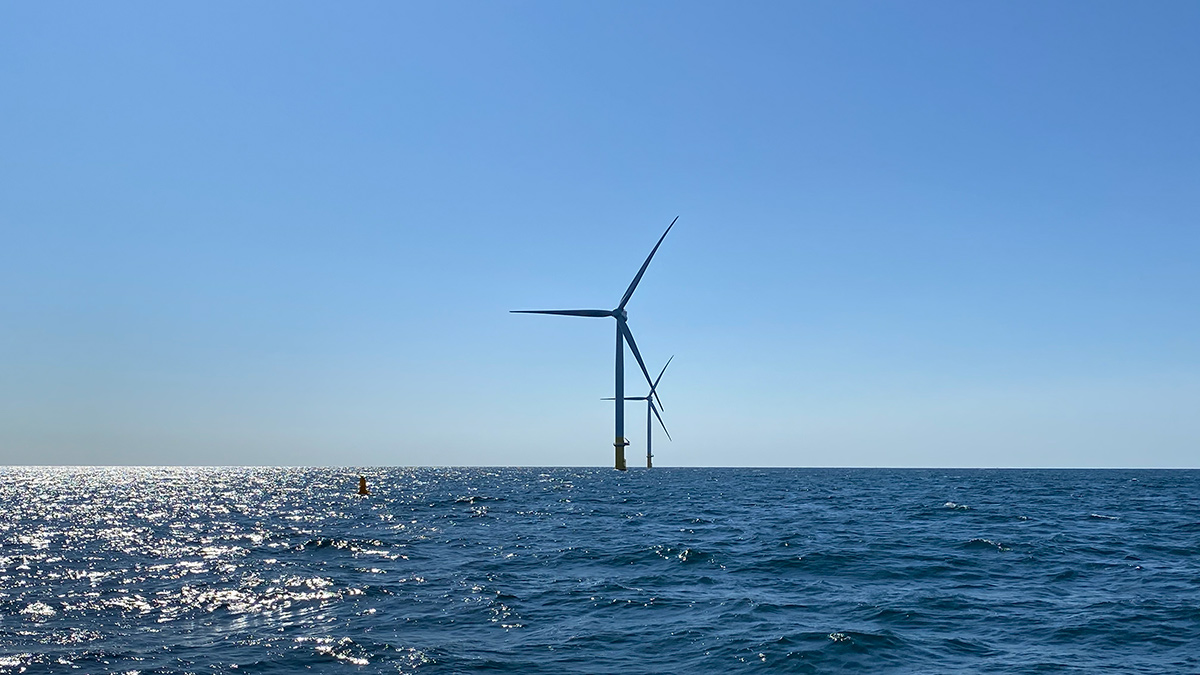 Photo by Sam Turken, WHRO. Two turbines stand off the coast of Virginia Beach. A Dominion Energy project would add about 200 more.

The federal government will start reviewing a plan to build about 200 more turbines off Virginia’s coast — enough to power 660,000 homes. If all goes well, officials will approve the $8 billion project and Dominion Energy, the owner of the wind farm, could start building it in the next few years.

The wind turbines are expected to support about 1,100 long-term jobs and help the Biden administration meet its goal of developing 30 gigawatts of offshore wind power by 2030.

The review by the federal Bureau of Ocean Energy Management will involve public hearings and an evaluation of factors like the project’s potential environmental impact.

It’s a major step as the U.S. government considers whether to grant Virginia and Dominion Energy a permit to build the wind turbines in federal waters.

Similar projects are planned off North Carolina and around the Northeast, but Dominion says the wind farm off Virginia would be the largest in the country.

The Northam administration also noted that Virginia’s plan will be among the first to benefit from a new federal agreement that speeds up the permitting process.

Wind groups previously complained about the slow federal review process and inadequate staffing at the Bureau of Ocean Energy Management. Officials hope the new agreement will remediate that by allowing the U.S. Army Corps of Engineers to assist BOEM with the scientific and technical evaluation of wind farm projects.

In a statement, Dominion CEO Robert Blue called the start of the federal review an “important regulatory milestone” that keeps the Virginia project on schedule.

“We look forward to continuing to work with our federal regulators and the public as we move forward with the environmental review process,” he said.

The turbines are massive pieces of equipment — their rotor diameter can be longer than a football field — mostly assembled in port before shipped out to sea for installation.

Officials said the Port of Virginia and the region’s shipbuilding footprint makes Southeast Virginia an ideal hub to both maintain the turbines and manufacture the parts that run them.

“We don’t have bridges. We have deep channels,” Northam said during a press conference Thursday. “Not only can we assemble, we can bring manufacturers into Hampton Roads to service the entire East Coast.”

A wind farm off Hampton Roads is also fitting considering the region’s susceptibility to climate change and sea level rise. Water levels around the area have gone up more than 18 inches over the last century, and they’re expected to rise at least another 1.5 feet by 2050.

“Hampton Roads doesn’t want to be just a place where documentaries are done about problems or challenges,” he said. “Hampton Roads is a community that likes to be about solutions.”