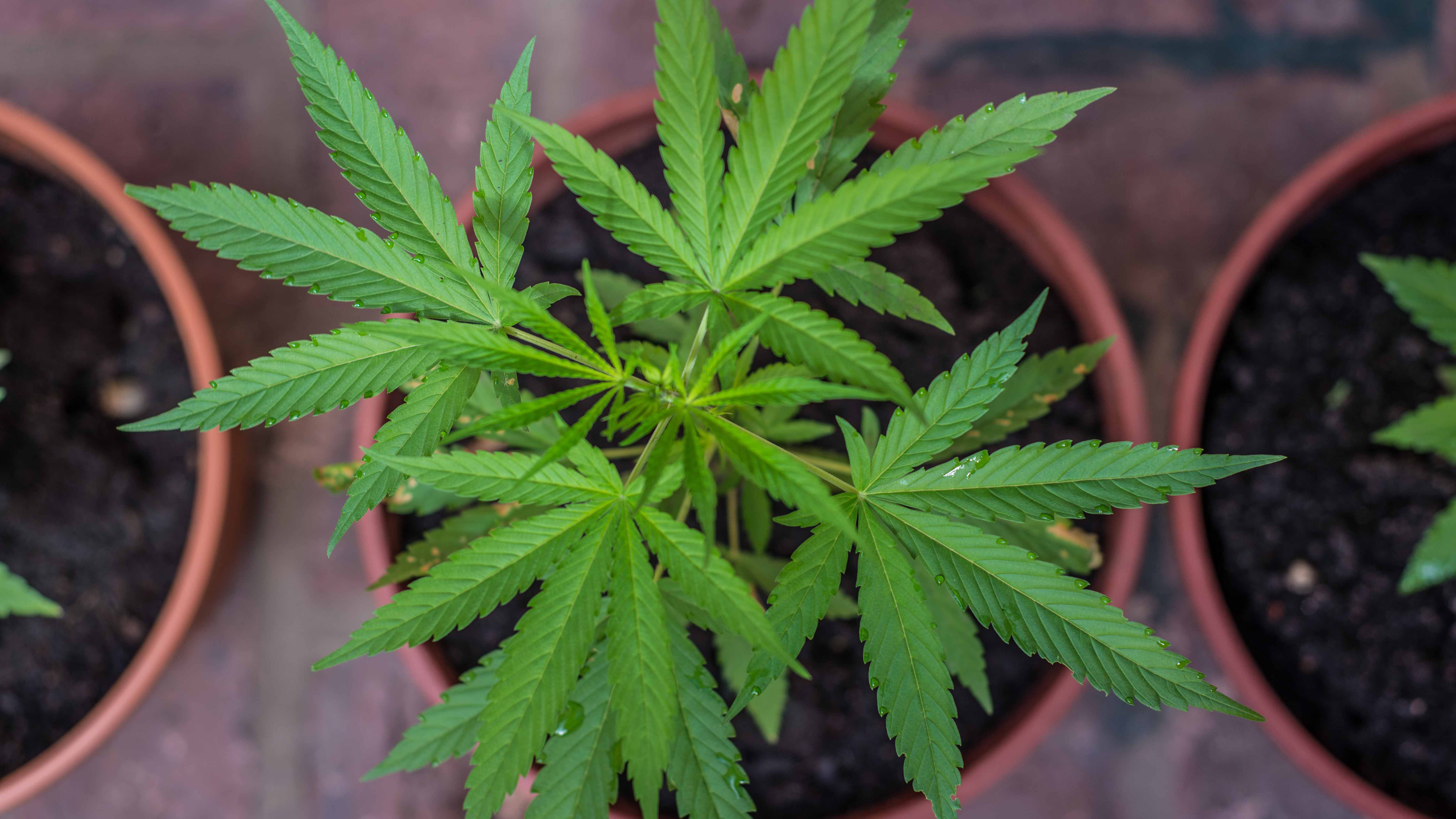 Marijuana Is Legal In Virginia. But Criminal Justice Advocates Say There's More Work To Do

Jordan Anderson was in court Tuesday morning charged with possessing an ounce and a half of marijuana.

He pleaded guilty to a misdemeanor. But only two days later that offense was downgraded to a civil penalty.

Starting July 1, it’s legal to possess up to an ounce of weed in Virginia. The state also readjusted penalties for a range of marijuana-related offenses. Now anyone caught with between an ounce and a pound of weed faces a small fine for a first offense or a fine and drug counseling for a second.

“It’s kind of annoying,” said Anderson, who owns a food truck in Forest, Va. near Lynchburg. “Just the amount of people that have been incarcerated or [had] these charges over simple possession.”

Under the new law, the state will eventually seal records of marijuana convictions for people like Anderson. But his case illustrates the long road ahead as Virginia reckons with the far-reaching impacts of marijuana enforcement, particularly for Black and brown Virginians.

Advocates and Democratic lawmakers lauded marijuana legalization as a major victory, framing it as a racial justice issue. But they say more progress is necessary. While the bill included provisions to seal records of past convictions, lawmakers did not reach a deal to resentence people still in jail or prison on marijuana charges.

In the final hours of this year’s legislative session, after much last-minute wrangling, the General Assembly reached a deal to legalize marijuana -- but not until January 2024. Legal sales would begin at the same time.

But after a push from advocates, lawmakers agreed to speed up the timeline, even though sales still will not begin for nearly three years. Activists stressed the need to #LegalizeItRight by immediately removing or altering the penalties for possession and other low-level offenses.

Advocates and lawmakers acknowledge that legalizing weed before anyone can legally purchase the plant is likely to cause some confusion. But they say the goal of expediting legalization was to minimize serious racial disparities that persist in enforcement of marijuana laws -- even after Virginia decriminalized possession in 2020.

Short of full legalization, last year Virginia replaced the criminal penalty for carrying an ounce of weed with a civil violation. Over the next six months, roughly 4,500 people were charged with simple possession, according to data from the Office of the Executive Secretary.

Fifty-two percent of those people were Black, even though only about 20% of Virginia’s population is Black.

Studies show that white and Black Americans use weed at similar rates.

Meanwhile, advocates say, people of color continued to face barriers in areas like employment and housing because of past marijauan convictions.

“I grew up cooking,” Anderson said. “My dad has a catering business.”

Now that he has his own business, Anderson says he has no plans to work for anyone else ever again. But if he were job hunting, the 23-year-old knows having a record would present a major obstacle.

Anderson faced one prior marijuana charge: In 2019, he was sentenced to two months in jail for misdemeanor possession with intent to distribute.

“Marijuana has been the boogie man for so long,” he said.

The new marijuana law lays out a gradual process for dealing with past marijuana convictions. Immediately, on July 1, records of misdemeanor convictions for possession with intent to distribute marijuana will automatically be sealed in the Virginia State Police system.

Records of simple possession were previously sealed in 2020, after marijuana was decriminalized.

But other state and private entities -- like the courts -- have until July 1, 2025 to seal the records in their systems. People with felony marijuana convictions can also have their records sealed, but they’ll have to file a petition in court.

Chelsea Higgs Wise is executive director of Marijuana Justice, an advocacy group based in Richmond.

She does not think it’s realistic to expect background screening services, which have collected publicly available information over the years, to follow through on sealing their own personal records.

Chad Rogers, a Lieutenant with the Virginia State Police, said there is confusion about the difference between sealing and expunging records. This bill does not actually expunge prior convictions.

“Sealing does not mean ‘destroy every vestige of this offense,’” he said. “Sealing simply means we are going to tell our computer system, ‘You will not release this information unless.’”

The law gives 25 circumstances where the records would be released, including when someone attempts to to purchase a firearm or applies for a job with the Virginia State Police or Department of Motor Vehicles.

Lawmakers will also have to vote again next year on a plan to reevaluate the sentences of people still incarcerated on marijuana charges.

Data from the Virginia Criminal Sentencing Commission suggests that  would have a real impact.

Del. Scott advocated for the resentencing provisions in the bill. He says it’s critical to take a second look at these cases as the state plans to launch a recreational sales industry.

“We cannot have distribution centers sitting in these same communities where people have literally lost their lives and their youth because they were charged with possession with intent to distribute,” Scott said.

Legalizing marijuana marks a dramatic shift in Virginia’s legal landscape. The commonwealth is one of 18 states, the first in the South, to permit recreational use.

But lawmakers and advocates alike caution that legalization doesn’t come without rules and limitations.

Some worry the nuances of this law may cause confusion, and they fear people of color will continue to bear the brunt of legal consequences.

“Any enforcement of marijuana is going to be a disproportionate enforcement on Black and brown people,” Higgs Wise said.

The law outlines new penalties for things like using marijuana in public and driving with an “open container” of weed.

“Right now, based on the definition of ‘open container,’ and [because] retail sales haven’t started, there technically is no legal closed container,” said Kelly Cournoyer, a defense lawyer in Virginia Beach who focuses on marijuana. The weed would have to be stored in its original packaging, but because there’s no regulated sales yet: that’s impossible.

During a traffic stop, Cournoyer said, “if there is marijuana in open view … that officer could presume that someone has consumed that marijuana and is under impairment.”

The state is planning a public awareness campaign about the new law, and advocacy groups have launched their own education efforts.