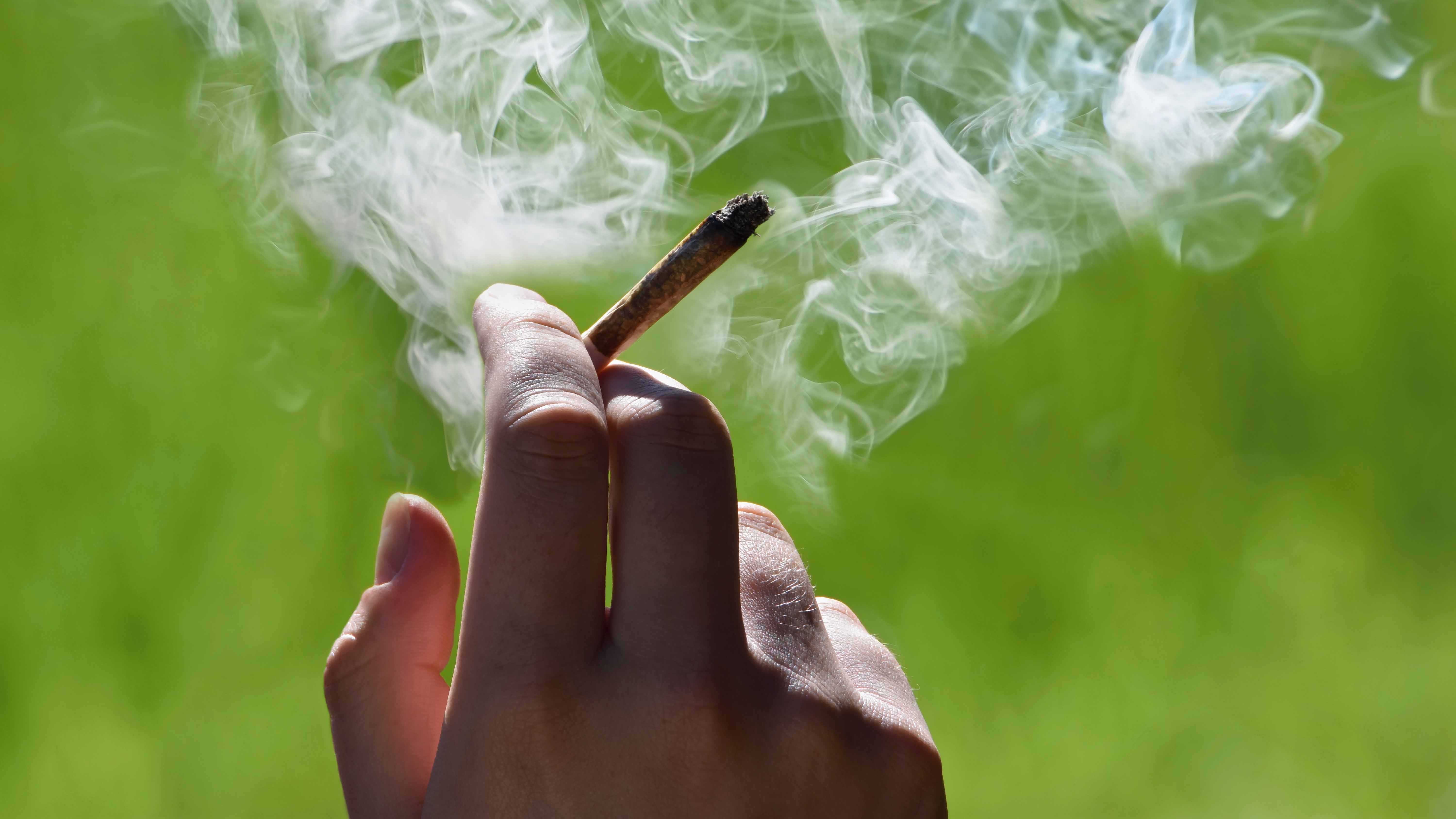 Photo via Shutterstock. Recreational marijuana is legal in Virginia now, but there are still some rules, including one that prohibits public consumption.

Recreational Marijuana Is Now Legal In Virginia. Here Are The Rules.

Today is the day: You can now legally possess small quantities of recreational marijuana in Virginia.

But the legal weed landscape looks quite different from, say, Amsterdam, where you can buy and smoke weed at “coffee shops.”

Virginia is one of 18 states, and the first in the South, to legalize weed, but the laws vary across the country.

Here are some of the rules you need to understand to safely and legally use marijuana in Virginia.

How much weed am I allowed to have?

Adults 21 and older are allowed to have up to an ounce of marijuana.
Carrying between one ounce and one pound of weed is now a civil offense punishable by a $25 fine.
Anyone who gets caught with more than a pound faces a felony charge, between one to 10 years in prison and a fine as high as $250,000.

Where can I purchase recreational marijuana?

Nowhere, for now. It takes time to stand up a recreational marijuana industry, and in Virginia, sales won’t begin until Jan. 1, 2024.

The state has to establish rules for the industry and prospective business owners will have to apply for licenses.

Adults 21 and up can share up to an ounce of marijuana in private, but money can’t change hands. The Virginia law also prohibits so-called “gifting schemes” -- when you ostensibly purchase some legal item, but the seller “gifts” you marijuana.

Medical dispensaries won’t be able to help you either: Those can’t automatically start selling recreational weed.

It also remains a federal crime to import or transport marijuana across state lines.

It sounds like the easiest route is to grow my own marijuana. Is that allowed?

Yes, with certain restrictions. The law allows a person over 21 to grow up to four plants at their place of residence.

You can grow the plants in your backyard, as long as you take precautions to prevent children from gaining access to them. In addition, each plant has to be tagged with your name, driver's license or ID number and a note that the plant is being grown for personal use.

Finally, the plants can’t be visible by the public “without the use of aircraft, binoculars, or other optical aids,” so you’ll need a good high fence or some other barrier.

And you may need some equipment.

Many cannabis websites recommend an indoor growing setup with strict temperature and humidity controls. Others say marijuana plants thrive in any mild climate.

What can I still get in trouble for -- can I be fired for testing positive on a workplace drug test, for example?

The law allows you to carry up to an ounce of marijuana in public, but be sure to leave it in your pocket or your bag.

It’s still illegal to smoke in public and anyone caught doing so will face a $25 civil fine for their first offense.

Even for passengers, the law prohibits having an “open container” of weed in the car. Leave the marijuana in the trunk or face a misdemeanor and a fine of up to $250.

Importantly, because sales won’t start right away, there is no legal “closed” container for weed, so if police officers see any in the car, even if it’s sealed, they may assume the driver is impaired, according to legal experts.

Landlords and employers also retain the ability to limit marijuana use. The owner of a private residence, like your landlord, can restrict use on the property.

Virginia law offers some employment protections for medical cannabis patients, but even after July 1, employers can still prohibit recreational use among their employees.

What are the rules for service members?

Marijuana is still illegal on the federal level, and federal employees -- including members of the military -- are bound by that policy.

Those serving in the military still shouldn’t smoke or consume marijuana, even when off duty.

I want to start a marijuana business. How do I do that?

You wait a few years. The state still has to establish a new process allowing for private marijuana businesses.

the wait could be worth it: The state plans to offer financial incentives and support to certain business owners as part of its commitment to focus on equity in legalization.

I have marijuana charges on my record. What will happen to those?

Starting July 1, past misdemeanor convictions for possession with intent to distribute marijuana will be sealed in the Virginia State Police system.

Eventually, these records can be sealed in all state databases, including the court, but that may take until July 2025.

This process begins automatically for anyone with a misdemeanor conviction, though people with felony convictions can petition a court to have their records sealed.

Sealing a record is not the same as expunging a record. Your old charge still exists, it’s just not as easily available to employers, landlords or other people who may be looking at your criminal record.