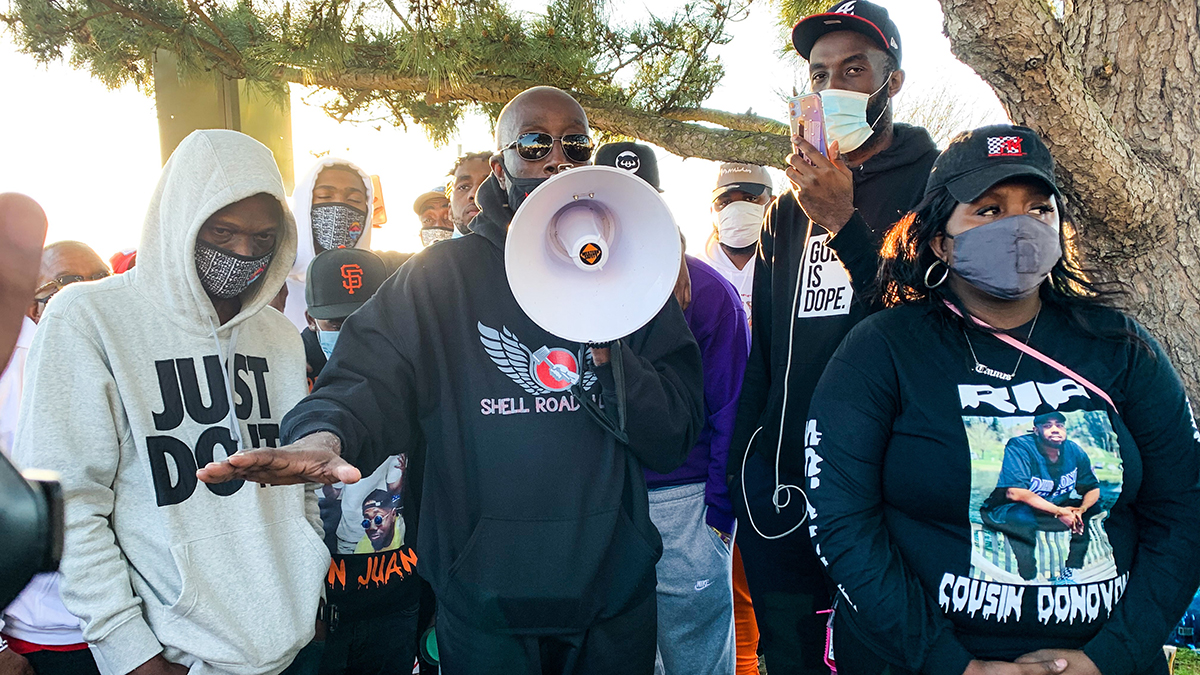 The family of Donovon Lynch is seeking $50 million in a wrongful death lawsuit against the city of Virginia Beach and the officer who fatally shot Lynch in March.

Filed Monday, the lawsuit says the officer encountered Lynch at the Oceanfront and “immediately, unlawfully, and without warning,” shot him.

The city has not publicly named him, but the lawsuit identifies him as Solomon D. Simmons III. He shot the 25-year-old Lynch twice, the lawsuit says.

Virginia Beach police were called to a chaotic scene the Oceanfront shortly after 11 p.m. on March 26 when gunfire broke out. The lawsuit claims Lynch and a friend were walking back from a restaurant to their cars when Simmons approached them. The officer did not identify himself or issue any warnings before firing his gun.

Authorities have offered conflicting statements about whether Lynch had a weapon. Police now say he “brandished” a firearm. Family members say Lynch worked in security and had a permit to carry a handgun but that he did not take it out of his pocket.

Wayne Lynch, Donovon's father, filed the lawsuit in U.S. District Court in Norfolk, and he is demanding a jury trial. The suit accuses Officer Simmons of using excessive force and acting with gross negligence. It also claims he failed to render any life-saving medical aid after shooting Lynch.

A spokesperson for Virginia Beach said the city could not comment because it hasn't yet received service of the lawsuit. "Once we receive and digest it, we will respond to it accordingly," Julie Hill told WHRO.

The Virginia State Police is investigating the incident, though prominent figures -- including Rep. Bobby Scott (D-VA) and Lynch’s cousin, musician and Virginia Beach native Pharell Williams -- are calling for the Justice Department to launch its own probe.

Police and city leaders also faced pointed questions after the shooting because the officer who killed Lynch did not have his body camera activated.