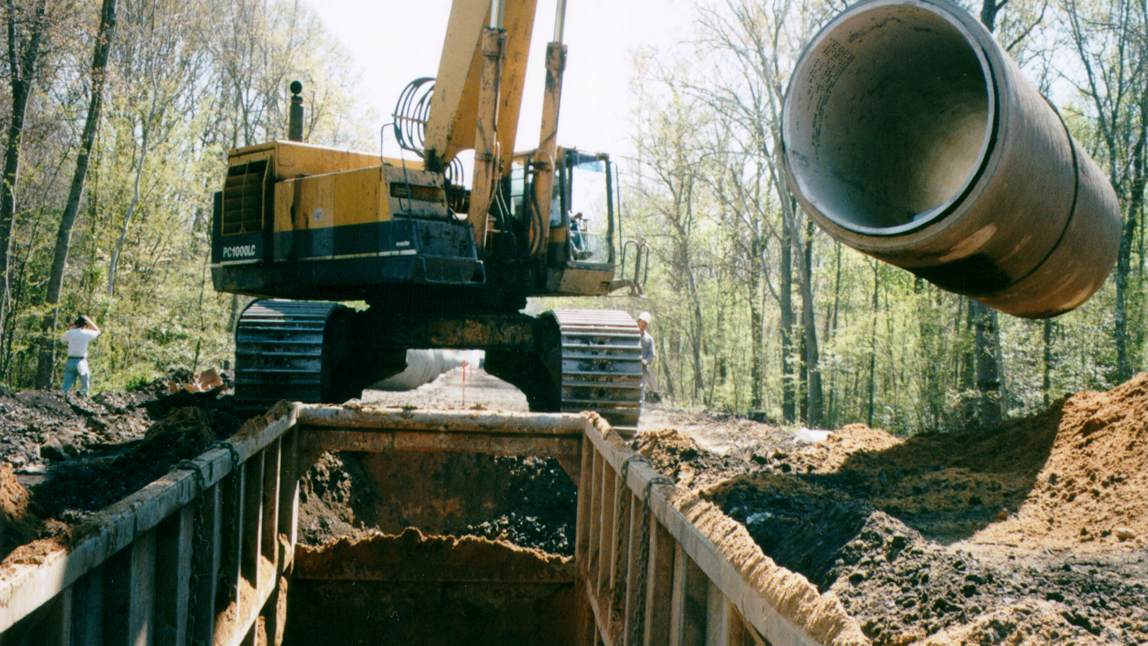 Despite legal battles and decades of planning, Virginia Beach’s City Council stood firm and united in their support for the Lake Gaston Pipeline.

Former City Council member Nancy Parker said that residents and leadership in Virginia Beach understood the importance of securing an independent source of water for the city.

“Council and people understood the importance of this particular issue,” she told WHRO.  “Nobody survives without water. Now, we look across the world, water is becoming such a critical factor in life for everybody.”

Beginning in the 1970s, Virginia Beach exploded in population and development. Residential communities like Red Mill and Centerville wouldn’t have happened without a source of water.

And major commercial hubs like Town Center would never have been built, according to former Mayor Will Sessoms.

“Certainly by not having a permanent water source, a good, clean water source controlled by  the city … hampered development significantly,” he said.

Parker said securing the pipeline was critical to all of Hampton Roads, not just Virginia Beach.

“When you look at what that pipeline was able to do for us as well as the region, it is staggering,” she said.  “And without it, it would be devastating.”

“One Of The Most Reliable Systems”

Virginia Beach morphed from a bedroom community of Norfolk to the largest city in the Commonwealth of Virginia. That kind of growth had to be factored in the source for water.

According to Project Manager Tom Leahy, the current capacity of the pipeline could handle 80 million gallons a day.

However, he says, that amount probably will never be needed.

“I’d say it’s close to impossible and it’s hard to argue that there would be a need for it,” he said.  “When you look at the way that water demand has gone, people are far more efficient with water now than they used to be and when we actually started this project that wasn’t built into our water demand projections.”

With the pipeline providing such a vital resource, the city had to plan for a potential shut down and what would happen if the pipeline failed.

Mayhem has ensued in communities when key utilities are halted. In Texas, when residents were left without water and electricity in a deep freeze this winter, the state essentially shut down.

Author Michael Zitron said there are plenty of scenarios where infrastructure failures have played out across the country.

“If we had a pipeline break and those 60 million gallons per day weren’t flowing to Virginia Beach, I believe it would look like Flint, Michigan- the anguish, the insecurity, the questions, feeling as though you’re not certain of when your home would regain its natural state of water,” he said.

Zitron said that the lack of a back-up plan for a crucial utility like water can be disastrous for a community.

“We don’t hear about the back up plans,” he said. “We just hear about a few examples where we see the result of no back up plan.  We can talk about Birmingham, Alabama where their existing pipes are so bad that water actually brought down the entire town.

Virginia Beach did plan for potential stoppage.  A few years ago, due to a coal ash spill, the city shut down the pipeline with no interruption in service to residents.

Leahy said that the storage capacity of the system allows for pauses in the flow of water from Lake Gaston.

“We shut the pipeline down for a couple of months,” he said, talking about the coal ash spill. “The reason we were able to do that is that the north system has all this storage and we just rely on that storage. So even, if transmission from the west was disrupted, the in-town lakes have water for several months.”

Norfolk and Virginia Beach work collectively during incidents to keep water levels up.

According to Leahy, the joint systems of the two cities has created a very reliable safeguard.

“When you combine our system with Norfolk, they have a very reliable infrastructure and we now have a reliable source of water,” he said. “

The two together have probably formed one of the most reliable systems that you can find anywhere because it has so much redundancy throughout.”