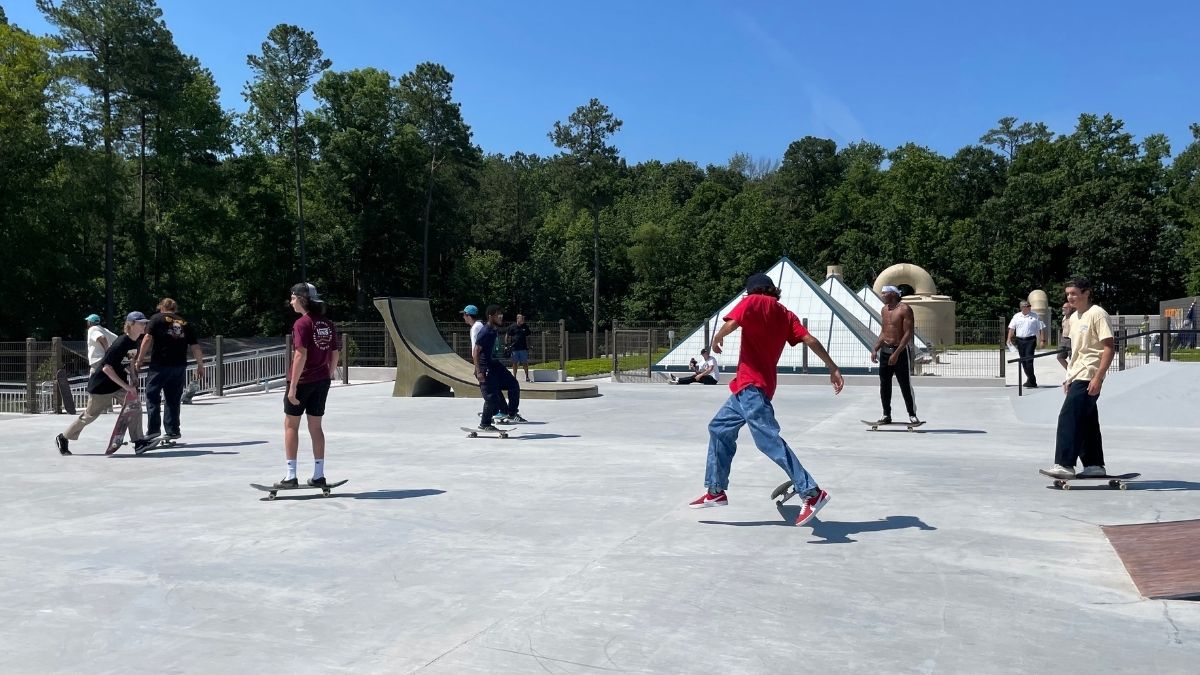 "It‘s Got A Lot Of Flow": Virginia Beach‘s New Skate Park Designed For Riding And Wastewater

The new Woodstock Skate Park has everything a skater could dream of: A multitude of rails and ledges to grind on, a bowl, a quarter-pipe and a snake-run for high-speed cruising.

"It's got a lot of flow," said 16-year-old Travis Cazares. "It's a big step up from what I usually skate, which I'm excited for."

The skaters are not the only ones concerned with flow.

In addition to being a new spot for the wheeled sports community, the upgraded Woodstock Park in Virginia Beach will help fill regional sanitation needs.

Underneath the 30,000 square foot skate park is a 5.2-million-gallon wet weather storage tank that will help reduce sanitary sewer overflow during heavy rainfall.

The project was a partnership between Virginia Beach Parks & Recreation and the Hampton Roads Sanitation District.

"This has really turned into a win-win," said Bruce Husselbee, Director of Engineering for HRSD. "They had a park that needed some work done, we really needed a site for this equalization tank and the skaters are the ultimate winners here."

During storms and heavy rainfall, rain and groundwater can enter the sanitary sewer collection system through leaks in manholes and underground pipes.

The new underground tank will serve as temporary overflow storage before the diluted wastewater is pumped back into the system and sent to an HRSD treatment plant.

Hussellbee said this infrastructure will also limit potential impacts to the environment from wastewater getting out of the system.

And thanks to a carbon-based odor control system, skaters and park-goers won't have to worry about any bad smells associated with a huge waste-water tank.

"Nobody wants a sewage tank in their backyard," Husselbee said. "But we found a place that was kind of a compromise."

Team Pain, a national skate park design company, designed and built the park with input from the community gathered online and through workshops.

Virginia Beach Parks and Rec invited a few local skaters to try it out on Tuesday.

"I've seen a couple pictures online, and now that I get to skate it I think the park skates even better than it looks," said 10-year-old Trip Boyce.

In addition to the new skate park, the city added a new playground, replaced the restrooms, upgraded the pavillions and improved parking.

Travis Cazares, who took part in some of the design workshops, said he was glad to make it to the sneak peak on Tuesday.

"I don't think I'm going to come here for a few months so that the crowd dies down a little," he said.