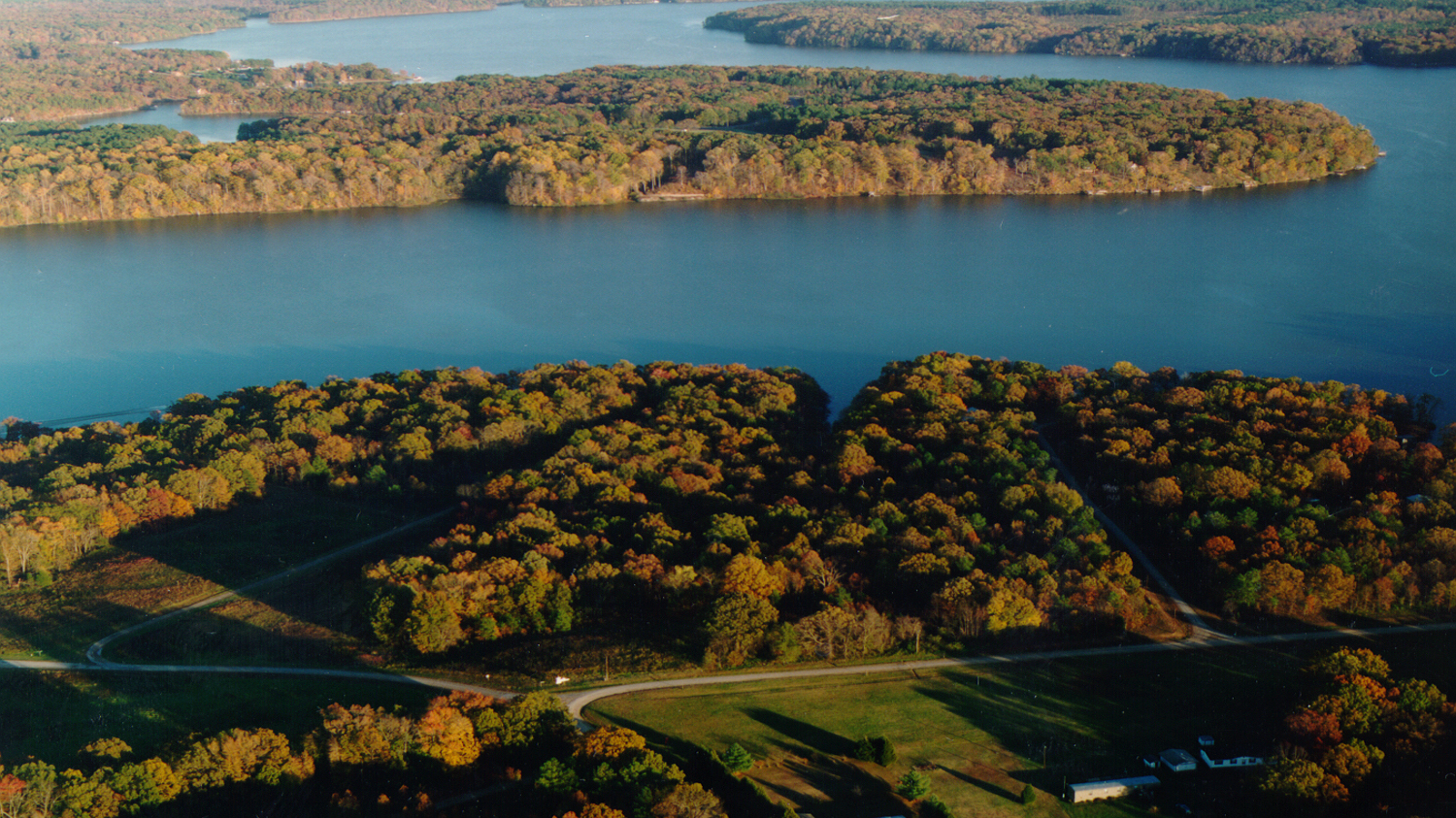 By 1991, Virginia Beach was in a nine-year legal battle with both North Carolina and cities in wester Tidewater to secure water from Lake Gaston.

Water was the defining issue in the fast-growing city.  The city had instituted water rationing measures and a moratorium on building because they didn’t have enough of it.

Former city Council member Nancy Parker said it was a full effort by city officials to secure the water.

“We can do the political part but what those folks accomplished was pretty monumental,” she said. “It was not a single group, but it was an all hands on deck moment to make this happen.”

Today, 60 million gallons of water is withdrawn from Lake Gaston every day.

In the 24 years since the pipeline began operating, the city of Virginia Beach flourished with new residential and commercial development, only possible with a secure water source.

On Nov. 7, 1997, 15 years after authorizing the pipeline, city and state officials gathered while a Nor’easter raged in Windsor, the site of the main reservoir for the pipeline’s water.

After a series of speeches, a signal was given for the pump house to begin operating and release water into the pipeline and flow into the reservoir.

It didn’t go as planned.

“Somebody down at the pump station was given a command by cell phone to start it and we had timed this many, many times leading up to this ceremony,” Leahy said. “It was going to take exactly 5 minutes from the time they hit the switch to the time the water would start flowing over this structure like a giant waterfall.  Five minutes passed and the water didn’t flow.”

After several phone calls and 10 minutes, the water made its way to its landing spot.

A disposable lighter had gotten stuck in one of the many pipeline valves.

Legal Challenges In The Way

What seems like an engineering marvel is, according to Leahy, actually not that unique.

“These kinds of projects are incredibly commonplace on the west side of the country where there are dramatically structural water shortages and if you don’t move water around, they wouldn’t exist,” he said. “In this part of the country, we are very wet. We get more rainfall in a massive drought than the west gets in a record year flood.”

In a bold move, with unresolved legal challenges (but confident they would win), the city began construction of the pipeline in the early 1990s – after a decade of planning, lawsuits and applying for permits.

Leahy said this allowed the city to build the pipeline with minimal impact to the environment and  bypass litigation from private property owners.

“By using that right of way, we avoided cutting down additional forest. Whatever we disturbed, we buried line and restored back to its original condition. It was essentially zero impact and that was done deliberately,” he said.

Residents around Lake Gaston opposed the pipeline, fearful that it would disrupt the tranquility of the area.

Virginia Beach City Officials pledged to make a pump house that would blend in as much as possible.

Leahy said they designed it to look like a vacation home so that it would blend seamlessly into the neighborhood.

“We promised and pledged that the facility would be attractive and make noise," he said. "We said what would Virginia Beach residents tolerate if we were building a pump station on the Lynnhaven.”

40 years later, when Leahy retired from the city, the pump house at Lake Gaston was named after him.