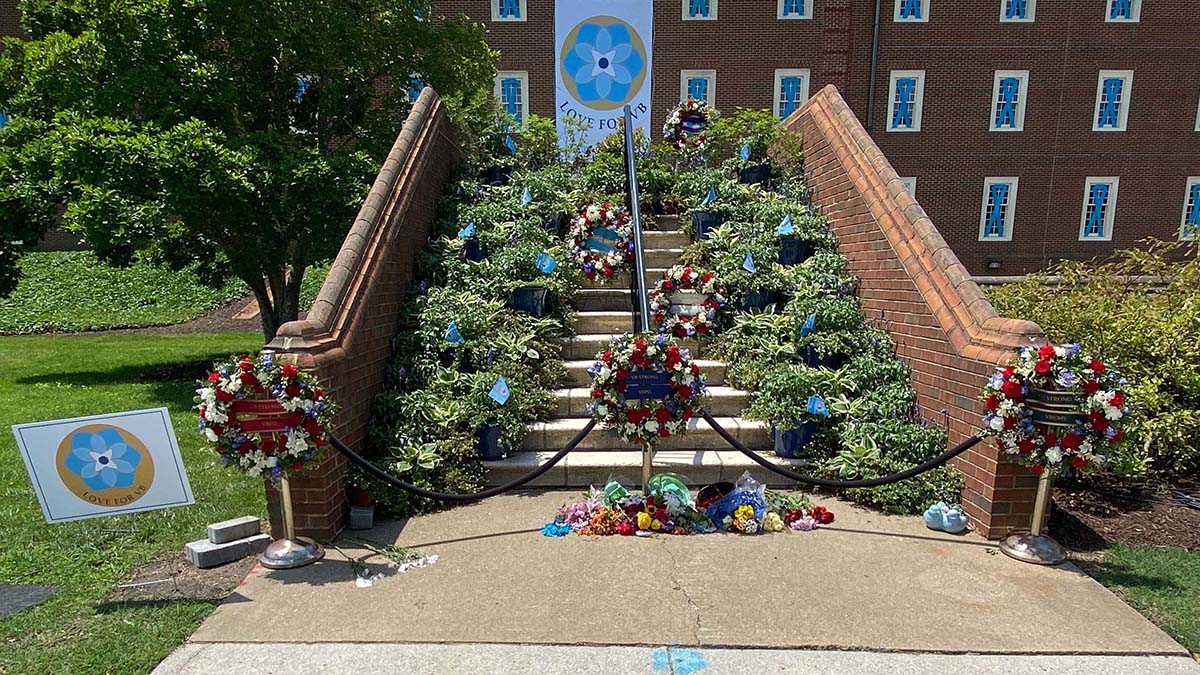 Photo by Sam Turken. It's taken two years for law enforcement agencies to determine a motive behind the 2019 mass shooting.

The FBI said it believes the gunman in the 2019 Virginia Beach mass shooting “was motivated by perceived workplace grievances.”

In the bureau’s final briefing on the deadly shooting, a team from the Behavioral Analysis Unit offered its assessment of the gunman, describing him as someone who fixated on these grievances for years and struggled with mental health.

The shooter, a 40-year-old engineer with the city, killed 12 people and wounded four others at the Virginia Beach Municipal Center on May 31, 2019. He was then killed in a shootout with police.

WHRO is not using the shooter’s name to avoid giving him attention for his actions.

The FBI said the shooter “struggled” with the way others perceived him at work. He had an “inflated sense of self-importance,” which made him believe people were constantly slighting him, according to the report. And he viewed violence as a way to “reconcile this conflict and restore his perverted view of justice.”

The report said he began to isolate himself socially from others as early as 2014, which made it difficult for anyone to recognize behaviors that precipitated the attack. Finally, the FBI found the shooter suffered from “significant mental health stressors,” but the bureau cautioned mental health challenges alone cannot explain the attack.

The analysts also warned that only the shooter himself knew his real motive for this act of violence, but they believe their assessment is accurate based on evidence collected.

The FBI briefing comes more than two months after Virginia Beach officials released their final report on the shooting, finding no apparent motive for the mass killing.

The city’s report, which followed a 20-month investigation, said the shooter had left no manifesto, threatening social media posts or other statements that could shed light on his actions.

But the Virginia Beach report did include an in-depth profile of the gunman and his work history with the city, which drew many of the same conclusions as the FBI.

According to the city’s investigation, members of the shooter’s family observed that he began to withdraw socially after his divorce in 2017.

At work, he received a reprimand for his performance in July 2018, and in response, filed a grievance arguing he was being “overtasked.” One witness said the shooter believed he was being singled out because he was Black.

Police Chief Paul Neudigate said in March he couldn’t determine whether the shooter acted because of any workplace issue. He said the department does not deal in what is “likely.”

“The department feels a little defeated because they knew the community was looking for this answer and we were unable to provide it,” Neudigate, who was not working in Virginia Beach until after the shooting, told WHRO.

“We’re sorry, but we have to go where the facts and evidence points us.”

In the initial aftermath of the shooting, former city manager Dave Hansen -- who later resigned -- said he did not believe the shooter had any disciplinary issue, a statement which later provided wrong.

The city’s failure to draw concrete conclusions about the shooting frustrated some of the victim’s family members, who told The Washington Post they saw evidence the workplace grievances motivated his actions.

In its report, the FBI said it found the gunman to be similar in many ways to other active shooters it studies.

“Mass shootings are a predatory act, generally planned with purposeful violence intended for an identified target, person, place or institution,” the briefing said.

The FBI’s Behavioral Analysis Unit conducts reviews in the aftermath of mass shootings at the request of law enforcement agencies, in this case the Virginia Beach Police Department.

The analysts also offered sympathies to the victims and their families: “Our hope is that by helping develop a better understanding of why people commit these horrible acts of violence, we can ultimately help prevent future tragedies.”