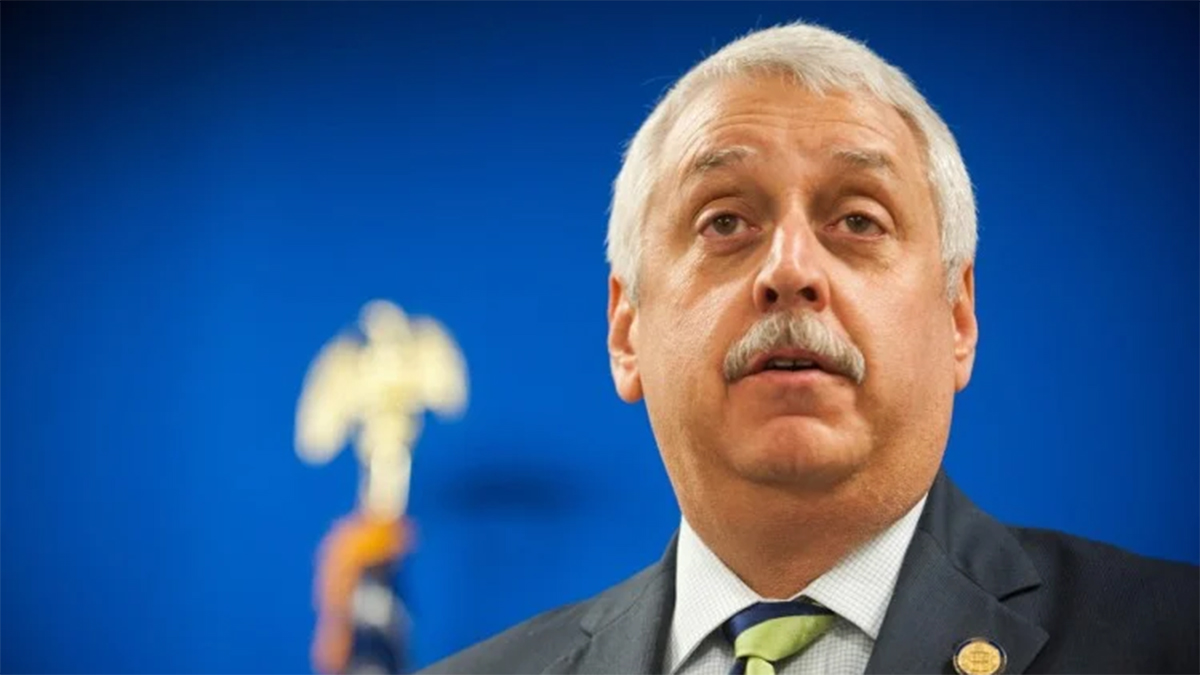 Photo by Craig Carper, VPM News. Portsmouth Del. Steve Heretick is battling a 2017 case that places him at the center of an alleged fraud scheme as he faces two challengers in the June 8 House of Delegates primary.

Democratic Del. Steve Heretick (D-Portsmouth) was deposed earlier this month in a lawsuit that alleges he was involved in a scheme to illegally take advantage of thousands of people who received settlements from injuries or workplace accidents.

Heretick denies any wrongdoing. His case has drawn little media attention since a 2018 story in the Virginian-Pilot.

But his deposition -- sworn, pre-trial testimony -- is the latest sign a federal court is taking the complaint seriously. It alleges the lawyer played an instrumental role in an industry that many consumer rights advocates say is predatory.

At the same time, Heretick is waging a political battle to keep his seat.

The former member of the Portsmouth City Council ran unopposed in primaries after his first House of Delegates win in 2015.

This year, he is facing challenges from community organizer Nadarius Clark and music educator Dante Walston.

Heretick leads in fundraising as of March 31 and has been endorsed by U.S. Rep. Elaine Luria (VA-2nd) and attorney general candidate Del. Jay Jones (D-Norfolk).

The complaint was brought by Larry Dockery, a former lumber mill janitor who entered into a structured settlement with an equipment manufacturer after his arm was severed by a machine.

Structured settlements are common in personal injury cases ranging from lead poisoning to industrial accidents. Payouts are staggered over an extended period. Boosters of the system say it provides a steady source of income for people who may otherwise not be able to work and helps them avoid the temptations they say come with a large cash payout.

It’s legal for settlement recipients to sell the rights to future payouts in exchange for receiving a lump sum up front.

Dockery did just that, selling parts of his payouts to so-called “factoring companies” on terms that his attorneys described as “grossly unfair.”

Such sales have earned a reputation for being predatory. A 2015 Washington Post story identified a burn victim who sold structured settlements worth approximately $8.5 million in 2015 dollars for roughly $1.4 million.

In their 2017 complaint, Dockery alleged that the factoring companies that bought Dockery’s payment rights, their attorney Heretick, and Portsmouth Circuit Court judges colluded to rubber-stamp thousands of the deals from 2000 to 2016 without the meaningful judicial review required by state and federal law.

The buyers in the so-called 'Heretick Scheme' would allegedly identify vulnerable recipients of the settlements and then win their trust, sometimes with outings to sporting events and strip clubs.

The complaint accused Heretick and the buyers of telling the settlement recipients that their payout sale would be delayed or wouldn’t go through unless they waived their right to an attorney.

Dockery’s lawyers argued the terms of the sales would have immediately caught the eye of truly independent advisors because the terms were so unfavorable. Instead, they alleged, the deals were approved in batches by “complicit judges” on the Portsmouth Circuit Court, particularly now-retired Judge Dean W. Sword.

Many cases were also sealed. Sword could not be reached for comment.

The complaint also accused Heretick of misrepresenting the addresses of some out-of-state sellers of the deals with the goal of getting them in front of the judges. Dockery filed an amended, 2018 complaint that removed references to the allegedly complicit judges.

In 2016, the General Assembly unanimously passed a bill sponsored by Sen. Bill Stanley (R-Franklin County) inspired by the Post’s article that required structured settlement agreements to be vetted by a court where the seller lives.

Dockery’s lawyers say that after the new law, Heretick’s filings seeking approval for the deals slowed to a trickle.

The law is commonly associated with prosecution of organized crime syndicates, but it provides civil remedies as well.

In May of 2019, a federal judge on the U.S. District Court for the Eastern District of Pennsylvania declined motions to dismiss the case from lawyers representing Heretick and the buyers of Dockery’s settlements: 321 Henderson Receivables LLC, J.G. Wentworth Originations LLC, Seneca One Finance Inc. and Structured Settlement Investments LP.

In January, the court ordered Heretick to hand over additional documents, including communication with the firms buying the settlements, rejecting his arguments that the request was overly broad.

The court is currently weighing a motion to turn the case into a class action lawsuit.

The complaint alleges Heretick filed roughly 375 similar petitions per year in Portsmouth, where he told the Washington Post he’d been promised by a senior judge two hour-long slots “to file as many [petitions] as he wanted.”

The class motion filed by Dockery’s lawyers would only cover a smaller number of those filings.

Heretick asked “as a matter of journalistic fairness” that VPM refrain from reporting on the case until the court issues a ruling on the merits themselves, rather than just the motions to dismiss -- a more narrow standard where a judge determines if a complaint states a plausible claim so that the case can proceed.

“I cannot comment on the specifics of this litigation, other than to assert that the allegations which were originally made against me—and which have now changed several times—are entirely untrue and remain unsubstantiated notwithstanding the extensive discovery which has taken place in this case,” Heretick wrote in an email.

Heretick’s lawyers have noted that Dockery and other sellers signed paperwork stating they’d been informed of their right to an attorney.

They’ve also distanced Heretick from the buyers, arguing in a March 2019 filing that he “did not participate directly or indirectly” in the buyers’ business affairs.

McCarron said Heretick was not interested in a settlement.

They’ve continued to defend themselves, arguing in a filing earlier this year they operate in a “highly-regulated industry” and ink deals that helped people with near-term financial goals. They said they connected sellers with legal representation while acknowledging those attorneys often profited directly from the deals.

A judge granted a default judgment against one of the defendants, Seneca One Finance, after the company failed to respond to discovery requests. Numerous court filings sent to another company, Structured Settlement Investments, have been returned to the sender with no forwarding address.

Lawyers for both Heretick and Dockery say more evidence supporting their claims will come forward as part of filings due June 15. Those filings will likely include testimony from both men.

Tom Papson, a lawyer with Legal Aid of the District of Columbia who regularly advises clients on structured settlement sales, disputed the notion that the industry was well regulated.

When people enter into a deal with a factoring company without independent advice, he said “it's almost never the case that they get a fair deal.”

“There were billboards in Baltimore City that said, you know, ‘Lead victims, get cash now,’” Frosh said. “They realized, ‘Oh, here is a gold mine…. We know where to get it, we know where to mine it, and we're going to go get that money.”