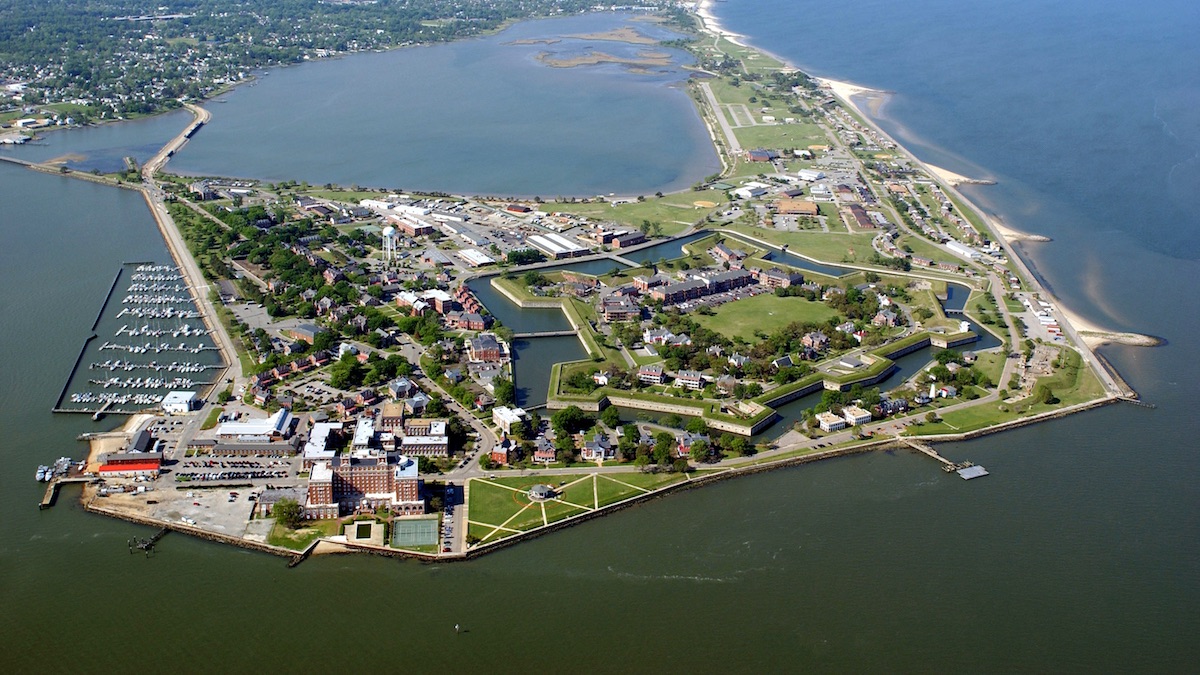 Photo by US Army. Fort Monroe aerial photo. A $40 million development project is coming to the area's marina district.

Fort Monroe Is Getting A $40 Million Update

The transformation of an internationally recognized site enters a new stage as the Fort Monroe Authority approved a ground lease for a $40 million development project.

This deal is part of a series of changes in the area, which started in 2005 when the U.S. Department of Defense's Base Realignment and Closure Commission recommended closing military bases across the country.

Fort Monroe closed in 2011, which resulted in 3,500 jobs leaving the base and hundreds of buildings standing empty.

Throughout this period, the state continued to operate the marina.

In August 1619, the first enslaved African people arrived in the English colonies in the Fort Monroe area, which was known as Point Comfort.

Fort Monroe later became a refuge for those escaping slavery in the South, and it was one of the first places enslaved people were granted freedom during the American Civil War.

“It is about a million and a half dollars just to keep them minimally heated and cooled," he said, describing the empty buildings at Fort Monroe.

In June 2018, the Fort Monroe Authority started a national marketing campaign to find developers capable of reusing parts of the area. The authority received 18 proposals.

The marina is only one of the four areas the authority plans to redevelop.

"I think it's moving from what was a bigger focus on real estate redevelopment to a bigger future focus on the history and the stories of the place," Hutcheson said.

“Pack Brothers Hospitality shares our vision, and I am thrilled to see a Virginia company win this contract," he said in a press statement.

"Our Administration remains committed to protecting this historical and natural area, expanding access to its recreational opportunities, and maintaining Fort Monroe as a place that is desirable to live, work, and visit now and for generations to come.”